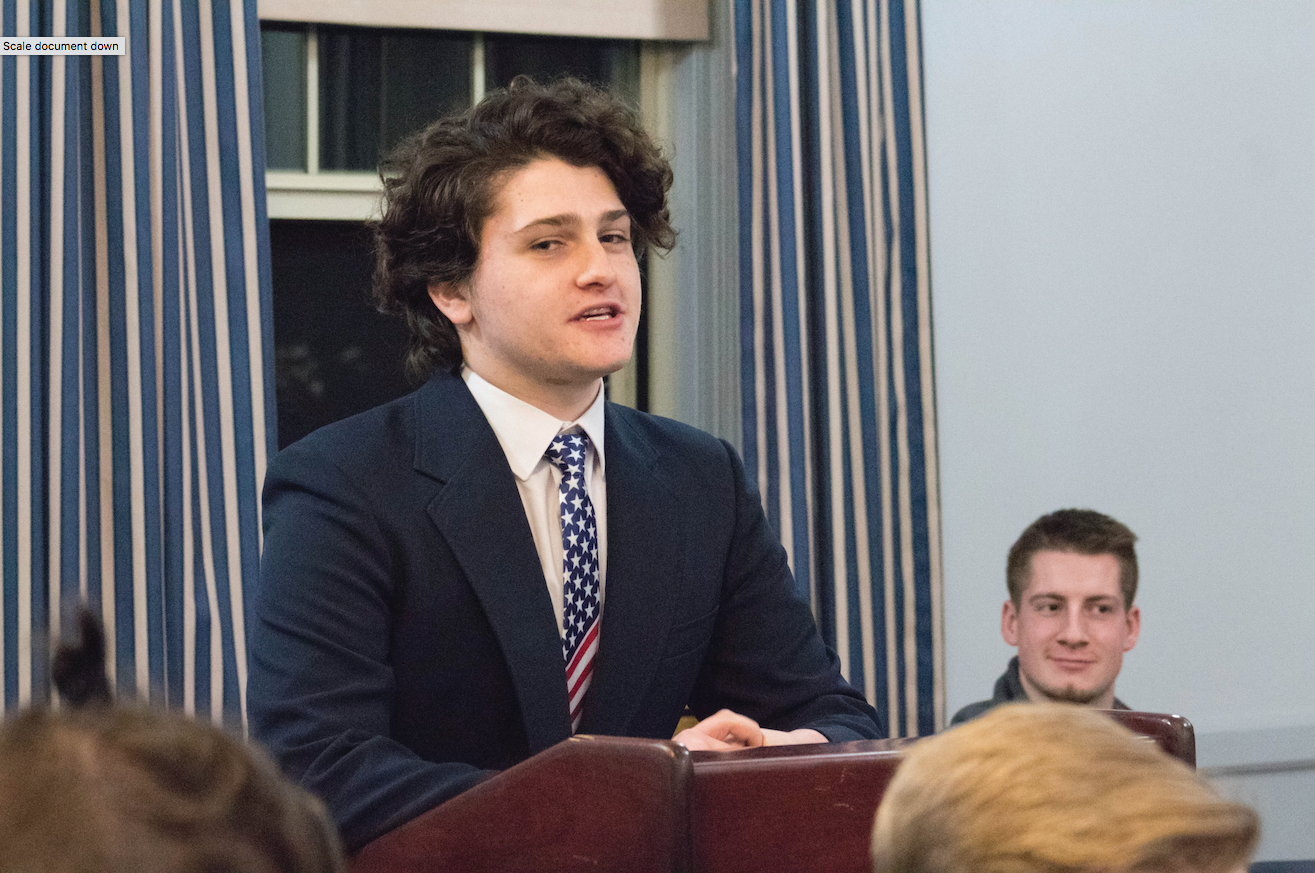 Second-year political science student Zach Wyles has announced his bid for the position of University of Maine Student Government (UMSG) vice president. Wyles has served on the UMaine Student Senate for two years, amounting to four semesters, and has aided in the operation of various committees within the Student Senate. The role, which is currently filled by third-year mechanical engineering student Chase Flaherty, assists the president with the running of the UMSG and aids in the approval and implementation of committees that function within the UMSG.

Wyles, who grew up in Old Town and attended Old Town High School, has had experience with student leadership since youth. When he was in middle school, he joined the student council because his friends were getting involved, and he wanted to gain an understanding of his community.

“I used to be a very introverted person,” Wyles said. “It kind of started as a side [interest].”

However, Wyles was encouraged to continue to engage with his student council by a teacher that he had in his freshman year of high school, who he says was always encouraging him and his peers to stay informed on and make a difference in their community.

“I was really shy, going into high school,” Wyles said. “Having an encouraging teacher really helped me to come out of my shell. It was way easier for me to approach people, and it’s really aided me as a person.”

“I got a direct view of the leadership in my community, on the student level as well as being able to see the town leaders making decisions. It was an honor and a privilege,” Wyles said. “In my time on the high school council, when I saw a lack of leadership [in the previous president’s term], I wanted to propose much more action. Seeking what the community wants as a part of your interaction [with them] is important to me.”

Should he be elected to the position of vice president of UMSG, Wyles is looking forward to working on two initiatives that he feels are important: student body outreach and addressing student mental health on campus. He said that while he had the immediate pull to join UMSG in his first year at UMaine, many undergraduate students do not know the full role of the UMSG on the UMaine campus. Many of the students that Wyles has talked to throughout his campaign have expressed gratitude over the facilitation of student organizations that the UMSG conducts but are unaware of the other issues that the UMSG works to address. He hopes to expand the interaction between the UMSG and the student body on campus.

Wyles also hopes to work with UMSG presidential candidate third-year political science and economics student Harrison Ransley, should he get elected to the position of UMSG president, on the student mental health initiative. Ransley has worked throughout his time as a senator and committee chair in the UMSG to initiate a campus-wide response to the mental health needs of UMaine students, as it has become a pressing community discussion.

“While I am not personally able to understand the issues that these students [dealing with mental health issues] face, I want to recognize my privilege,” Wyles shared. “Hearing about how hard those students work through these challenges inspires me to do something.”

“I’m really looking forward to the opportunity to make a positive change for students on campus,” Wyles said of his campaign for UMSG vice president. “I hope the initiatives that Harrison and I will be working on closely together will have an impact. Being in a partnership with someone as passionate [about making change] as [Harrison is] will create the momentum needed.”

Wyles looks to go into politics after he completes his undergraduate degree. Through all of his interactions with various communities in and around Orono, Wyles expressed he has found a passion for making positive change.

“It’s really important to me to invest in democracy,” Wyles noted.