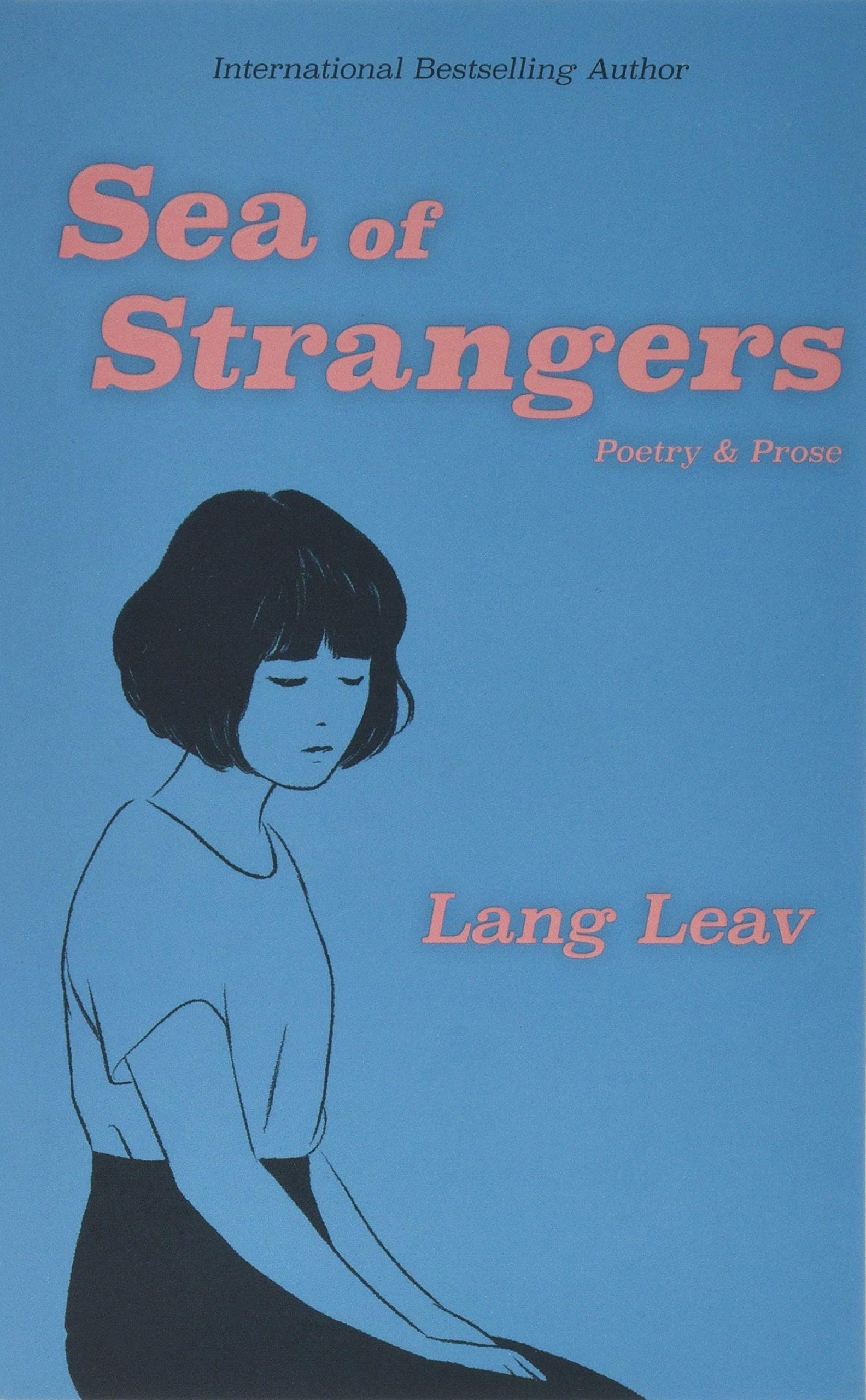 “Sea of Strangers,” written by Lang Leav and published in 2018, is a collection of Leav’s trials attempting to grasp her own process of loving someone. In one of her most recent poetry and prose collections, Leav focuses on love within the realm of the time and distance the vastness of the sea supplies, unveiling reflections upon a past relationship in a cool, blue recollection.

Reading along the same vein as “Milk and Honey” by Rupi Kapur, this collection requires only a moderate sum of emotional investment, as Leav’s poems and prose only lets the reader glimpse the surface of her headspace. It serves as an easy introduction to reading poetry without the worry of misunderstanding or putting in a time commitment longer than an afternoon.

“Sea of Strangers,” with the progression of infatuation, loss and guilt, extending through the addition of pockets of revenge later on, appeals to those who have loved before, though surely those who have not will still take away the heartache and healing Leav expresses in her short narratives. Throughout, Leav attempts to justify her feelings and affirm her emotional journey, validating the tug of war between love and hate when traveling what seems the distance of a sea. Both time and the infinite come into question — when alone, seconds seem like hours, and with the shadow of her love interest, hours seem too short, highlighting regret and her fall from happiness.

Surprisingly, although the collection is titled “Sea of Strangers,” there is only a smattering of ocean and water imagery, almost not enough to make a firm connection between the poems themselves and the theme presented by the title. Additionally, literary devices such as metaphor and simile sometimes appear weak and obtuse among her writings, such as “love is a dormant volcano,” among images of a “red balloon” and a “drowsy kitten.” Though it is hit-or-miss, some phrases appear cliche. If this serves as an introduction to poetry, this won’t seem like an issue, but for avid readers, the cliche will stand out and become grating when progressing through the end of the book.

This is not to say the collection is tedious. Leav switches form throughout the book, transitioning from poetry to introduce the themes and main ideas, to loose form to extend upon those concepts. She also reflects using a prose format, creating vignettes for the reader to leap into her world for a brief moment. Leav expertly captures many angles of the same view without the content becoming overly repetitive, which particularly shines in her prose.

Often, these excerpts are vignettes between herself and her mother, lover or her past self, offering advice or posing questions to get at a greater, common truth. Leav offers more detail in prose than in any other form featured in this collection, allowing the reader to take in the narrator’s five senses. It is evident that Leav either feels the most comfortable writing in this form, or has put in the time to make it seem the easiest. Since two of Leav’s more recent works are young adult novels exploring the topics of love, friendship and coming of age, readers can look forward to immersing themselves in rich, vibrant stories through those works.