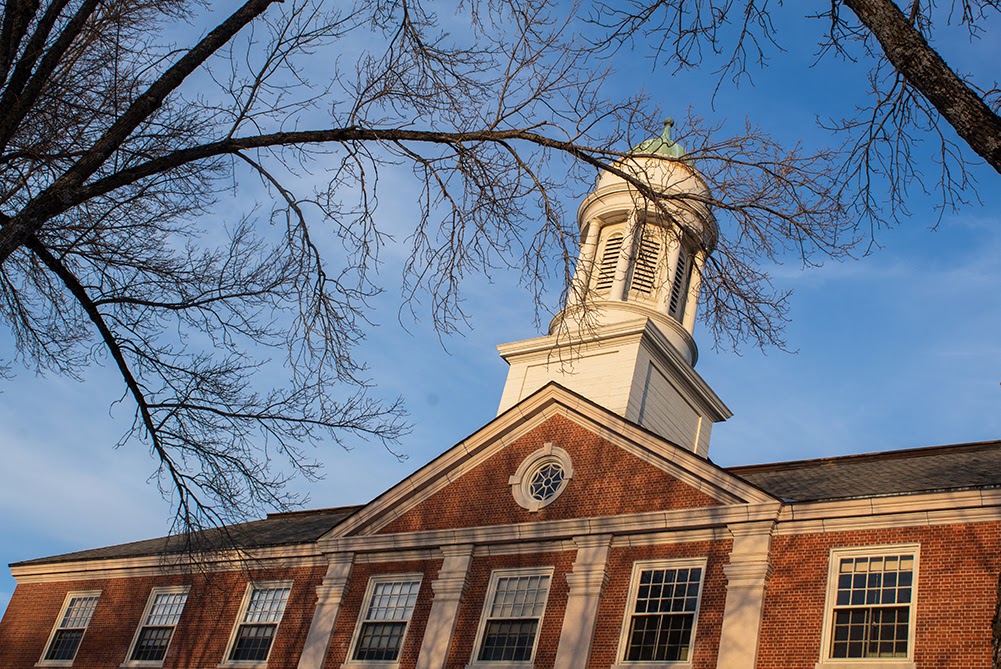 Stevens Hall is the home of the history department at the University of Maine. Photo by Antyna Gould.

On Sept. 21, professors and students hopped onto Zoom to witness the first history department series lecture of the semester, “Memory Matters: Interpreting early American women’s artisanal labor in museums and historic sites.” The free event was hosted by Professor of History Liam Riordan, and co-hosted by the women’s, gender, and sexuality department.

The speaker at the meeting was Professor Marla R. Miller. Miller is the associate chair and director of the public history program at the University of Massachusetts Amherst, professor of history and president of the national council on public history. She explained the history of women’s work during the lecture along with the prevalence of the misinterpretation of working women from the 18th century. Miller worked closely with other historians, professors and authors to learn about the topic and the lecture material she presented during the symposium.

Miller is an author, co-author and editor of seven books. Her most recently published text was a book with Johns Hopkins University Press titled, “Entangled Lives: Labor, Livelihood, and Landscapes of Change in Rural Massachusetts,” released in 2019. It is about women’s work in late-18th century America, and how our views of gender roles and gendered social relationships have changed, and also how they have remained the same over time.

Miller’s first book titled, “The Needles Eye,” which was released in 2006, unpacks the stereotypes of women in early American history who were seen as good, gentle, submissive and involved in strictly domestic work such as sewing or embroidery. The text also deals with the discussion of women’s roles in the late 18th century, as well as the overall history of women’s artisanal work and the many ways in which it was underestimated and unappreciated.

Women are often portrayed in portraits and images from the late 18th century as calm, peaceful workers who liked to get things done while alone and in isolation. Miller discussed the hidden meanings and realities behind these images and the fact that women’s work was a lot harder than history has made it seem.

Miller used the lecture’s hour and a half to dive into her research and share with the virtual audience different tools and techniques that women used to make clothing and other necessities before technology advanced. An example of those tools included a process called “Pinking.” Women used to “pink” by using a pinking iron to cut fabric in order to get a sawtooth edge that would prevent fraying.

Miller provided examples to accompany the lecture material and give viewers a glimpse into the daily life and duties of a working woman. She also discussed other aspects of women’s work that included sewing, needlework, fabric making, spinning wheels and other processes that encompassed many women’s daily lives in the 18th and early 19th century.

The history department is hosting two other events as a part of their symposium series, both involving guest lecturers speaking about their research and historical background. The next event is Monday, Oct. 19 at 2 p.m., which features Khurum Iqbal from the National Defense University in Islamabad who will be discussing the evolution of terrorism in Pakistan. The last event of the semester will be a lecture by Tina Loo, a professor at the University of British Columbia on forced relocation in post-war Canada on Monday, Nov. 16 at 6 p.m.