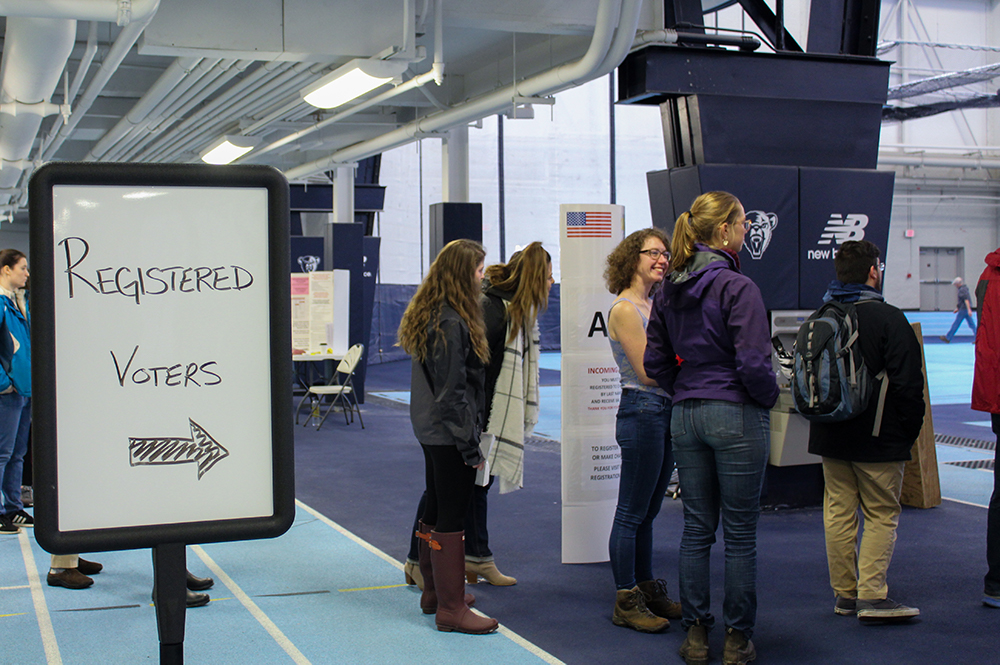 Robert Glover, professor of political science and preceptor for the Honors College at the University of Maine, has been awarded a $20,000 grant from the non-partisan student voting organization Ask Every Student. The grant is to be used to hire approximately ten student voting ambassadors, who will be tasked with assisting in voter registration, absentee voter requests, voter turnout and campus-wide voter education. The goal of this initiative is to encourage voter turnout come election day on Nov. 3rd.

According to UMaine News Glover will be funding mini grants worth $500 with a portion of this money.

“Election Engagement mini-grants are available to all members of the UMaine community, with applications accepted online on a rolling basis until program funds are expended. Applicants proposing on-campus activities must submit an event planning form to obtain approval for in-person events before grant funds are disbursed,” the UMaine website notes. Glover hopes that this money will be used to fund non-partisan political activities that would encourage everyone to vote in November.

Ask Every Student is an organization that seeks to collaborate with leaders and institutions in order to increase voter turnout and knowledge around voting. The organization seeks to help community members develop tactics and skills that colleges can utilize to spark student interest in the democratic processes. According to Ask Every Student, building a human-centered social design process for voter education is the key to engaging students. Through several workshops with voter advocates, educators and students alike, the organization has been putting together a toolkit that will help universities maximize voter turnout among their students.

This social design process began in 2019, with the National Campaign for Political and Civic Engagement’s (NAC) annual conference at Harvard Kennedy School’s Institute of Politics. This convention was created in 2003 by Harvard’s Institute of Politics, for the purposes of encouraging political participation among America’s young people. In 2019, 19 universities attended the convention, which paved the way for the design of the voter encouragement program.

In the 2016 election, Maine had 72.8%  of eligible voters cast ballots, which put Maine behind only Minnesota, which had 75% voter turnout, when it came to voting. This means that Maine had the second-highest voter turnout in the country for the 2016 election. With the drive and commitment of Glover and the student voting ambassadors he hires, UMaine has the potential to generate even more positive turnout this election year.