The judicial nomination, and voters, deserve more consideration than 44 days can afford 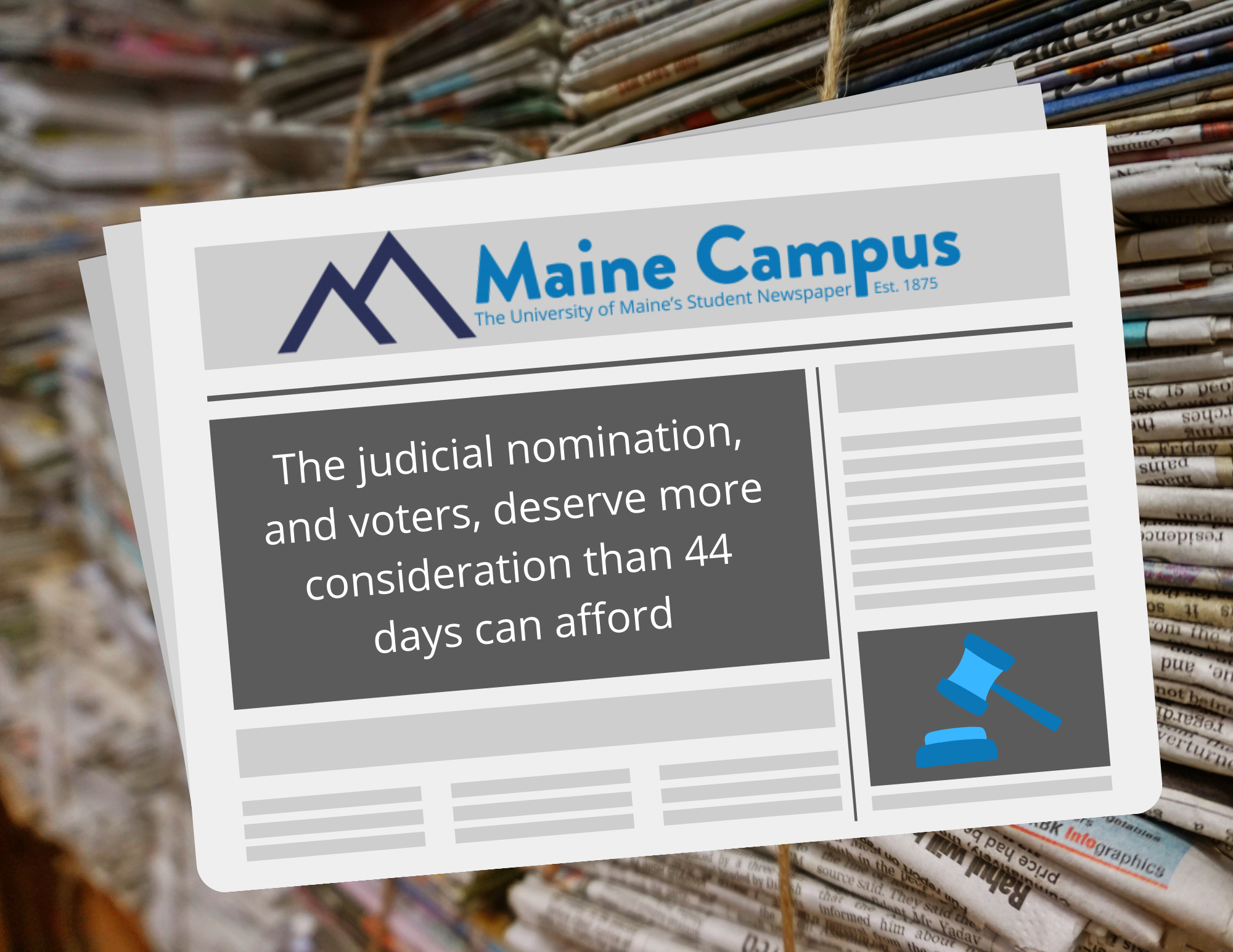 On June 22, 1993, Justice Ruth Bader Ginsberg, who had been serving on the United States Court of Appeals for the District of Columbia Circuit, was confirmed to the U.S. Supreme Court with 96 of 100 senators voting in favor. While a fierce advocate for gender equality throughout her career, Ginsberg was considered a moderate judge that appealed to both parties. On Friday, Sept. 18, she died at the age of 87. As of Monday, the country sits at 44 days from an election, and as Republican Party leaders prepare to confirm a new nominee in a process that will be both quicker and immeasurably more partisan than that of 1993, it is vital that Americans keep a close eye on the decisions being made in the Senate as they prepare to cast their ballots.

Before addressing the present vacancy on the Supreme Court, it is important to look back to the March of 2016, and former President Barack Obama’s nomination of Merrick Garland to the Supreme Court following the death of Justice Antonin Scalia.

Article 2, section 2 of the Constitution states that the executive “shall nominate, and by and with the Advice and Consent of the Senate, shall appoint… Judges of the supreme Court.” This fragment of the Constitution materialized into the following process: the president sends a nominee that they select to the Senate Judiciary Committee for consideration, the committee holds hearings with the nominee and makes a recommendation to the Senate, that then holds a debate and takes two votes, one to end the debate, and another the confirm the nomination, both of which require a simple majority vote (a tie can be decided by the vice-president).

This process was stopped dead in its tracks in 2016 when the Republican-controlled Senate, led by Majority Leader Mitch McConnell, refused to not only hold a vote for Garland, but to even hold a judiciary committee hearing. With the general election seven months away, McConnell declared to the Senate, “our view is this: Give the people a voice in the filling of this vacancy.” On Sept. 18, less than two months from the 2020 election, McConnell issued a statement on the passing of Justice Ginsberg, and closed it with a declaration: “President Trump’s nominee will receive a vote on the floor of the United States Senate.”

As to be expected, McConnell’s statement has sparked outrage and accusations of hypocrisy among Democrats in Congress and across the country. With a 53 to 47 Republican majority in the Senate, four senators would have to cross party lines and leadership in order for a confirmation not to go through. Two senators, Lisa Murkowski of Alaska and Susan Collins of Maine, have disapproved of the possibility of a nomination before the election.

This moment seems to be a test designed specifically for Susan Collins at a turning point in her three-decade long career. She is facing her most difficult election yet against Maine House Speaker Sara Gideon, and a controversial vote to confirm Justice Brett Kavanaugh to the Supreme Court in 2018 has been a decision that Gideon has repeatedly used against Collins in campaign ads and debates.

In what might be considered an appeal to Mainers who have voted for Collins on the basis of her reputation as one of the Senate majority’s few moderates, Collins issued a statement to Twitter on Saturday stating that, “the decision of a lifetime appointment to the Supreme Court should be made by the President who is elected on November 3rd.”

Collins’ statement is essential because it conveys something that is sorely lacking in those from McConnell and other party leadership — that being a sense of what is at stake. Blocking Merrick Garland may very well have been an earnest attempt to promote the voice of the American people for some senators. However, during the current charged political environment, it is hard to determine the true motivation behind the process to determine the next Supreme Court appointment. Collins’ seizes on the phrase “lifetime appointment” because she, as a senator possibly facing electoral defeat, understands the weight of permanence.

Many of the Supreme Court’s most recent landmark decisions would not have passed without Justice Ginsberg’s presence. Major cases on redistricting, Deferred Action for Childhood Arrivals (DACA) and gay marriage were all 5-4 decisions. Ginsberg voted on three separate occasions to keep the Affordable Care Act (ACA) in place, and with another case challenging the landmark Obama-era legislation scheduled to be heard by the court just a week after the election, many Americans with pre-existing conditions who are supported by it are rightfully concerned.

With so little time left before the election, leaders in the Senate should look back on 2016 and dedicate serious consideration to deferring to their constituents. A judicial nomination is not something to be rushed, pushed or jammed through. In fact, it should be met with the same precision and exacting gaze that the “Notorious RBG”, as Ginsburg was affectionately dubbed by the internet, so famously approached every decision with.