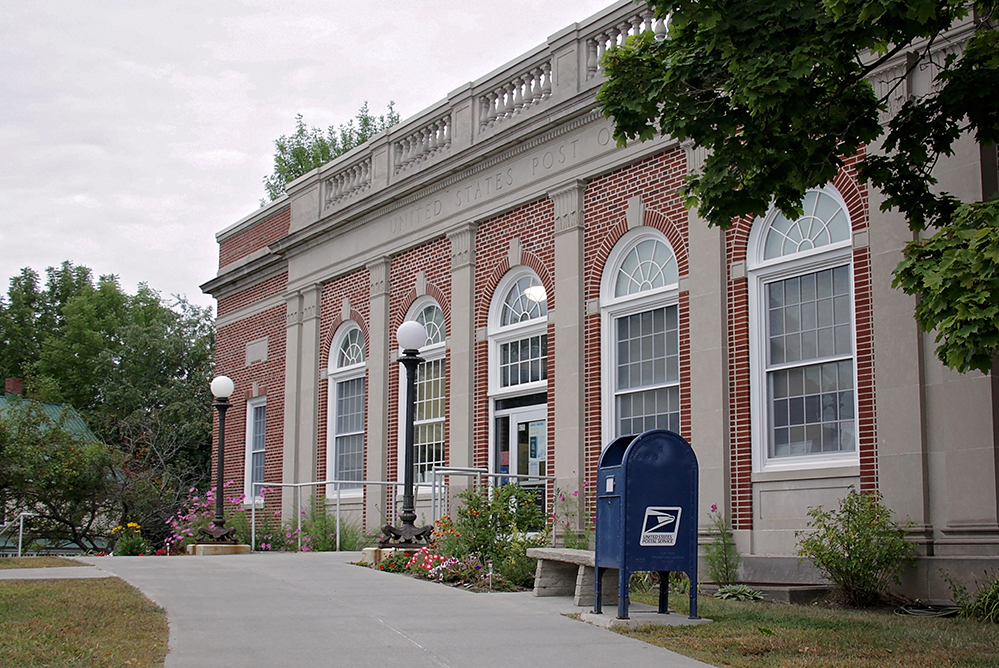 The United States Post Office entertains the idea of acting as a small bank for local businesses. Photo by Lauren Erlanson.

The federal government tends to hold onto its bad ideas for far too long while inhibiting all of its good ones. There is a government service that actually works, but was put into dire straits by laws requiring them to fund retirement 75 years out. This institution is as old as the nation: The U.S. Postal Service (USPS). A way to revitalize the Postal Service is to reestablish a postal banking system.

A modern American postal banking scheme is necessary because trust in banks is low. According to PEW, “91% shares of Democrats and Republicans — had a favorable view of the agency,” meaning USPS. Americans do not trust banks, but overwhelmingly trust the Postal Service.

In 2006, Congress passed the bipartisan “Postal Accountability and Enhancement Act.” The Institute for Policy Studies states that this act created a “$72 billion fund to pay for the cost of its post-retirement health care costs, 75 years into the future.” This burden falls on no other government agency, and puts the post office deep into debt.

Postal Banking is a common sense idea that many Americans have never heard of. It had its start in the 1890s as a policy of the Populist Party. According to the Indypendant, it was developed to “protect farmers from being gouged by the owners of banks.” The policy was in effect from 1911 to 1967 and offered basic banking services: deposits, checking, and savings. It started off slow, but “between 1930 and 1934, the amount of deposit increased by almost 700%, from $175 million to almost $1.2 billion,” according to a Colgate University study. The low cost of opening and operating, and a lack of penalties attracted many people that had become distrustful of big banks. The simple banking insulated people’s money from the recklessness of the bigger banks and prevented a run on the postal bank in 1929. The service was terminated in 1967 due to proven reform of the banking system.

The reforms lasted until the deregulation of the banking system in the 80s and 90s, and resulted in the repeal of the Glass-Steagall act, which had separated investment banks and retail banks. This repeal allowed banks to merge and participate in risky investments, eventually becoming “too big to fail.” When the government was eventually forced to bail out these banks during the ‘08-‘09 financial crisis, life savings, retirements and all other sorts of money went up in smoke due to the recklessness of the financial class.

For a system of postal banking to be successful, it would have to maintain the low cost of operation seen in its initial establishment and it would also need a clear commitment to basic banking. This would serve to prevent the bloat of the bank and to keep costs low for the people that would benefit most from postal banking. The infrastructure is in place; nearly every town has a post office. To separate the postal bank from other banks, it would need to prohibit the use of excessive overdraft and account fees, which are akin to taxes for banks. This policy would help working-class people from rural and urban America, providing banking that is accessible and affordable, rather than punitive.

The year is 2020, and in my lifetime I have lived through once-in-a-lifetime financial events: the Great Recession and the COVID-19 recession and unemployment crisis. The circumstances of the 1890s and 1930s have returned. Postal Banking would not resolve these economic downturns, but it would help insulate the most vulnerable people from the chaos of a market in turmoil and reckless banking.