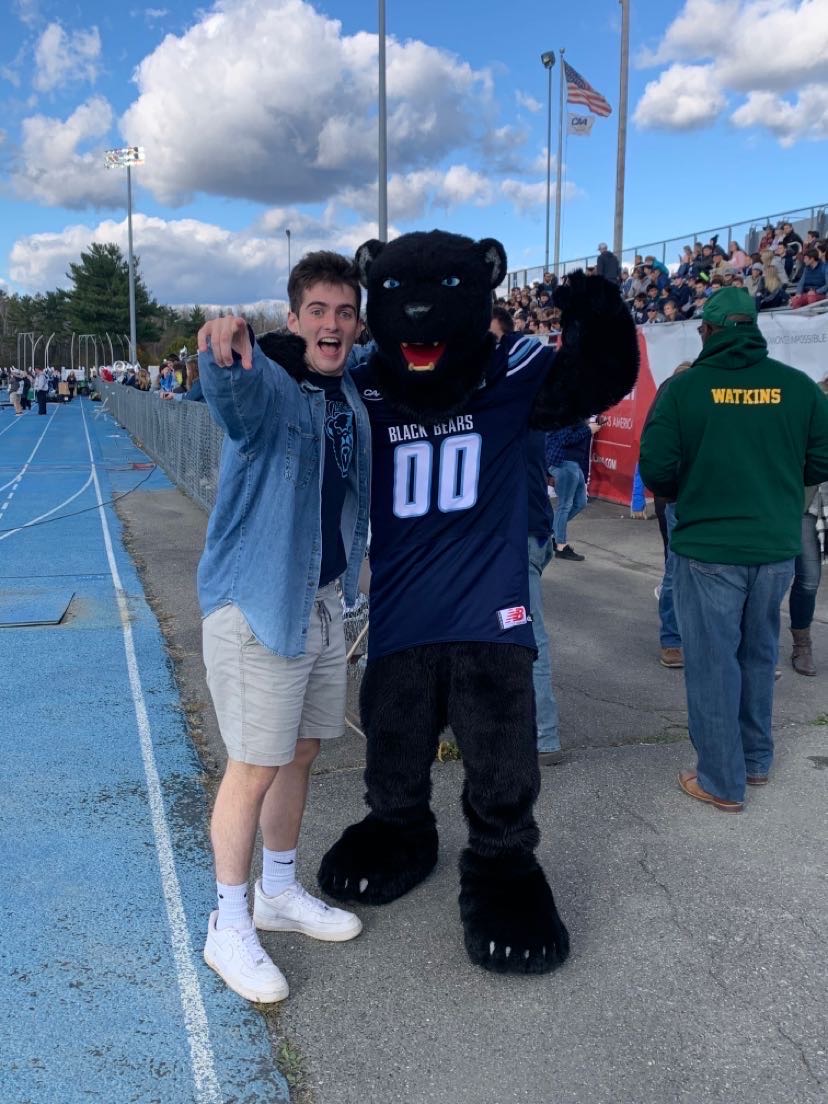 Second-year secondary education and leadership studies student, Garret Smith, feels that there is no better place to focus on self-care and his studies than the University of Maine. Smith challenges us to step back and reflect on what truly is important, and believes that in order to support others, one must put one’s own self-care before anything else.

Smith was inspired to take on teaching from a very young age. He believes helping others who need support is so important that he’s willing to devote his entire college career and adulthood to do so in the classroom. Smith credits his dreams to “the amazing teachers I was blessed to have as a child, and to some of the professors I have had here at UMaine,”​ ​and hopes to achieve his teaching goals at UMaine by applying his ethics education and leadership skills.

“When I first came to UMaine, I was totally unprepared for college,” Smith said. “Over time, with the support of my friends and professors, I was able to pull through.”

For him, the transition to college was a complete culture shock, considering he came from a town in Maine with a population a quarter the size of the UMaine community. Now, Smith is convinced there is a place at the university for everyone to make their own destiny, their own story and embrace whatever life brings one’s way. Smith approaches academics in a similar fashion by not only focusing on his success but also on the importance of students feeling comfortable in the classroom.

Currently, Smith is enrolled in 18 credits, works a fulltime job and involves himself in a variety of ways with the university’s student life. In addition to being a member of the Sophomore Owls, Smith is a new member of Phi Eta Kappa and takes part in the Best Buddies program, allowing him to focus on his future aspirations in both the classroom and the Orono community. In light of all of his commitments, Smith doesn’t have much extra time on his hands. However, when he does find a moment to spare, you’ll see him practicing self-care or spending time with his friends.

Smith and his friends have grown closer over the past year, forming an incredible bond which he cherishes dearly. The group can often be found at their favorite place to eat on campus, Hilltop Dining Commons, noting it’s the best place to create great memories with your group of friends. There are plenty of outdoor seating options to maintain safe social-distancing protocols near Hilltop, which makes it easy to check-in and chill-out. For an off-campus hangout spot, Smith recommends the Nest in Orono as a great place for vegan options.

Regarding COVID-19, Smith notes how the UMaine community has pulled together despite the challenges of communication and quality time lost.

“Being sent home in March opened my eyes to what UMaine is really about,” Smith said. “It’s about people enjoying each other’s presence. Whether that be through classes, sharing a meal at a dining hall, Greek life or just hanging out however you feel most comfortable.”​ ​

He realized that UMaine is about sharing in the college experience as part of a welcoming and positive community. To Smith, this means spending time in classes, sharing a meal with anyone who cares to join him at Hilltop, being involved with Greek life and being spontaneous. Moving forward, Smith hopes that this pandemic will be dealt with using facts of science instead of opinions because he’d love to be able to come to campus more frequently and share his joy of life with the community around him.