Being apolitical is nothing to admire

Home /Opinion/Being apolitical is nothing to admire 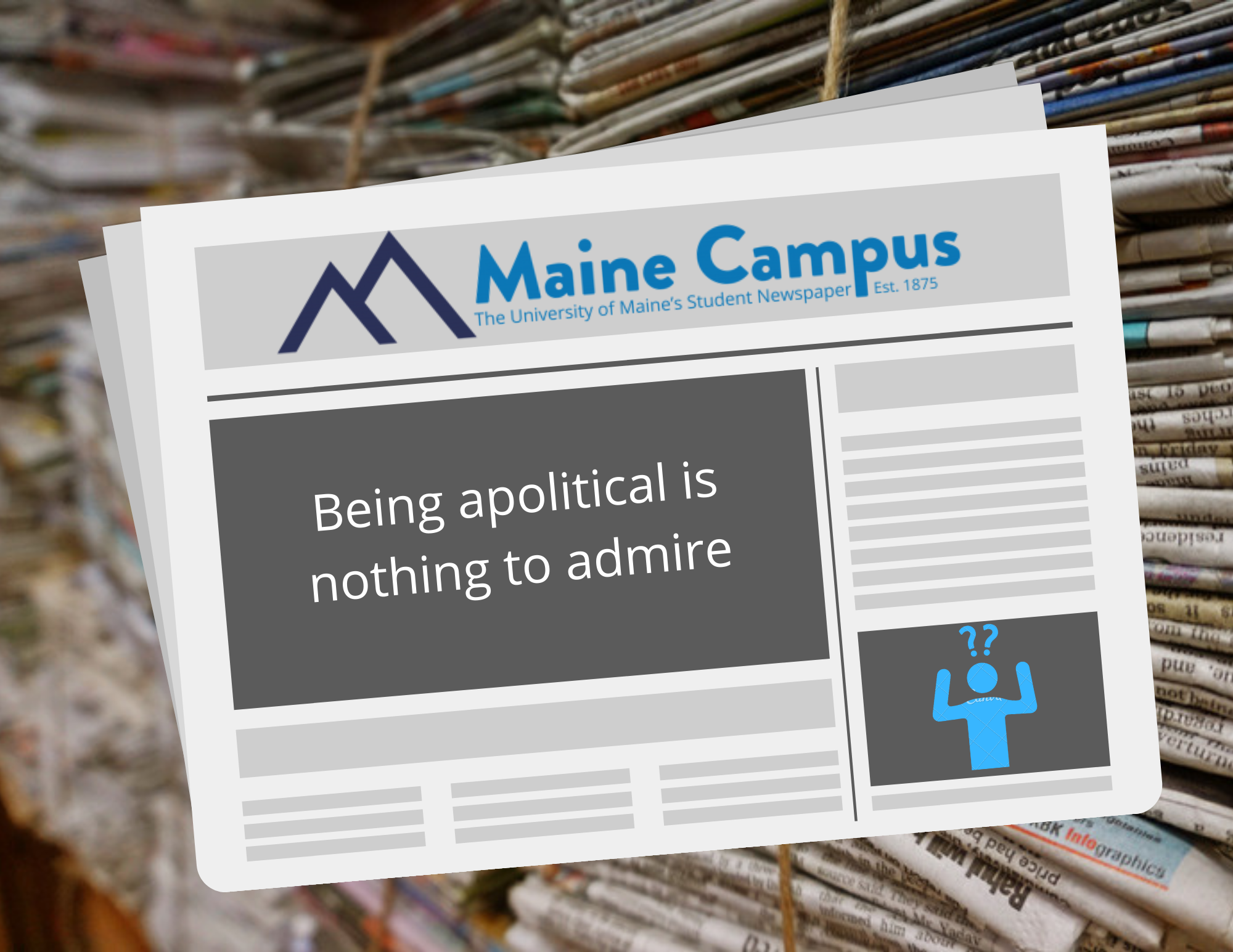 In the 2016 election, 41.6% of eligible voters refrained from taking to the polls on account of being apolitical, according to Everyday Feminism. Apolitical individuals claim to have no interest in politics and therefore do not participate in the political sphere. These people will often say things like, “it doesn’t affect me either way,” or, “I don’t vote but I also don’t complain,” or the far too common, “I just don’t care.” The problem with these statements is that they come from a viewpoint of extreme privilege. The ability to feel like participating in elections is not your responsibility shows nothing but privilege, and this is especially true in 2020.

The results of this year’s election could very well result in life-altering legislative decisions on the issues most important to Americans: the economy, access to affordable healthcare, foreign policy, LGBTQ rights, gun laws, women’s control over their own bodies, immigration laws, climate change — the list goes on. Those that somehow think that they are unaffected by these issues would probably find that they are wrong if they understood the full scope of them.

For those still feeling “apolitical,” consider that over 1,500 immigrant children have been lost by the U.S. border patrol, tens of thousands of people have died because they couldn’t afford health insurance, the numbers of white supremacists and terrorists have increased in the U.S. and been encouraged by the current administration, or that the over 200,000 Americans who have died in the wake of a presidential response to the COVID-19 pandemic that many have condemned as inadequate and irresponsible. If you consider yourself apolitical, imagine your lifestyle being swapped for the lives of one of those people directly affected by these issues.

The fact of the matter is, we are not always voting for ourselves. We are voting for the marginalized, the poor, the sick and those on the west coast who are watching their homes turn to ash. On top of these individual issues, this year’s election holds a little more weight. Foreign Policy magazine calls the 2020 election, “the most important election in American history.” Michael Hirsh, writer for Foreign Policy, explains that this election not only holds the fate of the American republic; the entire world will be directly affected by the outcome of the 2020 U.S. election. This makes sense, as the U.S. is an integral part of the global system, and this is what makes the 2020 election so historic.

The Pew Research Center reports that the most common reason for lack of participation in the 2016 election was dislike of the candidates and their policies. This reasoning will not cut it in 2020. There is too much on the line — the lesser of two evils will have to be enough.

We at the University of Maine are lucky enough to be located in a state that makes it incredibly easy to make your voice heard. Maine provides same-day voter registration, so as long as your voter registration card is brought to your town office by or on Nov. 3, you are all set to be an active member of American democracy. Voter registration cards are available online at Maine.gov under the Bureau of Corporations, Elections and Commissions. In addition to the luxury of same day registration, this year things are a little different. Voters can fill out absentee ballots in person at the town clerk’s office as late as Oct. 30.

Do not be a bystander during one of the most important moments in American history. Get out there and make your voice heard; if not for yourself, then for someone else. Our actions do not always need to be for our own benefit; it’s okay to vote with consideration for another person, or even an entire demographic. Take the time to go to the polling location in your town and vote early, or brave the polls on Nov. 3 (right here at UMaine’s Field House, for Orono residents) and cast your ballot.