Being politically active is about more than just voting

Home /Opinion/Being politically active is about more than just voting 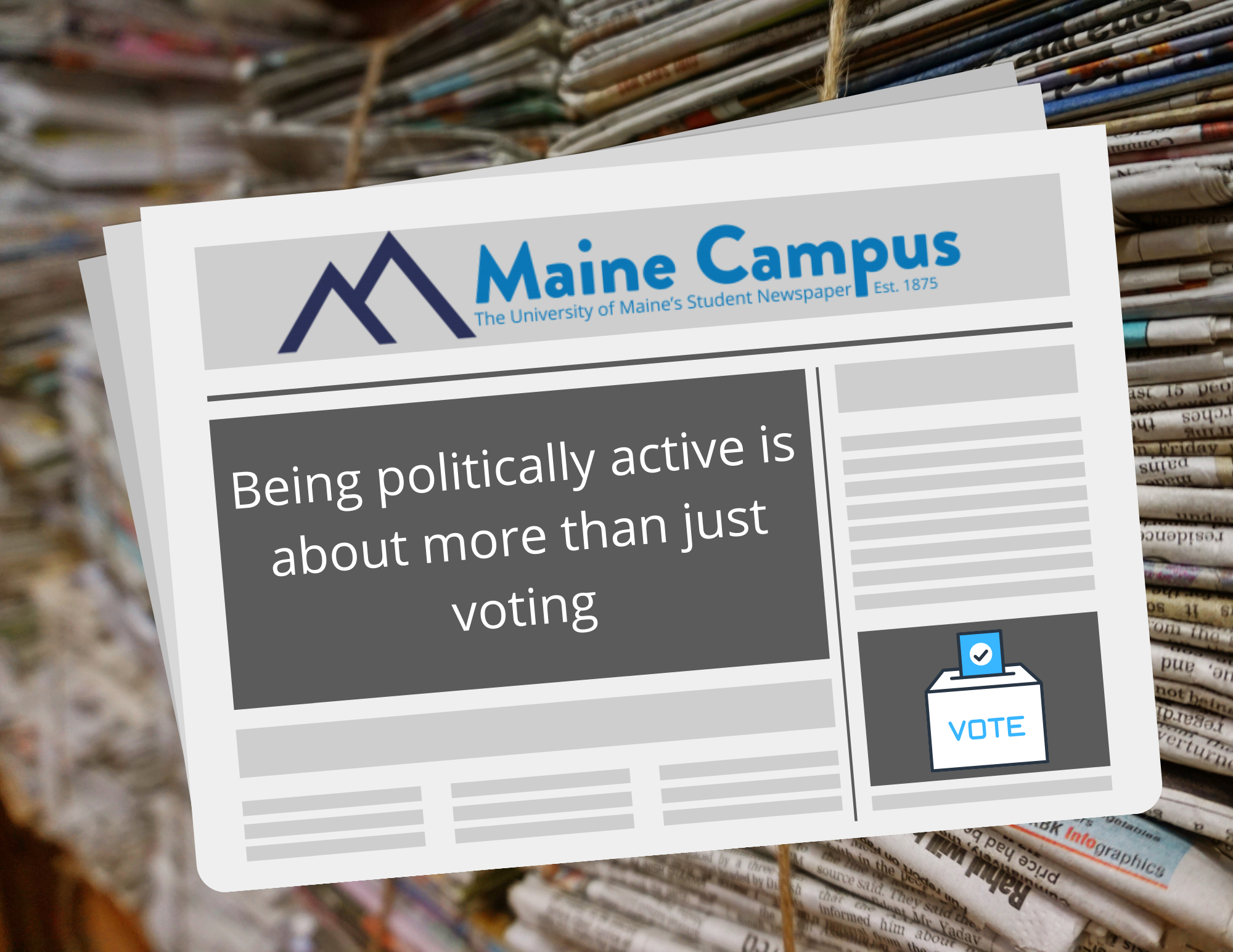 The election is less than two weeks away. Despite the pandemic, Americans are going to go in droves to the polls to elect the next president of the United States. Voting is the most basic form of participation in the American democratic process. However, the polls are not the only place for Americans to exert their power over the political system. This week at the University of Maine, the conservative group Turning Point USA came and held an event to discuss 21st century conservatism. Leading up to the event, students held signs in front of the Memorial Union to advertise. Politics aside, those two acts are part of the bedrock of political participation. It shows that having a physical presence and having discussions are just as big a part of the political system as the act of voting.

The American people have a constitutional right to politically demonstrate. Americans have a long history of protesting, ranging from the Whiskey Rebellion to this year’s protests against police brutality. Protests are effective because they make the government look bad and put pressure on it to respond. It forces an otherwise aloof government to listen to the people. Women’s suffrage, worker’s rights and civil rights are examples of protests that successfully forced an issue to the government. The ACLU states that anyone can protest, even “if you don’t have a permit. As long as you stay on the sidewalk, obey traffic rules and don’t obstruct traffic.”

As an American, it is important to know the rights you are guaranteed. The ACLU notes that the areas where your rights are most protected are “streets, sidewalks, and parks” and that most public property is legal to protest on as long as you’re not “blocking access” or “interfering with other purposes the property was designed for.” Counter-protests are just as protected as protests and must follow the same rules.

Protests are not just sign holding and marches, they can be anything that brings attention to an issue and advocates for a solution. According to Mainememory.net, in 1979 “truck owners across the state of Maine blockaded gas and diesel pumps to protest the high cost of diesel fuel.” Their demands included “a freeze on diesel prices, a 65 mph limit, 100 percent allocation at fuel pumps.” This sort of protest is a way of breaking into a political system that privileges some voices over others. Protesting takes the pressure put on the lives of everyday people and redirects it onto the government entities that have the power to alleviate the issue.

If you are not the protesting type but want to be politically active and informed, going to speaking events, discussions or debates are good alternatives. Even just discussing politics with your friends and family. A frustrating taboo in American society is the refusal to talk politics. Talking about politics furthers the political education of every citizen that participates. Medium contributor R. Shawn McBride writes that if “people are put in the social construct of not being able to speak politics then those that do speak politics control the discussion.” This means that going to an event or talking about politics in your groups gives power back to the voter. That is critical in the American system where the people are meant to be a check on the government.

Pericles’ ancient observation that “just because you do not take an interest in politics doesn’t mean politics won’t take an interest in you” is more relevant than ever. In a world turned upside down by the coronavirus and social unrest, there is no room for political laziness. Every person that is more active politically, the closer the government comes to truly being by, for and of the people.