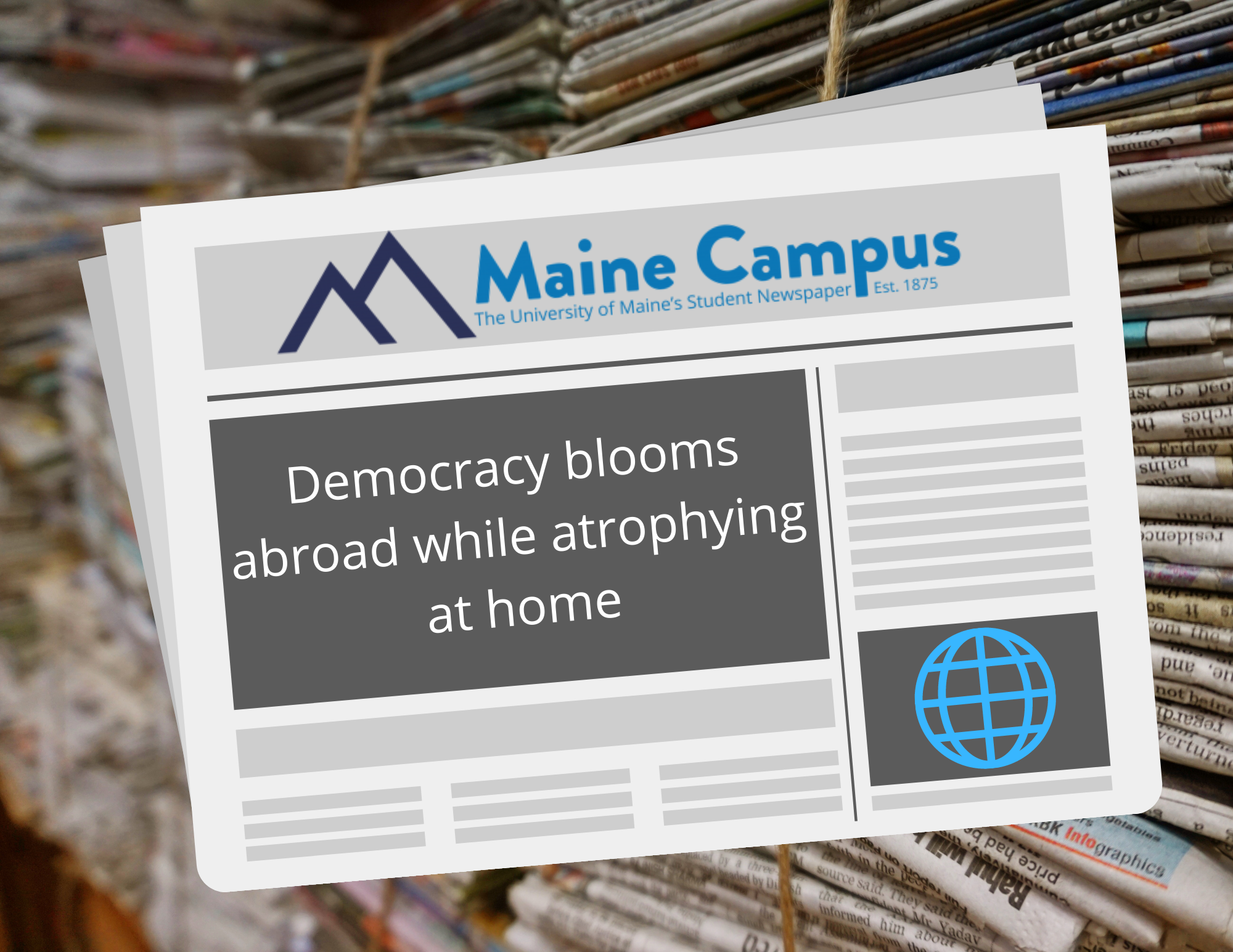 In Belarus, infuriated protesters took to the streets on Friday after their president rigged the most recent election. In Kyrgyzstan, voters refused to accept the fraudulent results of the parliamentary election that kept the ruling elite in power. Meanwhile, in America, the purported home of modern democracy, President Donald Trump called for the indictments of his political opponents, namely Joe Biden While democracy may be seeing a new golden age abroad, it seems to be more of a gilded age at home.
Drawing on the “Obamagate” conspiracy theory yet again, Trump has called for the arrests of his opponent. Last week, Trump tweeted, “BIDEN, OBAMA AND CROOKED HILLARY LED THIS TREASONOUS PLOT!!! BIDEN SHOULDN’T BE ALLOWED TO RUN – GOT CAUGHT!!!”

He continued on to accuse the Democratic Party of attempting a coup and suggest that Attorney General William Barr investigate and charge Biden with treason. He may have found solace in the company of Belarusian president Alexander Lukashenko, who has sent secret police after his opponents and thrown many in prison. Or perhaps he would’ve been more comfortable, ironically, with Nicolás Maduro, the president of Venezuela. Trump and his allies have often brought up Venezuela as an example of what the Democratic Party would turn America into.
While American democracy continues to unravel as we near the election, nations abroad seem to have had a recent democratic renaissance. In Belarus, the populace has risen up against the 26-year rule of Alexander Lukashenko. Lukashenko claimed over 80% of the popular vote in this year’s election after imprisoning multiple political opponents. Those who were not jailed on trumped-up charges, like Sviatlana Tsikhanouskaya, were forced out of the country by secret police. Wide-scale protests have continued for months, and rumors have circulated that even with Russian support, Lukashenko is considering stepping down in the face of public outcry and pressure from the U.S., France, the U.K., and others.
In Kyrgyzstan, the most recent election was marred by vote-buying and a government desperate to cling to power. President Sooronbai Jeenbekov only managed to hold out against protests for four days before relenting. From a secure bunker, Jeenbekov dismissed multiple department heads and suggested that he was open to resigning his post once the new parliament was finalized. Even Russia has shown hints of discontent with Putin’s reign. In the Russian city of Khabarovsk, a well-favored governor was arrested by the Russian Federal Security Service on allegations of organized murder in the past years. Many in Khabarovsk saw the charges as illegitimate and manufactured to remove a political figure that the Kremlin saw as insufficiently loyal. Sergei Furgal, the former governor of Khabarovsk, was well-known for cutting his own pay and selling off the governor’s yacht.
It’s nothing short of embarrassing to be the self-proclaimed beacon of democracy in the modern world and still allow political games such as those of this election season. From the president’s call to imprison his opponents to a debate that was more of a shouting match, the democracy that we once upheld as strictly American is becoming another American value to leave the U.S. for overseas.

Wow!!! NOW DO SOMETHING ABOUT THIS, THE BIGGEST OF ALL POLITICAL SCANDALS (IN HISTORY)!!! BIDEN, OBAMA AND CROOKED HILLARY LED THIS TREASONOUS PLOT!!! BIDEN SHOULDN’T BE ALLOWED TO RUN – GOT CAUGHT!!! https://t.co/hf7zjqZYQ4