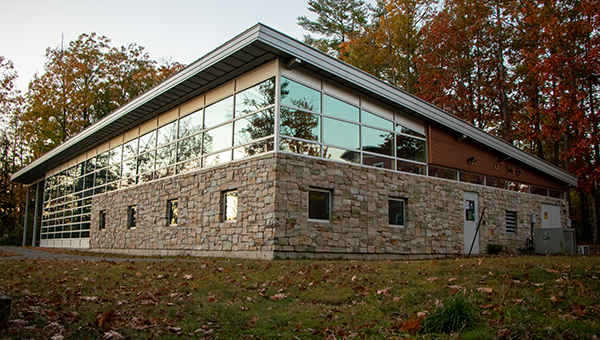 On Thursday, Oct. 15, water filter entrepreneur and University of Maine alumni Dr. Eric Roy gave a virtual talk over Zoom about his experience from scientist to entrepreneur. He spoke to his experience with the TV show “Shark Tank” and the many lessons he learned along the way. The talk was given in conjunction with UMaine’s Young Entrepreneur Series.

Roy began his presentation by talking about his background. After graduating from UMaine in 2009, he was already working at One Step Systems (OSS), which is a company that specializes in high performance modules and systems, including customized servers, compute accelerators, expansion systems, flash storage arrays and Ion Accelerator storage software. Roy worked for OSS up until 2014 when he went to work for Rigaku, which is a company that functions as an international manufacturer and distributor of scientific, analytical and industrial instrumentation specializing in X-ray related technologies. In 2016, Roy then went to work for Cobalt, which was later acquired by Agilent. This experience is what gave Roy a glimpse into the world of business acquisitions. However, in 2015, Roy had been working on Hydroviv in the background. Hydroviv, is a brand of water filters that work to filter out Lead, Arsenic, Chromium 6 and various other chemicals. Roy created Hydroviv as a reaction to the Flint, Michigan water crisis, where the entire town’s water supply was contaminated and became undrinkable.

It was Roy’s innovation, along with some advice from some trusted individuals, that brought him on ABC’s “Shark Tank,” a show where business startups try to get investments from wealthy investors, or “sharks.” According to Roy, the entire “Shark Tank” process was a nine month affair. It began in June 2018, when Roy applied on the Shark Tank website.

“Actual in-person open casting calls were way too far away, so even though the likelihood of getting picked was even slimmer online, it was our best bet,” Roy said.

When it came to filming Roy’s episode on Sept. 12, 2018, he had an hour and a half meeting with the sharks. In the end, he was offered a deal with Mark Cuban for $400,000 dollars for 20% of the company. After many months of working with Cuban’s team, Roy and his associates decided that the deal might not be the best thing for them, and after five months of negotiations, they dropped the deal. However, this was all beneficial for Roy in the long run, as monthly revenue for the company soared when the episode was aired.

Roy spoke of many lessons that he had learned along the way. He says, “I learned that it’s important to be financially honest with yourself. You have to ask yourself ‘Do I have enough money to do what I want to do?’ If you’re looking to emulate a big player’s business model, like Elon Musk or Bill Gates, you have to make sure that business model works right for you”.

Roy shares if  you need to adapt to another business person’s playbook, make sure that model works for you as well. Roy also stressed the importance of networking and self evaluation. If you aren’t honest with yourself, success will be difficult to find, and often lead to messy mistakes. Hydoviv has found great success in adapting its formula to various cities and towns, and it looks that it will find even more success going forward.

THIS WEEK: National Holidays Oct. 19 through Oct. 23
‘What do we want History to do to us?’: 12th annual Maine Heritage Lecture series webinar kicks off homecoming events at UMaine