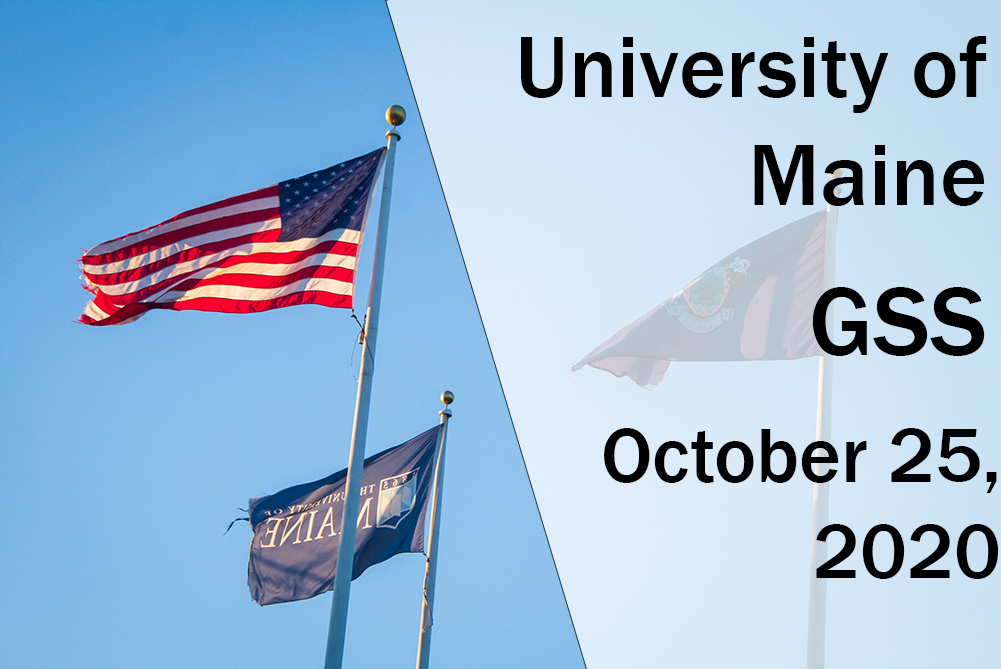 The General Student Senate meeting on Oct. 20, began with the approval of the Oct. 13 minutes and roll call by Vice President Zachary Wyles.

Vice President Wyles gave his Robert’s Rule of the week, which was calling to the order of the meeting. This is used if the chair is getting too off-track, a senator can call to order to restore the flow of the meeting. Mainely Voices attended the meeting to obtain preliminary club recognition, and the fly fishing club attended to obtain final recognition.

Catherine McConville and Leanne Nisbet were sworn in as new senators. Angel Loredo was elected as the new multicultural affairs and advisory committee chair.

President Harrison Ransley announced that this was his final meeting before his leave of absence.  Wyles will be taking over the president’s duties, while Sen. Peter Alexander is stepping up to cover Vice President Wyles responsibilities. Ransley also announced that the leadership scholarship has been moved back due to the lack of applications. Wyles announced that he has been meeting with the Membership Committee to discuss the senate retreat for later in the academic year and said that appropriate costumes will be allowed at the next meeting. There will also be a Robert’s Rule workshop to occur later in the year. He also stated that Sen. Alexander will be running meetings starting next week. Vice President for Student Life and Inclusive Excellence and Dean of Students Robert Dana should be in attendance for the next senate meeting. Vice President of Financial Affairs Jacob Tauke spoke on unallocated funds, and spoke about the Feminist Collective moving funds to the Purple Ribbon Campaign, and said that more projects will be discussed during executive session. Vice President of Student Organizations Emmeline Willey reported that last week was the end of club update week, and any ideas for better club outreach would be appreciated. Vice President of Student Entertainment Chase Flaherty said that the Maine Event tour has been going very well so far. The Aces will be the next act to perform, and after that, Jonathan Van Ness will be doing a show. Anyone who has an active maine.edu email will be able to attend these events.  Advisor to Student Government Lauri Sidelko announced that the first early voting day on campus was very successful, with 386 people coming to vote, and there are already over 3,000 early votes in total in the town of Orono.

Student Legal Services Liaison Camryn Hamil said that several legal cases have been resolved and that Sean O’Hara continues to be a very good resource for students. Orono Town Council Liaison Camryn Hamil announced that many spirit and alcohol vending licences are coming for businesses and next year they should be holding a municipal election for recreational marijuana.  Old Town City Council Liaison Blaize Vail reported that absentee voting has started at the Old Town City Hall. There are also secure drop boxes located at the city hall as well. Director of Communications Danielle Jarosz is still busy promoting the Maine Event tour and has been working closely with student organizations.

The first Zoom session for the Membership Committee was successful and their merchandise should be coming out soon. Senators were asked about their availability after Thanksgiving. The Committee on Policy and Procedure voted on a resolution to add a director of technology job description. The Committee of Political Activism said that the reaction to and participation in early voting has been very positive and had over 60 volunteers.

The Committee of Student Conduct Code and Oversight have a systemwide student committee coming together over the next few weeks to address amendments over the student conduct code.

The Board of Traditional and Non-Traditional students had its first shopping trip for the Black Bear Exchange and it was very successful. The Honors College Student Advisory Board will be doing preceptorial visits to help with recruitment. Mark Brewer will also be speaking at this week’s Forum Friday to speak more on the election. The Panhellenic Council has received a lot of applications for officer positions and they will be going through the interview process over the next couple of weeks.

Wilde Stein spoke on the possibility of doing a “Rocky Horror Picture Show”, either at the drive-in or at a different venue. They also talked about the goals of their organization at the last meeting. Various projects are in the works, including a virtual drag show. They plan to perform the coming out monologues for coming out week.

The senate then entered the executive session and adjourned shortly after.