History repeats itself: Republicans intimidating voters at the polls

Home /Opinion/History repeats itself: Republicans intimidating voters at the polls 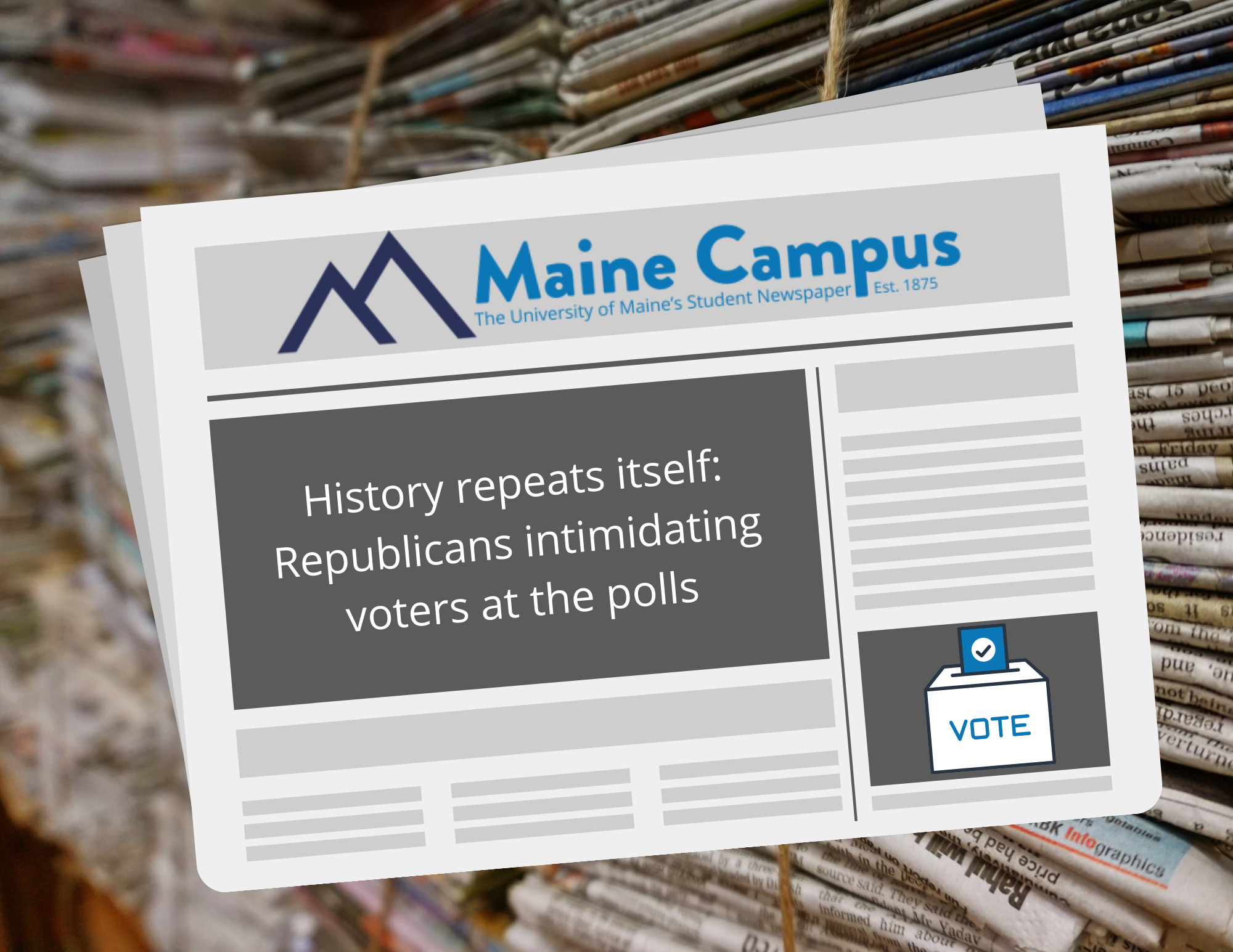 In 1981, New Jersey voters were greeted at voting locations by signs that a federal court found threatening to voters. “WARNING,” the signs read, “This area is patrolled by the National Ballot Security Task Force. It is a crime to falsify a ballot.” Armed patrolmen of the “task force” imposed on Black and Latino voters especially, demanding identification and often turning voters away for no clear reason. Republican candidate Tom Kean won the election by less than 2,000 votes. The Democratic National Convention (DNC) quickly raised the alarm and brought charges of voter intimidation to federal courts, which found in the DNC’s favor. The result was an almost 40-year-long ban on the Republican National Convention (RNC) implementing poll watchers: federal judges found that the RNC could not be trusted to post poll watchers during elections without using the power to intimidate voters.

In 2018, the RNC successfully convinced a federal judge that they could again be trusted to partake in poll watching without interfering, a move that has already had serious effects on the 2020 election. With President Trump calling on his base to watch voting locations across the country, many are beginning to think back on the events of 1981.

Already, Fairfax County in Virginia has had issues with supporters of the president causing a scene at an early voting site. According to the Virginia attorney general, the chanting and flag-waving of supporters so near a voting location could be considered voter intimidation. In fact, rhetoric from the 1981 election in New Jersey and that of the 2020 election are pretty similar, as the RNC is saying that the Democrats are cheating, tricking and lying every which way they can. The only way they believe they can prevent it is with an “army” of Republicans scrutinizing every polling location they can. Even in 2016, the DNC alleged that the RNC was breaking the consent decree signed by both parties by funding ballot “security” or “integrity” measures that were not monitored or approved by federal courts.

Without any proof that their methods have improved or their morals have seen any change, the RNC has been allowed to continue to encourage their supporters to do everything they can to legally interfere with the upcoming election. Even the personnel hasn’t changed much: in 1981, Robert Stone oversaw the exact process that led to the RNC being banned from implementing poll watchers for the next 37 years. With the election of the century looming, it is easy to say that the DNC should have put more of their weight into convincing the courts that the RNC has not yet shown itself to be responsible enough to handle poll watchers. Even now, decades later, many states do not have laws that regulate carrying firearms into polling venues.

Nothing has changed since 1981, and a nationwide repeat of the New Jersey gubernatorial election would hardly be the most far-fetched conspiracy theory of this election year. Donald Trump Jr.’s call for “able bodied men and women to join [an] army for Trump’s election security operation” alone is more than enough to evoke memories of exactly why the RNC was kept away from polling locations for so long. They just can’t be trusted.