Maine’s political culture sets an example for other states 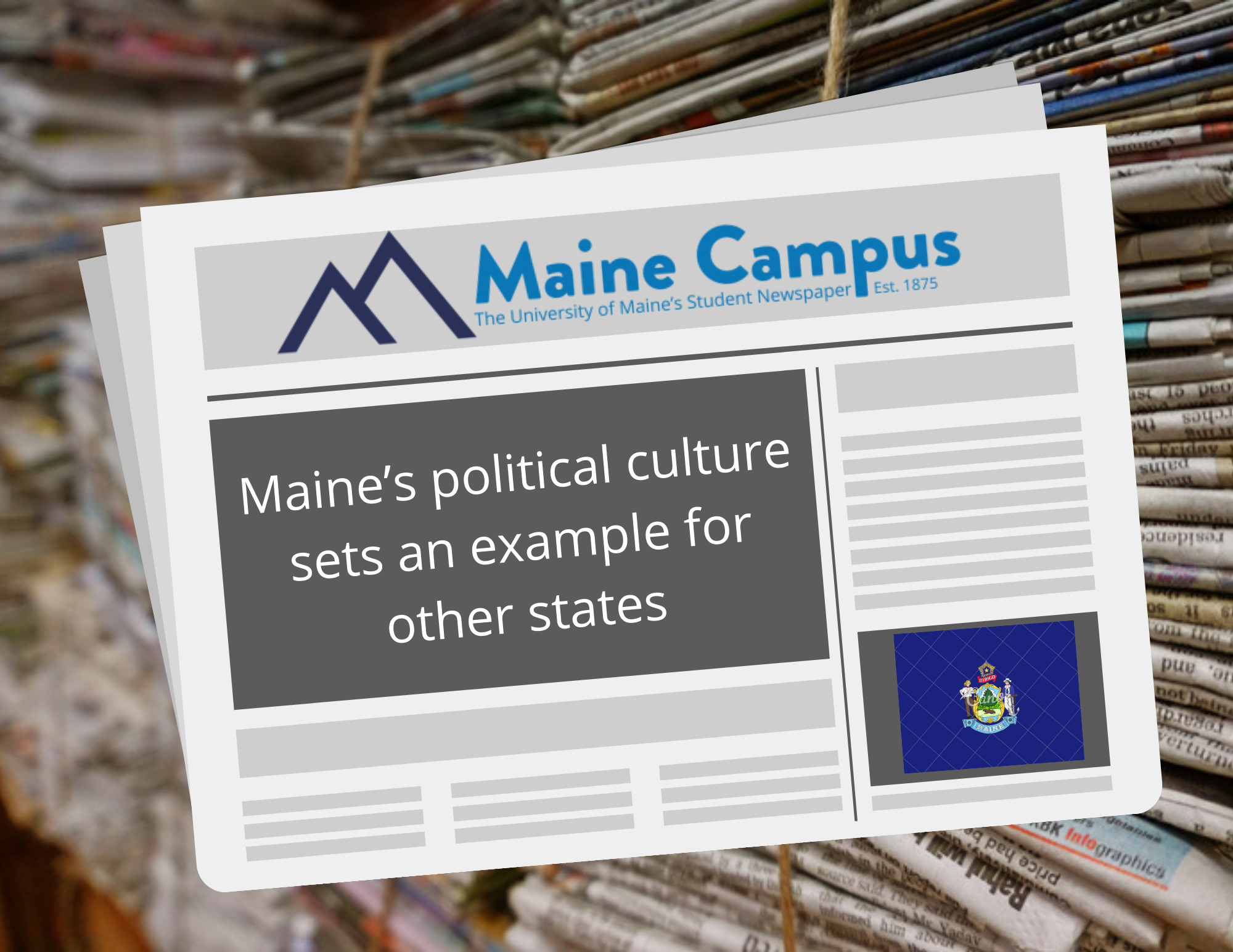 Maine has a lot to love. Stunning lakes and mountains, great food, historic coastal communities, a vibrant craft beer scene and much more. One thing that does not get anywhere near enough recognition is the politics of the state. As big money and larger than life politicians grip much of the rest of the country, Maine is an example of a healthy political culture. The key to Maine’s success is simple: participation, representation, and accessibility. As we draw closer to another election, residents of other states should take a page out of Maine’s political playbook and vote, prepare to run for office, and attend town meetings.

New Yorker contributor Evan Hughes describes Maine as a “state of swing people, capable of voting all over the map in the same election.” Maine is noted for its high voter turnout, and the power of those voters is reflected in the legislature’s power to appoint executive officials such as the secretary of state and attorney general. Maine also empowers its citizens with the use of the referendum to give the people the final say on major issues. In 2016 referendums, Mainers both voted in support of legal marijuana and against background checks for the sale of firearms. This is a manifestation of Hughes’ “swing people;” parties had their opinions and the people had theirs. The people won out and managed to make determinations on what are hotly debated partisan issues elsewhere in the country.

The referendums are not the only example of Mainer’s exemplary political engagement. In many states local elections are an afterthought. One would hardly know who was running for office, much less see their signs in every median on the road and in every yard. In some Maine towns residents take local politics as seriously as the presidential election. Town meetings date back nearly 300 years and are an effective form of direct democracy. According to Maine Politics and Government, the town meetings are to “approve a budget, levy taxes, authorize borrowing, and elect various town officers.” Local government is the government that affects you the most and Mainers use that to its fullest extent. This system ensures that the people are front and center every step of the way.

The first Maine gubernatorial election I witnessed as a resident was between the attorney general, now Gov. Janet Mills, and Shawn Moody, owner of Moody’s automotives. A notable detail of the race was that Shawn Moody did not have a college education. A man with a successful business, but no real ties to Augusta, made his way to the Republican nomination for governor. I had never even heard of a man without a degree running for office, much less successfully becoming a party’s standard bearer for a major election. According to Maine Policy Review, the selection of politicians is based on “personal qualifications of candidates and general resistance to outside pressures and money in the conduct of state campaigns.” Moody is a great example of those guidelines in action. His qualifications as a successful businessman, coupled with a near bombastic distrust of special interests in Augusta made him a strong candidate and an effective example of Maine’s accessible politics.

The first thing one sees crossing the border into Maine on I-95 is a sign proclaiming “Welcome to Maine — The Way Life Should Be.” There are many reasons that support this claim, but one that is not often cited is the state’s political climate. Maine combines cultures of participation, democracy, and accessibility. These are sorely lacking in other parts of the nation. Maine not only represents the way life should be. Maine represents the way politics should be.