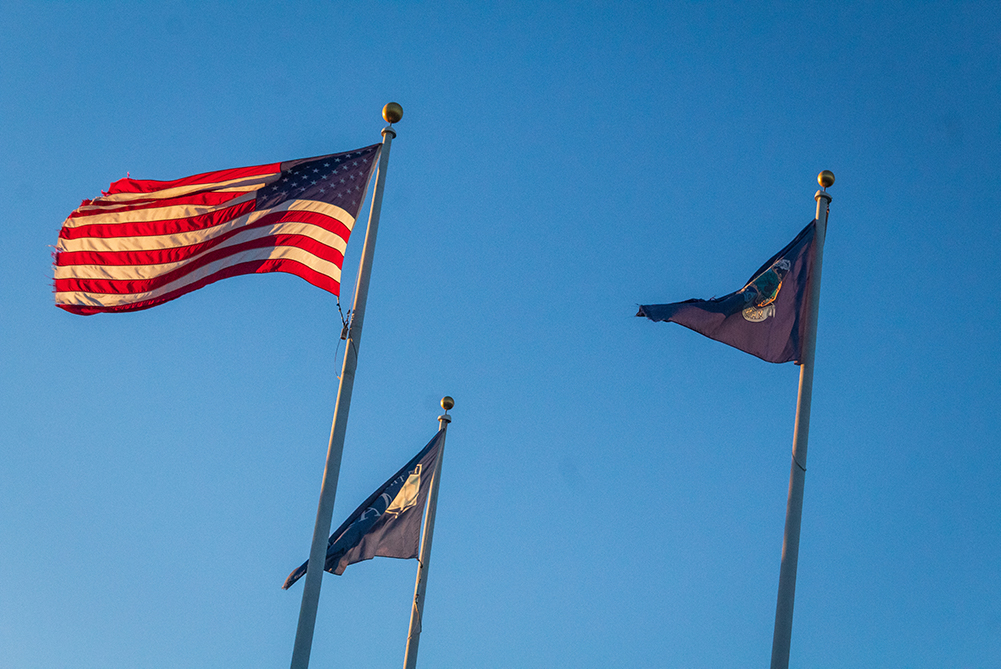 The first and only 2020 vice presidential debate took place at the University of Utah at Salt Lake City on Oct. 7 and featured a 90 minute debate between Democratic Senator Kamala Harris and current Vice President of the United States Mike Pence. Pence and Harris covered issues ranging from the current COVID-19 pandemic to the future of U.S. renewable energy research.

Susan Page, a journalist and biographer for USA Today, moderated the debate. Due to the current COVID-19 outbreak in the White House, extra precautions were taken to ensure the safety of those participating in the debate. Besides the mandatory use of masks for the audience and standard social distancing practices, Harris and Pence were separated by plexiglass panels and seated 12 feet apart from each other.

The first topic covered by the debate was how each administration would handle the COVID-19 pandemic moving forward. Harris answered first, citing Donald Trump’s shortcomings and current death tolls as a precursor to explaining the Biden
administration’s plans to handle the pandemic if elected in November. According to Harris, they would implement the use of more rigorous contact tracing, as well as free virus testing for the American people.

Pence opened by thanking the University of Utah for hosting the event, before defending Trump’s handling of the pandemic thus far. Pence highlighted his position as a leader on the task force and Trump’s immediate action to suspend all travel from China. He also noted that the administration began research to develop a vaccine in February. Pence also made a point to express his faith in the individual American people to protect one another during times such as these.

The next question Page asked was on the subject of the candidate’s abilities to take over in the event that Biden or Trump should be incapable to fulfill their duties as president. Pence declined to answer and instead continued to respond to the question from the previous discussion. He cited that their administration has done plenty to develop a vaccine for the COVID-19 virus, and the Obama administration’s failure to handle the Swine Flu in 2009. Harris answered by explaining that she and Biden have a shared sense of purpose, and values which make them both capable of leadership.

On the subject of transparency about health issues, Pence responded by thanking the American people for their thoughts and prayers. He expressed his gratitude for the doctors who worked with Trump at Walter Reed, and their continual transparency with the American people, stating that it is important for them to know the state of the president’s health. Harris agreed that candidates should be transparent about their health issues in a way which she stated Trump had not been. She then moved into a discussion about Trump’s lack of transparency with regards to his taxes, which made for a segway into the next topic of the future of the American economy.

Page opened this question by noting that the unemployment rate is at 7.9% and 11 million jobs have yet to be replaced since the pandemic. Harris noted that the strength and health of the American economy are heavily reliant upon the health and strength of the individual worker. The Biden administration hopes to invest more money in improving American infrastructure and investing in education and innovation. Pence stated that before the pandemic, Trump had succeeded in cutting taxes across the board. He also pointed to the average increase in $4,000 in income as a hallmark of success during his administration.

The next topic discussed was the effects of climate change and how each administration would handle the changing climate and environmental issues. Pence pointed to Trump’s Outdoors Act as a way the administration has successfully continued to preserve American land. Pence also noted that carbon dioxide emissions have declined and will continue to decline as corporations continue to work under a free market economy. Pence closed his two minute statement by saying Biden would make efforts to ban fossil fuels and abolish fracking. Harris was quick to correct Pence, noting that Biden has no plans to abolish the practice of fracking and that the Trump administration has had a history of not believing in the science behind climate change.

When faced with the issue of the Supreme Court vacancy, Harris noted that it was too soon to fill the position. She also noted that the appointment of Amy Coney Barrett would bring about the end of the Affordable Care Act,  removing healthcare coverage for more than 20 million Americans including those with pre-existing conditions and adults below the age of 26 who are on their parent’s healthcare coverage. Pence, when asked about the appointment of Barrett and the future of Roe v. Wade, instead chose to speak on the topic of a previous question on what leadership means. Pence defended Trump from the statement  Harris made on his lack of respect for military veterans.

“I trust our justice system,” Pence said, as he went on to confirm that the administration stands with the police.

The debate wrapped up with the candidates responding to a question posed by a young resident of Utah, Brecklynn Brown.

“When I watch the news all I see is arguing between Democrats and Republicans… If our leaders can’t get along how are our citizens supposed to get along?” Brown asked.

Pence commended Brown for her interest in public life, and noted that America celebrates an ability to speak freely. He told her not to take to heart the behavior taking place on her “local news,” and went on to reference the late Justice Ruth Bader Ginsberg’s relationship with Justice Antonin Scalia as an example of the American trait of bonding despite political differences.

“We are going to work hard to make our government as good as our people,” Pence said.

Harris stated she loves to hear from our young leaders. She referred to Biden’s motivation to run stemming from precisely that sort of division.

“Joe has a longstanding reputation of working across the aisle, and working in a bipartisan way… Joe Biden has a history of lifting people up and fighting for their dignity,” Harris said in her closing response. She noted that the future is bright due to the work and leadership of the next generation.

The second presidential debate was set to take place on Oct. 15 through a virtual town hall, however this event has been canceled. For information about voting visit the UVote page on the University of Maine Student Life website. The election will take place on Nov. 3.