With winter approaching, Maine’s hospitality industry could get left out in the cold

Home /Opinion/Editorials/With winter approaching, Maine’s hospitality industry could get left out in the cold 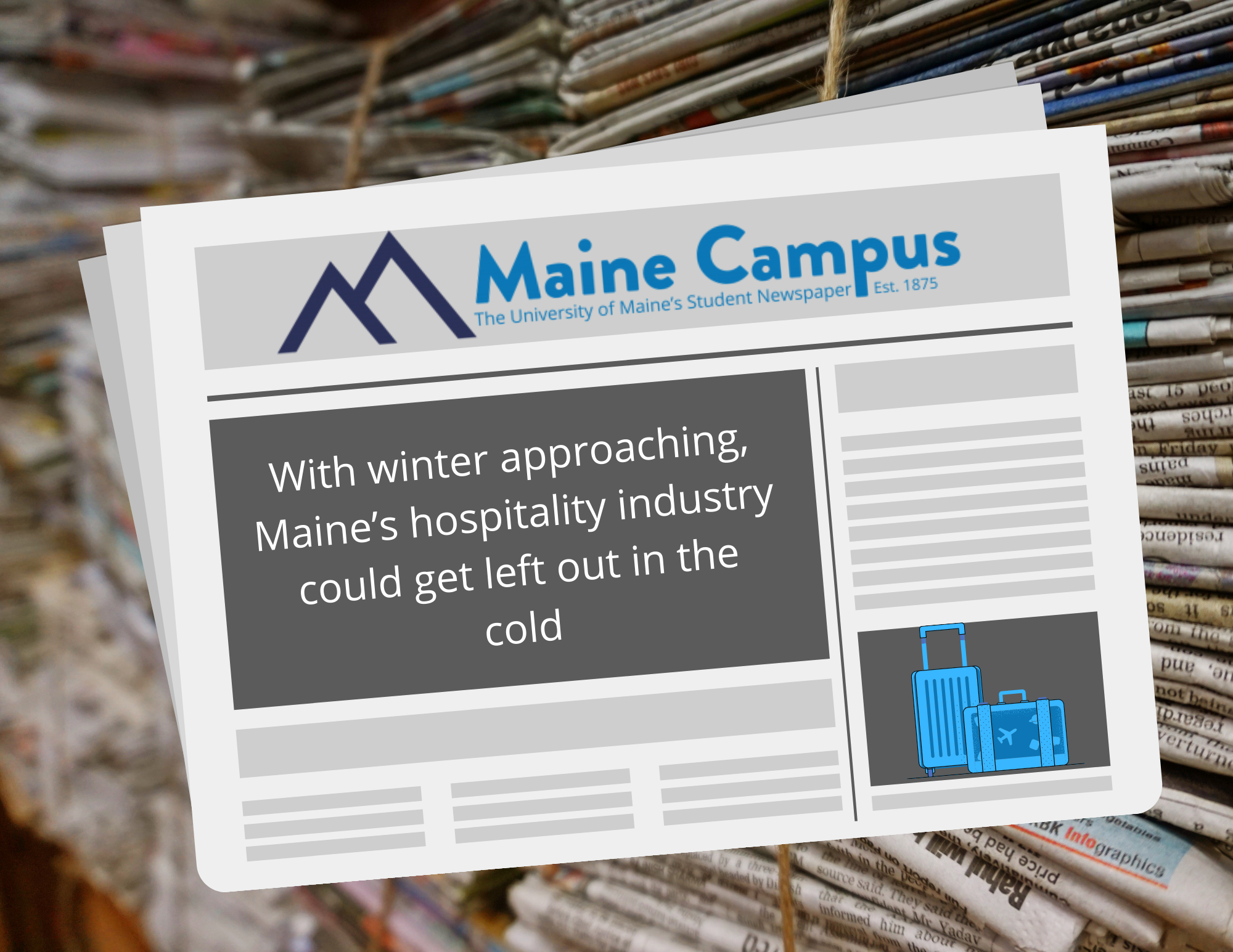 With an executive order issued on Oct. 6, Gov. Janet Mills announced the “Plan to Restart Maine’s Economy” would move into Stage 4 beginning on Oct. 13. As a result, the previous indoor seating limit of 50 has been raised to 50% of the typically permitted occupancy or 100 seats (whichever is less). This was welcome news for the food service portion of the hospitality industry in Maine, whose previous reliance on outdoor seating during the pandemic will become less tenable with the arrival of freezing temperatures and snow. However, even as Maine’s restaurant industry benefits from the state’s exemplary management of the pandemic, a profitable path forward for the other part of the hospitality industry is clouded. It could be that the only way to save many hotels and the livelihoods of their employees is for Congress to pass a fifth bipartisan stimulus bill, which is a disheartening possibility.

To be abundantly clear, Maine is dealing remarkably well with the pandemic, at least relative to most other states. In the Oct. 6 announcement, the governor’s office boasted that Maine has reported the “lowest hospitalizations, second lowest new cases, and fourth lowest deaths.” However, to at least some extent, the economic damage has already been done. According to a report published by the University of Maine’s School of Economics, hotels, restaurants and bars will generate 30% less taxable sales in 2020 than in 2019, totaling out to a loss of about $1 billion.

Luckily, Maine’s restaurants are resilient, due in no small part to loyal patrons who are desperate for social interaction, but also because of the inherent flexibility of the industry. Restaurants have a variety of service models available to them: indoor seating, outdoor seating, take-out, and delivery. Restaurants in Maine have also invested in a number of measures to enable social distancing indoors and outdoors. According to the Bangor Daily News (BDN), Paddy Murphy’s in downtown Bangor has installed plexiglass between booths, and Timber Kitchen and Bar has invested in heated tents in order to provide outdoor seating well into the winter.

Hotels, on the other hand, are not faring nearly as well. While restaurants and bars can survive on in-state customers, hotels rely on out-of-state travelers and conferences, both of which are nearly non-existent. According to Maine Public, late fall and winter is generally the height of conference season in Maine, but Steve Hewins, CEO of Hospitality Maine, says “there’s virtually no meetings, zero, and they’re canceling into 2021.” The fact of the matter is that hotels are not nearly as flexible as restaurants, and it is not a problem that local patrons can realistically help with. Despite hospitality’s role as the second largest private sector in Maine, BDN reports that the industry will provide 28,000 fewer jobs than in 2019.

As much as Maine’s hotels are suffering, those in states that are still struggling with the pandemic are in even worse positions. According to the New York Times, over 100 hotel loans spread across New York, Austin and Chicago alone are delinquent, and analysts do not expect the industry to recover until 2023. Some hotels have chosen to close outright and hunker down until the pandemic subsides, leaving many unemployed, but others have taken more creative routes in order to stay open. Many states and municipalities are paying hotels to house medical workers, patients or homeless citizens, and other hotels are turning rooms into temporary office space available for lease. However, these measures, while admirable, are hardly stable sources of revenue.

What the hospitality industry and many others need is for Congress to pass an additional stimulus bill. Unfortunately, the vital ingredient for passing such a piece of legislation is bipartisan agreement, and while President Donald Trump, House Speaker Nancy Pelosi and Senate Majority Leader Mitch McConnell all agree that a stimulus needs to be passed, a bill that they can all support remains frustratingly, yet unsurprisingly elusive. Democrats have passed a $2.2 trillion relief bill in the House that went nowhere in the Republican controlled Senate, and this coming Wednesday McConnell has announced that the Senate will vote on a $500 billion bill that will likely go just as far as the previous bill. This way, members of both parties can accuse the other of obstructing bills to help the American people without actually doing anything at all.

On Sunday, Pelosi issued an ultimatum: the White House has 48 hours to negotiate a $1.8 trillion proposal to submit to the Senate, or a stimulus will simply have to wait until after the election on Nov. 3. However, Axios reports that even if such a bill were to materialize, “it has virtually no chance of passing the Senate.” While local individuals can and should support restaurants and bars in their communities, many hotels are, in essence, at the mercy of party leaders who appear to be completely opposed to finding common ground. It would be a shame if a stimulus were to have to wait until after the election, but perhaps it will make voting a simpler decision for stakeholders in the hospitality industry.

‘What do we want History to do to us?’: 12th annual Maine Heritage Lecture series webinar kicks off homecoming events at UMaine
UMaine hosts early in-person voting event