Editorial: Joe Biden set a high bar on Saturday, and voters are ready to hold him to account

Home /Opinion/Editorials/Editorial: Joe Biden set a high bar on Saturday, and voters are ready to hold him to account 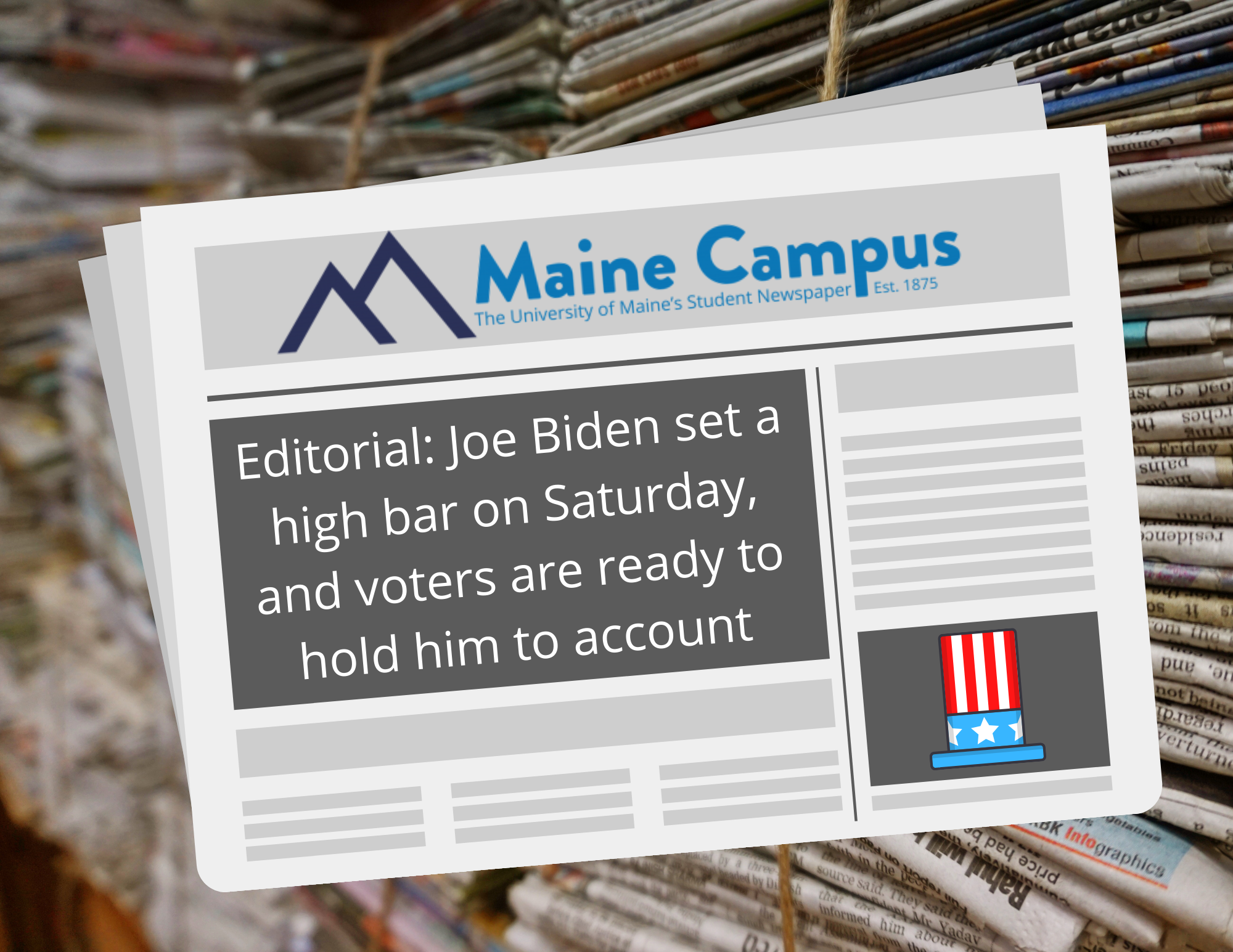 Last Saturday, in Wilmington, Delaware, former Vice President Joe Biden delivered his first speech as president-elect of the United States. Biden predicated his entire campaign on unity and “restoring the soul of our nation,” and the speeches he and his running mate Sen. Kamala Harris articulated a corresponding vision for America. Biden both acknowledged those groups which won him the election, particularly the African American community, and appealed to those that didn’t: “I ran as a proud Democrat. I will now be an American president. I will work as hard for those who didn’t vote for me — as those who did.” However, even Americans and politicians who supported Biden’s campaign are approaching his all-inclusive vision carefully. Ironically, the expressions of skepticism and the promises for accountability from the American public may be the most refreshing outcome of the 2020 election.

Over the course of the last four years, President Donald Trump has survived gaffes, scandals and an impeachment, and through it all the support from the majority of his constituency seemed unwavering in its borderline idolatry. The support for Biden’s campaign, on the other hand, seemed modest from the start as he faced stiff competition in the primaries from popular progressives like Bernie Sanders and Elizabeth Warren. However, after Biden won the primary election, progressive and moderate democrats came together behind their candidate, more so in opposition to the incumbent than in support of the 77-year-old former vice president.

The fact that many of his supporters were simply resigned to his candidacy was not something that escaped Biden, or his wife. According to USA Today, at a New Hampshire rally in August, 2019, Jill Biden told her audience that while “maybe you have to swallow a bit” when voting for her husband, he would be the candidate most likely to beat the president. In a bizarre turn of events, it was this message that resonated with young progressives, and it resulted in social media campaigns like Settle for Biden, which has over 290,000 followers on Instagram.

In the wake of the Biden campaign’s success, Settle for Biden’s bio on Instagram now reads, “We settled. We won. Now we’re preserving our democracy, combating a pandemic, and holding the Biden-Harris administration accountable.” While far from the celebratory response that might be expected from an organization dedicated to a specific candidate, it represents a remarkably positive, democratic sentiment. Biden might say that he intends to represent all Americans, but he can be certain that many of his constituents will be watching him to see that he holds up his end of the bargain.

The skeptical attitudes in Biden’s constituency are reflected by the progressive representatives in his party. In a recent interview with the New York Times, Alexandria Ocasio-Cortez, arguably the face of the progressive wing of the Democratic party in the House, remarked that if Biden subordinates progressive voices to moderates from the left and right wings for his cabinet picks, it will “tell a story of who the administration credits with this victory. And so it’s going to be really hard after immigrant youth activists helped potentially deliver Arizona and Nevada….[and] after Detroit and Rashida Tlaib ran up the numbers in her district.”

Votes from demographic groups like immigrants, African Americans, Latin Americans and countless others cannot be taken for granted, and this became all too clear to the Biden campaign as votes were being counted in Florida. According to The Associated Press, Hillary Clinton won the typically democratic Miami-Dade county by 30 percentage points in 2016, but Biden only won it by seven. Miami-Dade has a significant Cuban American population, and there is a broad spectrum of political views within the Latino community that are often unaccounted for in democratic campaigns.

To Biden’s credit, he has done his best to inspire confidence in his message of democratic unity. The selection of Harris, for one, is a positive indication of the variety of voices Biden may be considering for his cabinet, and her status as the first woman and first woman of color to be vice president-elect has dominated the most recent news cycle. Additionally, Biden made a point during his speech on Saturday to make it clear that he recognized how vital the African-American community was to his campaign, slamming on the podium as he declared, “they always have my back, and I’ll have yours.”

Three and a half hours after Biden’s speech, Dave Chappelle delivered a monologue on Saturday Night Live that struck startlingly similar notes to that of the president-elect. At the tail-end of a typically brash set, the comedian empathized with conservative voters who feel ignored or forgotten in the wake of their candidate’s loss and made his own earnest appeal to their better angels.

Chappelle’s monologue speaks to the fundamental challenge that Biden’s campaign faces in a political climate that has fed on conflict for four long years: not only convincing Americans to believe in his administration, but to believe in each other.