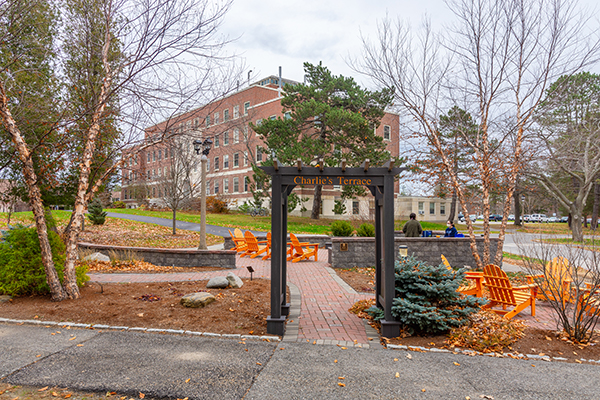 On Nov. 10 the University of Maine Honors College held a virtual poetry reading hosted by professor Kathleen Ellis, featuring readings from the poetry anthology “Enough! Poems of Resistance and Protest” by poets Agnes Bushell and Claire Millikin as a part of the Contemporary Maine Poetry Series.

The event opened with introductions from Stephanie Welcomer, the interim dean of the Honors College and Ellis. Ellis then opened the event by reading a poem by Lee Sharkey, as a way to dedicate the event to the poet who recently died this October. The poem from the anthology “A Darker, Sweeter String” titled “Agents” set the tone for the remainder of the event, as it describes events of injustice, and questions repeatedly who is responsible for these injustices.

Following this introductory reading, Bushell, who assisted in compiling the works for the anthology published through Littoral Books, gave details about how “Enough!” came to be. Millikin, a Maine poet, had reached out to Bushell about the poetry she had written  in the wake of the killing of George Floyd in May of this year. After reaching out to poets across the state of Maine to contribute to the anthology, 27 poets responded, and the work was published within three months.

Millikin then read from her poem “Elegy for George Floyd” which was inspired by the difficult time the nation was facing in the wake of Floyd’s death. These events also sparked many conversations about the fleeting nature of “hashtags” and how Millikin sought to create an account of these issues which was more concrete and long lasting with her poetry. “Elegy for George Floyd” detailed the day and the events leading up to the incident of Floyd’s death.

The next poet featured was Leonore Hildebrant, who read multiple poems on the experiences of the protests and vigils which occurred during the summer of 2020. One such poem was entitled “Silent Vigil June 7th” which recounted the events of a vigil which the poet had attended in Maine, and touched upon the idea that these moments of remembrance is something which became a part of a larger cultural experience. Other poems she read which featured this idea of the American identity were “The Hoax” and “The Real Thing” which Hildebrant read back to back to draw differences between the president’s out of touch and self aggrandizing nature with the experiences of the American people.

The next contributor who spoke was the poet Annalise Jakimides, who read her work inspired by Elijah McClain, who was killed by police in August of 2019 while walking home at night. Her work was also heavily focused on this interconnectedness of experiences which Hildebrant discussed in her poetry.

“There is power in the word. In all of our words,” Jakimides said after finishing her readings, reminding us of the importance of the work of poets and writers to document and communicate historical events throughout time.

Poets Steve Luttrell and Lisa Panepinto were the final contributors to read from their works during the event. Luttrell and Panepinto both noted that Sharkey had a great influence on their works. Panepinto described an interview which she held with Sharkey on the issue of social poetics and civil rights activism through poetry. She stated that she asked Sharkey how to stay hopeful in these times.

“Do something,” Panepinto quoted Sharkey. “Evil depends on the passivity of the people.”

The acts of documenting these events through poetry encapsulates the raw emotions and perspectives of those experiencing the events in real time, and in themselves become an act of protest and defiance against this evil.

The event closed with readings from students Kiara Anderozzi, a third-year English student, and Abigail Roberts, a second-year English student. Anderozzi read the work of Ellen Goldsmith entitled “When I Didn’t Protest” which reflected the sentiments of Goldsmith’s early years experiencing systemic forms of injustice from afar. Roberts read “To Every Black and Brown Fem With Earbuds in Their Ears” by Maya Williams, which took the form of an ode to women of color facing the hardships of discrimination.

The poetry anthology “Enough! Poems of Resistance and Protest” is available to purchase through the Littoral Books website, Littoralbooks.com. The next poetry reading hosted through the UMaine Honors College will be on Dec. 10.