Home /Opinion/Federalism is a mixed blessing 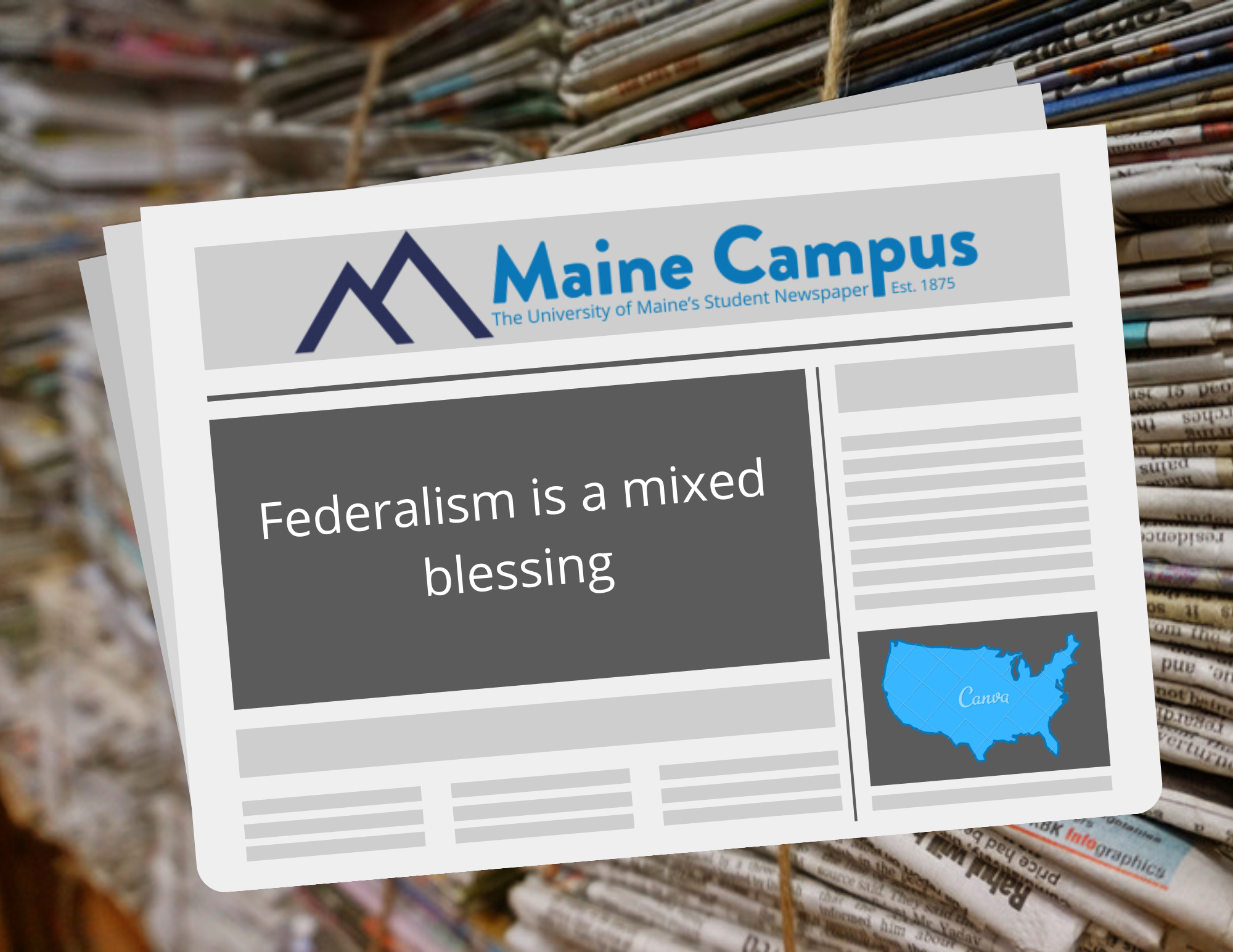 The COVID-19 pandemic and elections have dominated the public conversation for nearly a year now. An unintended consequence of this is that state governments have proven that they can protect and reflect the interests of the people when the federal government is silent, ineffective or ill-intentioned.

There are a number of hotly contested debates involving many of the amendments in the Bill of Rights. The 10th Amendment doesn’t have the degree of notoriety in public discourse that many others do, but it defines the role of the state government. The amendment states that “The powers not delegated to the United States by the Constitution, nor prohibited by it to the States, are reserved to the States respectively, or to the people.” As it is written, the 10th Amendment seems to allocate significant, if not equal power to the states, relative to the federal government. If the federal government is to be limited, then the powers retained by the states must be robust. By limiting the federal government to the sweeping powers granted to it by the Constitution, the 10th Amendment draws a clear distinction between federal and state governments. This gives states considerable agency with how they choose to handle their economy and constituency. On the other hand, it also leaves the states with more responsibility for resolving their own problems when the federal government is ineffective or apathetic.

The phrase “Laboratories of Democracy” was coined by Supreme Court Justice Louis Brandeis. It was in reference to allowing states to experiment with policy without harming the rest of the country. According to the Hill, “The ability for states to run their own affairs… makes them more accountable to the people they serve.” We saw this across the country during the election. The people of Oregon chose to decriminalize all drugs and direct the fines incurred by drug offenses into funding rehabilitation and other programs. Mississippi voted to change their flag, which had originally incorporated the design of the Confederate flag, to what is now arguably the prettiest state flag in the nation. Since every state is vastly different from the last, having an all-powerful federal government is not the best way to govern. The laboratory model of federalism allows for one problem to have 50 solutions, from which the federal government can then choose to appropriate what works best.

The biggest testament to the power of the states this year has been the response to COVID-19. The precautions taken against COVID-19 differed massively from state to state, from Florida’s half measures to New York’s posturing to Maine’s common sense approach. The only thing these all have in common is that they were not under order of the federal government and that the states did what they felt was right. Each of these responses to COVID-19 show the states as “Laboratories of Democracy.”

The state of Maine is a national oddity, and a great side effect of a laboratory of democracy. Michael Cornfield of The Guardian observes that “State governments are usually the neglected middle children of federalism.” The state of Maine takes the neglect and uses it in its laboratory. Maine’s referenda usually find a populist middle ground in divided states. In 2016, Maine passed legislation to legalize recreational marijuana and rejected mandatory background checks on firearms. To Mainers I say be proud of this, that is that their state enables them to make decisions on two issues that Americans seem to clash on in every election.

Federalism is a hassle most of the time, but in trying times it turns into a blessing. It gives the American people breathing room between themselves and the federal government. In a country seemingly torn between two ideologies, it feels great to live in a state that will put its citizens’ interests and values before the desires of an encroaching and reckless federal government.