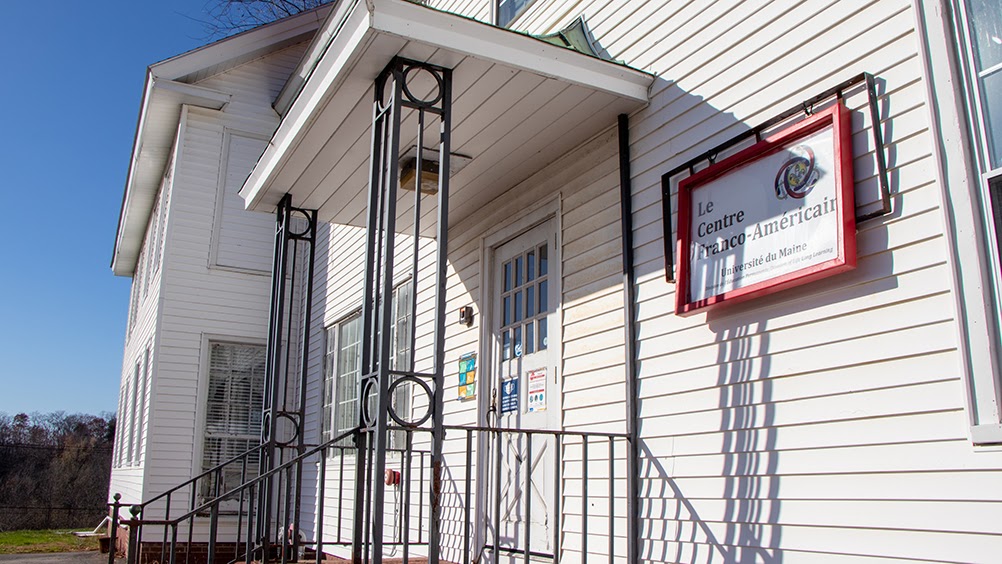 On Nov. 17 at 3 p.m., a group of four 4 panelists presented their views in a presentation titled, “Discussion du Cupbette: On Franco-American Women’s Future and Life Changing Events.” Held via Zoom, the event discussed what these women have learned as Franco-Americans and what their goals are going forward. The event was free and open to the public.

Lisa Michaud, coordinator for community engagement and active member of the Franco-American Center introduced the event, the meaning behind it and each of the speakers presenting.

Rhea Cote Robbins was the first speaker who talked about her life as both an artist and a writer. Robbins presented on how she established her Franco-American voice as a woman, and her refusal to be confined by societal expectations. She identified the artistic problem that the panel discussed as “What do the lives of Franco-American women look like?”

“I refuse to be censored in the work I am writing because of things like sexism,” Robbins said. “I explore my aesthetic and serve my art, I am both a woman and an artist. I have possessed my aesthetic as my Franco-American parents have taught me to. Modern voice is crucial to the growth of the Franco-American work.”

Robbins believes that writing helps to solve problems and she creates nonfiction realism that is sometimes seen as controversial. She is the editor of the 2016 anthology titled, “Heliotrope: French Heritage Women Create” which also features writing by other panelists Susan Poulin, Ellen LaFletch and Kristin Lanellier. The anthology is composed of stories from the present lives of French heritage women.

Susan Poulin was the second presenter during the event who spoke about her time as a writer, performer and artist. She is well-known for her alter-ego Ida, who is a character and used by Poulin in her writing. Much of her presentation focused on her decision to not have children with her partner and the journey she has been through because of it.

“I thought long and hard about my choice not to have children, and for me, it was absolutely the right option,” Poulin said. “Women would give me a look of pity when I said I didn’t have any kids. There was also a sadness when our friendships drifted when women had a child or two and our paths diverged.”

As a woman, Poulin felt pressure to have children and faced criticism for her decision not to, which is what she shared in her discussion. She is an advocate for a woman’s right to choose whether she has children or not, and speaks out against the pressure women often face to have children at a young age. This passion helped her create a safe-space for child-less women to meet as a group and talk about their experiences.

“We felt that we were using our time in different ways, our choice gave us the ability to be a resource to others and ourselves,” Poulin said. “Not having kids is an option and we need to talk about that, there is a bias about having children in our society.”

Ellen LaFleche was the third speaker in the presentation who discussed topics of dealing with grief and the passing of loved ones. Beginning with an anecdote from her life, LaFleche explained the invisibility of Franco-Americans and how they are often left out of history and unrecognized.

“When I talk about my work as a Franco-American writer, one of the things I’ve always tried to do is make the invisible visible because we have been such an invisible culture in New England,” LaFleche said.

LaFleche dealt with the personal loss of a loved one that inspired much of her writing and caused her to question what it means to become a widow and be a woman in the world.

“I turned to various ‘How to’ manuals on widowhood and grief. They were helpful for things like choosing to sell the house or refinance,” LaFleche said. “One of the things they kept so invisible was that they never acknowledged how when you lose a partner, you lose the physicality and their touch. I needed to write about that and make that invisible link visible as a Franco woman.”

Originally majoring in biology during her time in school, LaFleche always thought of the body as a metaphor. Her writing focuses on the experiences of being a woman, dealing with grief and savoring the touch of loved ones and the human body.

“I tried to create beautiful metaphors and images about body loss and body joy, and do it in a way that kept private what should be private, but made visible what needed to be acknowledged,” LaFleche said.

The fourth and final panelist in the discussion was Kristin Langellier. Langellier’s presentation was about weaving common threads together that emerged in the work of the other panelists. She used patchwork as a metaphor for life and for the aging process.

“All of these [Franco-American] artists have given their cultural lives a shapely form,” Langellier said. “I think of my patches like age spots, they were always there under the skin and biding time to show up.”

Langellier identified different “patches” in her life that have significantly impacted her journey as a woman and her goals. She ended the presentation by reciting one of her more recent poems about her backyard and the woods called “Picking Up.” Most of her recent writing has been poetry-based because of the COVID-19 pandemic and everything that has happened this year.

To read work by these Franco-American authors you can find “Heliotrope-French Heritage Women Create” available online at Amazon. To see a list of upcoming events sponsored by the Franco-American Center, please visit https://umaine.edu/francoamerican/.