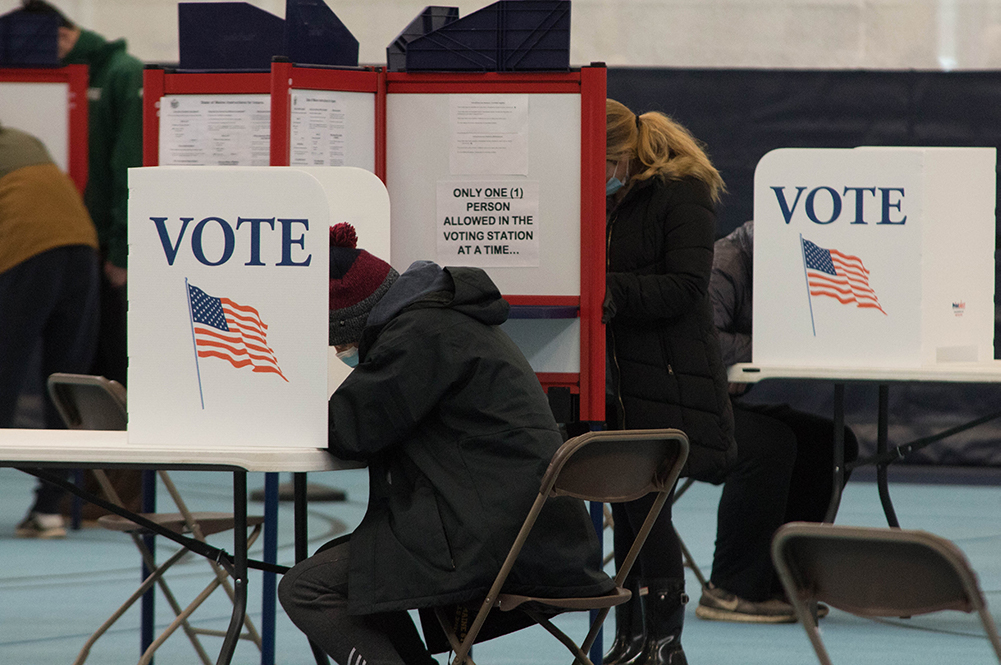 Kamala Harris is a powerful woman in politics and she will be the first woman in the role of vice president, as well as the first person of South Asian heritage and the first Black person as vice president. This accomplishment has inspired many women, Black people and people of South Asian heritage, and to see representation of women and people of color in the White House is refreshing to many.

One person who is excited by all Harris has accomplished is Laura Cowan, the director of women’s, gender and sexuality studies at the University of Maine.

“There is much to say about this milestone for women. I think that it is interesting that Kamala Harris is what we call a ‘third wave feminist,’” Cowan said. “Hillary Clinton is a second wave feminist. I think there has been an assumption in the movement that the first woman in the executive office would be of Hillary’s generation. I think there are many good reasons that a third wave feminist can be the trailblazer. Barriers to women’s employment, education, etc. tend to cluster regionally in the U.S. so it also makes sense that Kamala is from California — which is a region that has been ahead of the game when it comes to legislation and policies for equity in many domains.”

To further explain what Cowan means, it is helpful to understand the waves of feminism. The first wave of feminism is usually classified as the movement between 1848 to 1920 focused on women’s suffrage movement. Some noteworthy names from this time include Susan B. Anthony and Elizabeth Cady Stanton. The second wave of feminism can be classified as feminist movements that were taking place from 1963 to the 1980s  which focused on giving women more rights and protections, like the right to hold a credit card in their name. This wave also sought to stop sexual harassment, while also attempting to speak about racism by including women of color and protesting anti-Civil Rights movement policies and ideologies. Third wave feminism, which is the wave Kamala Harris belongs to, is harder to define because it is still occurring. It is said to have started in 1991 when Anita Hill testified before Congress that Clarence Thomas, a Supreme Court Justice who was going through the appointment process at the time, had sexually harassed her at work. This wave encompasses more allegations of sexual misconduct and includes the #MeToo movement, which started after Harvey Weinstein was accused and eventually convicted of sexual misconduct and rape. This wave of feminism also includes the election of women to powerful political positions, such as when 24 women were elected into the House of Representatives in 1992, the inclusion of more women on the Supreme Court, and now Kamala Harris as vice president-elect.

Although there are many barriers that remain which make it harder for women to have political careers, Harris has broken a glass ceiling for women that many thought they would not witness in their lifetime. The term glass ceiling is used as a metaphor to represent barriers that exist for women and minority groups in the workplace. When the glass ceiling is broken, someone has made strides towards equality by breaking barriers that have not been broken before. In Maine, more women are on the ballot than ever before, and the two leading candidates for the Senate race were both women. Sara Gideon and Susan Collins both ran to represent Maine in the Senate in a nationally-watched race. Collins was re-elected for a fifth term, and although she is not new to the Senate, having women in elected positions can encourage more young women to engage in a political career and create different and more inclusive conversations in the political sphere.

Before becoming vice president-elect, Harris was attorney general in the state of California. This history has prompted some wariness  in her crime policies, especially in an era where tensions between the police and the Black community are high due to police killing a large number of unarmed Black people. Cowan is optimistic and believes that politicians can evolve their ideas.

“There will be nay-sayers among liberals that protest her background as attorney general in California. She was tough on crime. But I think this year’s election is all about learning from history and reflecting on one’s decisions in the past and moving forward. Both Biden and Harris have in the past held views they no longer hold and I think we should look at this as promising growth, not hypocrisy,” Cowan said.

Whether one aligns themselves with Harris’ political leanings or not, it is undeniable that her election has made history and opened the door for more women to seek high-ranking positions in the White House, a concept that may have seemed foreign not too long ago.