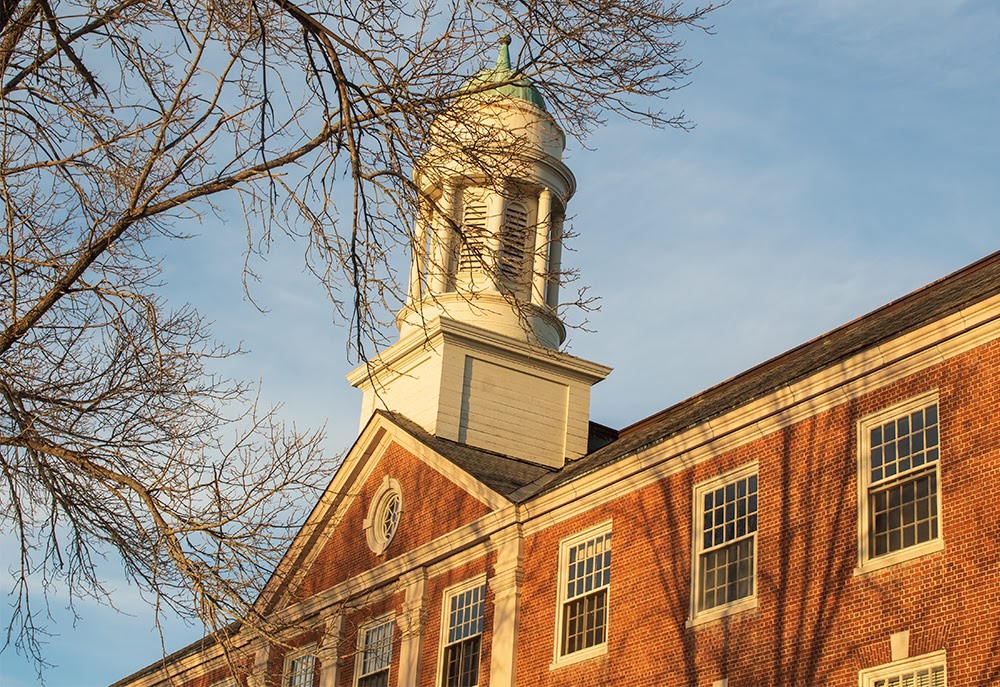 On Nov. 12, the University of Maine History Department held its third symposium series talk, “Moved by the State: Forced Relocation and Making a Good Life in Postwar Canada,” via Zoom. Guest speaker Tina Loo gave a presentation on the topic with a prepared PowerPoint and case studies on relocated communities. This talk was co-sponsored by the Canadian-American Center at UMaine.

Loo is a professor of history at the University of British Columbia and a well-known historian in Canada. She is also a member of the Royal Society of Canada and is currently the co-editor of the Canadian Historical Review. Loo recently had her book “Moved by the State” published in 2019.

In “Moved by the State,” Loo discusses five examples of postwar relocation cases in Canada. The five examples take place in the Central Arctic, Newfoundland, Quebec, Nova Scotia, and British Columbia. Loo discussed three of the five cases in her presentation.

Before sharing the three case studies, Loo examined how forced relocations are now understood as welfare and economic development measures. According to Loo, it is about political development, lifting people out of poverty and making them more governable.

The first case presented was on the Inuit people in the Central Arctic in the mid-1950s. Loo talked about how migratory barren-ground caribou were appearing less and less, harming the Inuit who depended on them to survive. With the land no longer sustainable, the Inuit people were relocated.

“To reduce welfare costs and prevent Inuit from becoming dependent, bureaucrats from the Federal Department of Northern Affairs and National Resources decided to move groups of them to new and better hunting grounds,” Loo said. “A decision that turned out to have tragic consequences. After learning several Inuit had died of starvation in the winter of 1958-1959, Northern Affairs concluded the land had failed the people and not them. In light of that, they believed the best course of action was to relocate these inland peoples to permanent settlements on the west coast of Hudson Bay.”

From here forward, many Inuit went to work for a nickel mine for wages, becoming “people of the rock.” This mine then closed in 1962, causing many to relocate again to go work for other mines throughout Canada. Many of the others who didn’t relocate again were trained to create ceramics with the local clay since Northern Affairs believed market consumers in southern Canada and beyond had desires to purchase “authentic Indigenous craft.”

The second case was about resettlement in Newfoundland. The decline in cod fishery led to widespread poverty in small, coastal settlements. These families had carried out these salt fish trades for centuries, supplying them to merchants.

“The solution proposed by the Newfoundland government was to modernize the fishery, in part through a joint federal-provincial fisheries household resettlement program that ran from 1965 to 1975,” Loo said. “Concentrating the provinces’ scattered population in growth centers, as they were called, would, the politicians and the planners believed, create a workforce for the offshore fishery and its associated processing plants. Through resettlements, small-scale producers would become wage laborers in an industrialized fishery — a fishery for modern times.”

One main issue the Newfoundland government faced with these resettlements was that relocation was voluntary. Families had to choose to leave, unlike the Central Arctic Inuit case, where people were forced to relocate. Another issue was that outport Newfoundlanders lacked the skill of collective decision-making.

The final, third case Loo discussed took place in eastern Quebec. Taking place in the early 1960s, the poorest area of Quebec was in the Lower St. Lawrence and Gaspé region.

“It was also the subject of what was then the most ambitious and expensive economic development project funded by the federal and provincial governments,” Loo said. “It was carried out by the Arms-Length Eastern Quebec Development Office, the Bureau D’amenagement de L’est du Quebec, or BAEQ. It had the quiet revolution goal of ‘rattrapage,’ that is the goal of the resident’s catching up to the standard of living that was enjoyed by their fellow Quebecers.”

This catching up involved two things. The first was consolidating a rural population in “marginal parishes.” The second was to convince those left on the lands to improve agriculture and fisheries through modern methods and technologies.

Following Loo’s presentation, the Zoom was opened up to a Q & A session facilitated by Mark McLaughlin, a member of the History Department and the Canadian-American Center. McLaughlin directed the Q & A, while Loo provided the answers to the best of her abilities.

Although this symposium series talk covered just a sliver of forced relocation in postwar Canada, it gave a glimpse of what life was like for struggling Inuit, Newfoundland fishers and poverty-stricken families of Quebec in the 50s, 60s and 70s. Loo has done much more extensive research on relocation and resettlement in postwar Canada, as well as research in the environmental history of Canada.

Franco-American women reflect on their pasts and share hopes for the future
Black Bear Abroad: Study Abroad Ambassador Gustav Anderson overcame his traveling fears and fell in love with Italy during his time abroad in spring ‘19