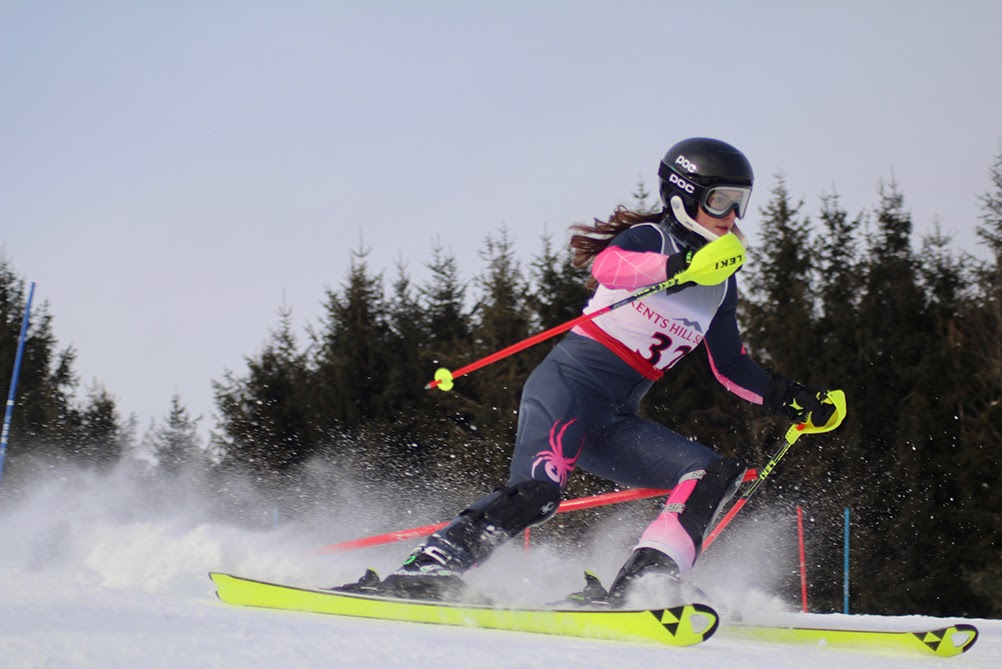 The University of Maine’s Alpine Ski Team is a popular team-building winter sport focusing on competitive ski racing at the club level. Typically those who join the club team have raced in the past, but this should not be considered a barrier when deciding whether or not to join the team. Some members of the club sport have only ever skied as a hobby rather than as a sport. The ski team races for six weeks during the winter months and consists of 25 to 35 racers at a given time.

According to co-President Kristina Glynn, the team always holds a practice prior to the beginning of the season at Mt. Abram in Greenwood. However, due to the COVID-19 pandemic, this year the team will not be able to hold this practice. Typically, the group travels to mountains throughout the state of Maine to compete in timed races.

For now, the Alpine Ski Team hosts meetings on the video conferencing platform we’ve all become quite familiar with, Zoom. Although meetings took place on a weekly basis in the past, this year, things are a bit different. This fall semester, the club has hosted around four meetings, meeting about once a month. These meetings take place on Thursdays at 6 p.m. to discuss past and future races and fundraising for the team, among other things.

Because of the pandemic, this competition season looks a bit different. This year, the club is cutting the number of races from eight races down to four. However, to compensate for the decreased number of different races, the club members will be skiing three runs at each race. According to the co-presidents of the club, the club members are very enthusiastic about the sport and always look forward to these competitive opportunities.

The members that represent the Alpine Ski Team have a positive outlook on these races and enjoy the opportunity to get on the mountain, feel the fresh air, and try to beat a previous time. One memorable way the club members celebrate their success is through their costume race. According to members of the team, this is the main highlight of the season.

Glynn along with Victoria Beliveau serve as co-presidents of the team, while Ben Tyler serves as treasurer and Dale Russel is the advisor. For those who are interested in joining, it’s not too late.

Those who are interested in keeping up with or even thinking about joining the team but aren’t completely sure can follow the team’s Instagram page. Their Instagram handle is @umaine_alpine. Additionally, the Alpine Ski Team has a Facebook page. Members of the club stay in contact with one another through this platform, as well as post interesting photographs and relevant information.