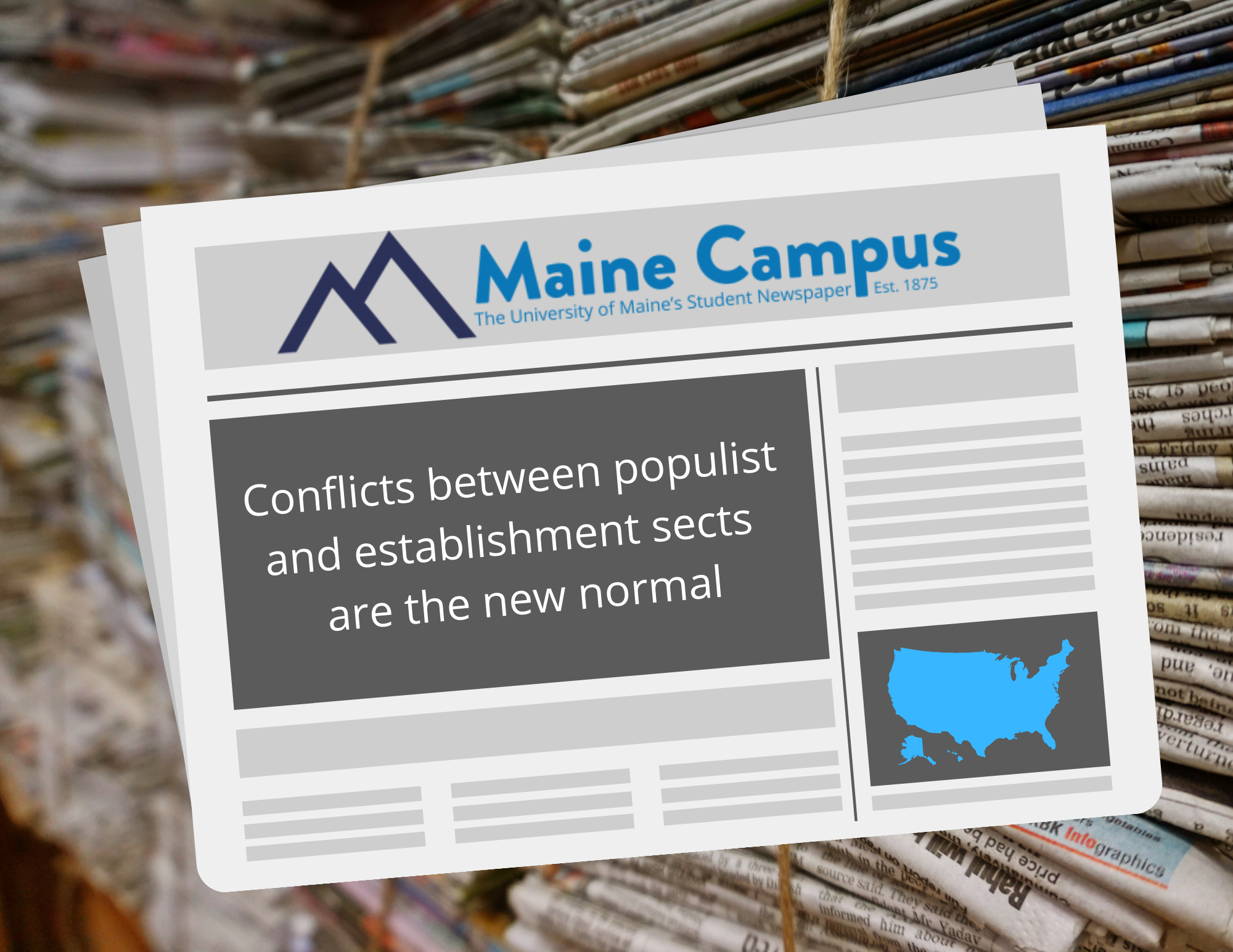 On Monday, the electoral college is expected to confirm Joe Biden as the 46th president-elect of the United States. The election saw record breaking voter turnout yet still managed to leave both parties disappointed and weaker than before the election. In the wake of the election, President Donald Trump’s refusal to concede has fractured the Republican party, and an underwhelming performance from Democrats have deepened the divides between their ideological factions. The core of the split in both parties is over the place of populism, the rejection of governance by the elite for the elite, in favor of appealing to the general populace.

In 2015 and 2016, Trump tore through a field of the country’s  20 most revered and powerful Republicans. He did this through a combination of acidic schoolyard wit and a Bill Clinton-esque shamelessness. The party establishment hated it, but many Republicans and some independents loved it. Now, reeling from a lost presidential election, the party faces a divide between the establishment and the new populists. The establishment Republicans are represented by Sens. Lindsey Graham and Mitch McConnell, remnants of the Reagan and G.W. Bush eras of conservatism. The populist wing is represented by Sen. Josh Hawley of Missouri, who said, “large segments of the party establishment that are not at all reconciled with the president’s victory in 2016,” and that, “If the party is going to have a future, it’s got to become the party of working people.” This approach is prevalent in the Rust Belt, with Republicans becoming competitive in former Democratic strongholds. The approach is also in conflict with the establishment branch that would like to have a return to the economic and social conservatism from the pre-Trump era. From now until the 2022 midterms we will see which of these factions win out.

In stark contrast to primary candidate Trump, we have Joe Biden. Biden muddled through the primaries, barely beating out Sen. Bernie Sanders, with help from a slew of pre-Super Tuesday moderate candidate dropouts. This highlights the biggest tension in the Democratic party, between the establishment wing and the much more populist, progressive wing. The establishment is represented by career politicians such as House Speaker Nancy Pelosi and Biden. The populists are commonly recognized by the “squad” of young progressive women elected in the 2018 midterm elections, such as Reps. Ilhan Omar and Alexandria Ocasio-Cortez, and the independent Sen. Sanders.

Similar to the Republicans, Democrats saw populism rise in their own party in 2016, with Sanders’ maverick democratic-socialist platform and the people he inspired. The Democrats find themselves torn between nostalgia for Obama-era liberalism and the emergence of progressivism, which bears more resemblance to the New Deal Democrats of the ‘30s than to Clinton or Obama. According to NPR, “Both sides of the party are looking for someone to blame as the losses sink in.” The Democrats are torn between suburban professionals and young progressives. Rep. Jared Golden is an outlier, a moderate Democrat that won in a district that Trump won in 2016 and 2020. He serves as a potential template for the Democrats to maintain competitiveness in districts that Republicans are pulling ahead in.

There is no answer to how the parties will change and reorient themselves in this new era of American politics, but party realignment is nothing new and happens every few decades. An idea of how it might shake out can be taken from the 1932 election, which saw Franklin Delano Roosevelt and his New Deal Coalition come to power. Both the 1932 and the 2020 elections are hallmarked by unprecedented times, as the Great Depression ravaged our predecessors as the fallout from COVID-19 ravages us. According to the National Bureau of Economic research, “[Herbert] Hoover and the Republicans lost that election more than the Democrats won it.” Hoover’s wait-and-see attitude and preference for helping businesses before the people is what propelled FDR to power and transformed some Republicans into staunch New Deal Democrats. We see this in today’s parties as they begin splitting into factions that take their cues from constituents and factions that want business as usual.