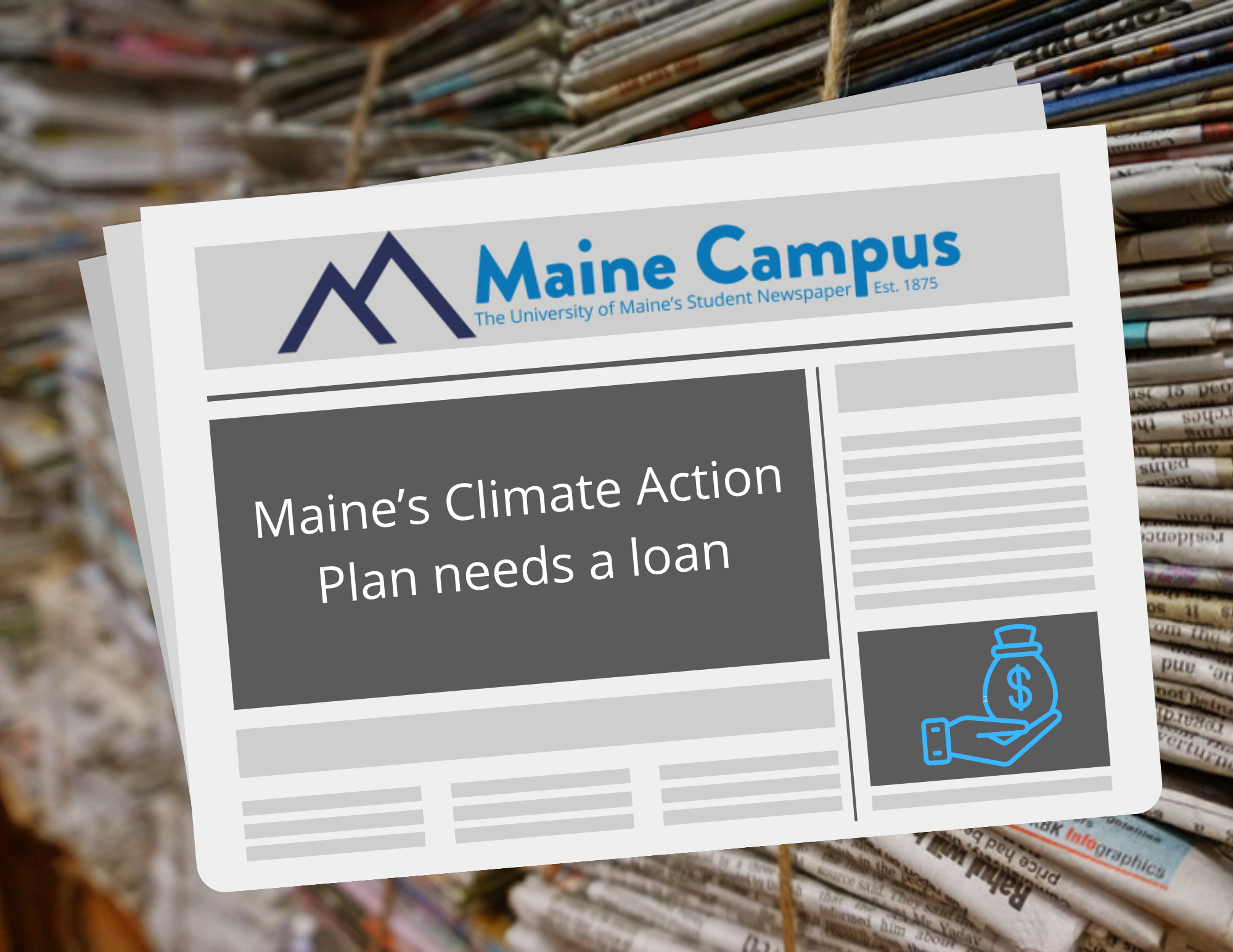 On Dec. 1, Gov. Janet Mills released Maine’s four-year Climate Action Plan after 15 months of debate and collaboration among members of the Maine Climate Council and over 230 working group members. The plan lays out the various measures aimed at reaching the Climate Council’s goal of reducing net carbon emissions in the state by 80% by 2050. When it comes to the climate change crisis, calls for swift and ambitious action are relentless and justified. However, Mills’ plan, both the Portland Press Herald and the Bangor Daily News (BDN) have noted, lacks a clear source of funding. While a generous recovery package from the Biden administration could be on the horizon, the governor and supporters of the plan should prepare to make the tough fiscal decisions necessary to get their plan off the ground.

To both reduce carbon emissions and create jobs, one element the Climate Action Plan focuses on is creating and promoting cleaner, more efficient transportation options by expanding sidewalks, funding public transit, and subsidizing electric vehicle purchases. The plan sets the goal of having 41,000 electric cars on Maine roads by 2025, which raised many eyebrows as only 1,800 Maine residents owned electric vehicles in 2018, according to the Natural Resources Council of Maine (NRCM).

Adam Lee, chairman of Lee Auto Malls, was one such pair of eyebrows, as he told the Portland Press Herald, “The goals and objectives seem aspirational… I’m not sure how we can sell 41,000 electric vehicles when I had a hard time selling 30 Nissan Leafs a year.”

The plan also calls for the weatherization of 17,000 homes by 2025, increased investments in solar and wind energy, and significant upgrades to the state electrical grid in order to support the storage of that energy. The plan presents the opportunity to create thousands of jobs, however the bill on all of these infrastructure projects reaches well into the stratosphere.

That is, in essence, the biggest problem facing Mills’ plan, and in fact every effort to combat climate: price. The plan identifies various possible revenue sources, such as taxing rental vehicles or using settlement dollars from environmental lawsuits, while never committing to any of them or indicating to what degree they would cover the costs. One option that many states are already deeply involved with is the Transportation and Climate Initiative (TCI) of the Northeast and mid-Atlantic states, which would have states set a cap on transportation emissions and allow fuel providers to bid on every ton of carbon dioxide their fuel would produce beyond the cap. While the TCI would certainly generate plentiful revenue, it would also place a greater financial burden on residents who would likely suffer higher gas prices.

Perhaps the most hopeful fiscal prospect for Mills’ plan would be the president-elect’s own green infrastructure plan. Joe Biden’s plan, titled “Build Back Better,” would dedicate $2 trillion to funding “modern, sustainable infrastructure” with the goal of creating a carbon-free power sector by 2035 and net-zero emissions by 2050.

Biden’s plan is just as, if not more ambitious than the Maine Climate Action Plan, but the difference is that Biden has the power of the federal government behind him, more or less. If the pandemic has taught the American people anything, it’s that when leaders in Washington are motivated, money moves. According to USAspending, the federal government has shelled out $1.6 trillion of $2.6 trillion that has been set aside to combat the various impacts of the COVID-19 crisis.

There are, of course, barriers facing Biden’s plan. The ease with which many of his policies will pass through the Senate is entirely dependent upon the Georgia run-off elections. However, Michael Brune, the executive director of the Sierra Club, told The Guardian that he is optimistic regardless of the outcomes in Georgia: “Even though there might be obstructionism coming from Republican leadership in the Senate, we think that there will be many opportunities for Democrats and Republicans to come together to pass strong legislation.”

One can only suppose that this is the attitude that Mills is taking with the Climate Action Plan. Somehow, someway, federal relief dollars will come to kick-start Maine’s efforts to “Build Back Better.” Even if Biden finds nothing but obstruction in the Senate, there is something to be said for the unprecedented quality of Maine’s plan. As a leader, the governor has set the expectation that climate change will inform all of her fiscal decisions for the next four years. All we can do at this point is watch closely and hope that it’s more than a pipe dream.