The “fake news” era is long from over

Home /Opinion/The “fake news” era is long from over 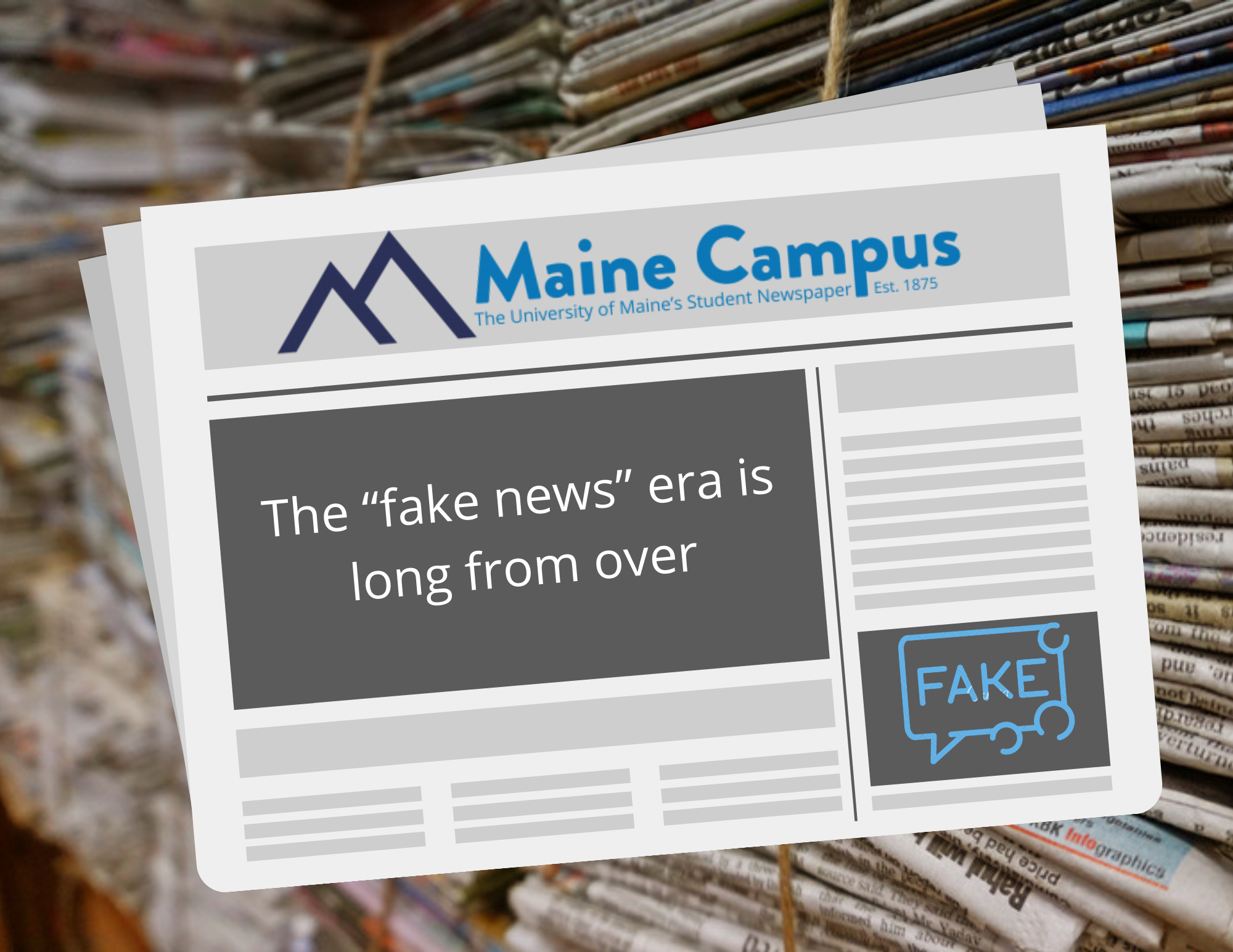 In the past five years, the phrase “fake news” has firmly established itself in our cultural lexicon. It’s safe to assume that any piece of political media coverage is going to be surrounded by questions of its truthfulness, and these statements are typically grounded in one’s political affiliation. President Donald Trump has successfully crafted a reality for his supporters in which any negative coverage of himself is presumed to be “fake.” While it can be considered a good thing that there is now more pressure on media companies to deliver fact-based reporting, a national distrust of the media presents a danger to democracy, one that will be felt long after Trump’s presidency.

There is an irony to Trump’s claims of mass media corruption, as the Washington Post reports that the president has made over 20,000 false or misleading claims during his presidency. This has resulted in a very confusing dichotomy of a president who has a tendency for spreading false or inaccurate information, yet criticizes the media for similar transgressions, founded or otherwise.

This seemingly presents a dilemma: Is the media to accurately report the news, and essentially call the president a liar? Or, should it suffer, and therefore perpetuate, the spread of false information?

This is a tricky situation that was made painfully obvious by the 2020 presidential election. If a news outlet was to accurately report the results of the election, they were going to be criticized by the president and his loyal followers. To report the truth had become, to many, controversial and political.

This criticism may have originally been focused on national, more left-leaning news corporations, such as CNN, The New York Times and NPR, but it now exists everywhere. Responses to the local media organizations like Bangor Daily News and WABI frequently criticize the outlets for “fake” reporting, being “liberal snowflakes” and, in light of election results, encouraging fraud.

In another ironic twist, Trump’s presidency has actually brought forth more fact checking in reporting and overall better and more diligent news reporting from large media outlets.  CNN’s Chief Media Correspondent Brian Stelter told NPR’s Lulu Garcia-Navarro that, on one hand, “the public has been well served by the increase in fact-checking.” On other hand, the line between fact itself and truth has been blurred.

Despite an increase in fact checking from many reputable outlets, the ability for misinformation to spread remains high, and this is something Trump came to rely on in his tenure, as his own narrative naturally paints him in a much better light than the truth.

News reporting is an integral part of democracy. Media organizations are a vital check on our government, and the fact that we have not only blurred, but erased the lines between the truth and fabricated information presents a serious danger to our democracy. Political reporting has become a tool for dividing the American people, and to assume that this trend will conclude with Trump’s presidency is naive.