Editorial: The teleworker migration could change the state of Maine, whether residents like it or not

Home /Opinion/Editorials/Editorial: The teleworker migration could change the state of Maine, whether residents like it or not 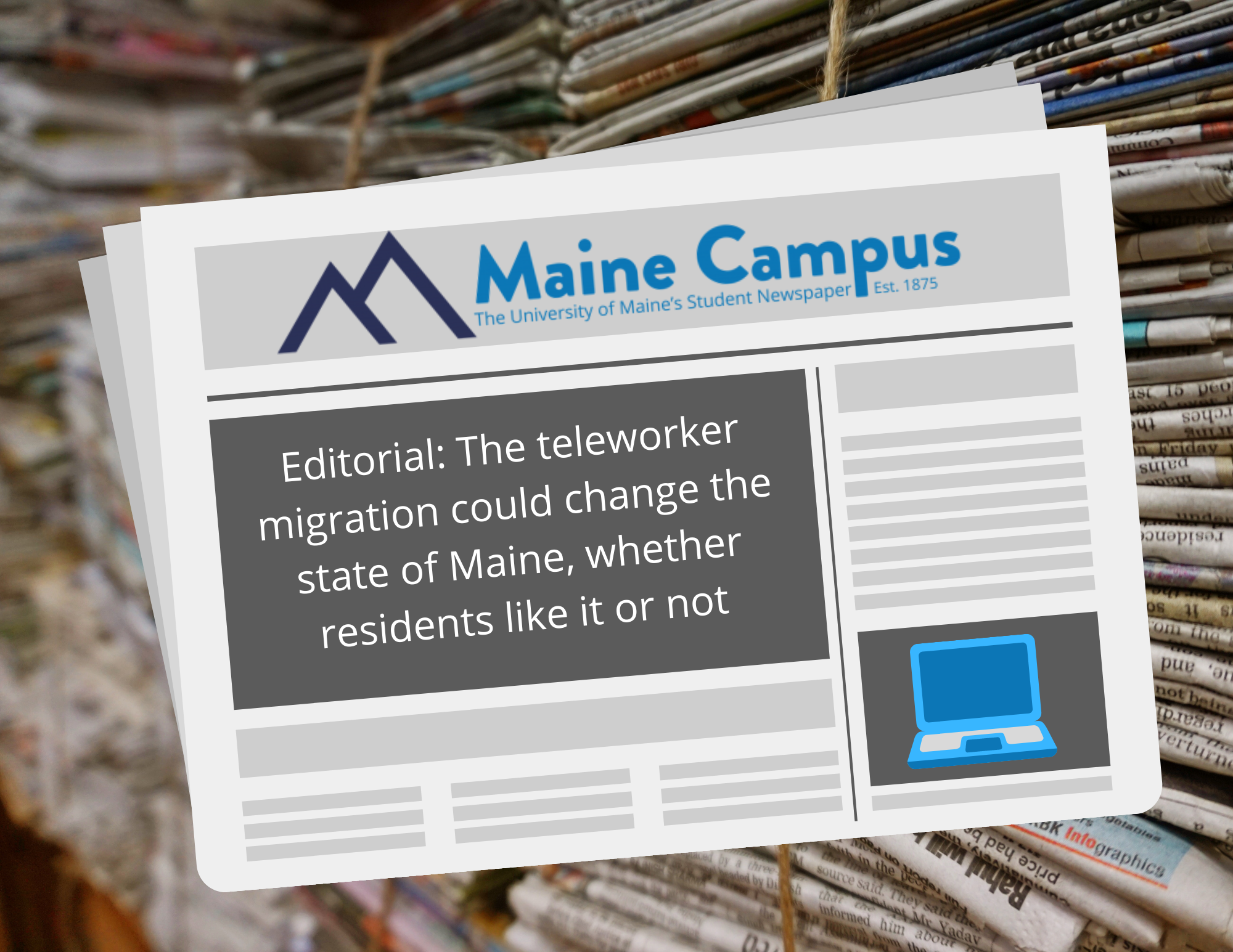 Maine’s housing market seems to be stuck between a rock and the state of Massachusetts. 2020 was a record year for home sales due to mass-migrations of wealthy teleworkers from crowded cities, and with demand refusing to subside, accessible regions like the greater Portland area are struggling to keep up with a dwindling inventory of homes and apartments. Such shortages have historically resulted in resentment amongst communities that have to deal with skyrocketing housing and rental prices. While municipalities will likely have to address the difficult issue of rezoning for new development, residents, new and old, would do well to embrace their new neighbors and the benefits they offer their communities.

The cause behind the unprecedented demand for housing outside of dense, urban environments has everything to do with the massive shift to teleworking across the country at the outset of the pandemic. The fact of the matter is that a small apartment or condominium isn’t so appealing when it’s suddenly one’s office as well.

“Most people want to own a home that they can work out of, that they can recreate from. A rural environment is attractive,” Madeleine Hill, president-elect for the Maine Association of Realtors, told Maine Public. “The narrative is we’re seeing people come in and buying in small rural towns, not just in southern Maine.”

With this kind of housing boom, the untenable increases in housing and rental prices that push out middle and working-class residents from popular communities like South Portland can produce significant resentment towards their new neighbors. Northern Idaho is experiencing the same phenomenon, and Boise has been struggling with it for years.

In the 2019 Boise mayoral election, Candidate Wayne Richey gained traction and attention with a platform entirely devoted to preventing Californians from moving to the city. According to the Los Angeles Times, Boise’s median home and rental prices have been steadily driven up since 2018 by explosive influxes of wealthy buyers from California trying to escape the Golden State’s own housing crisis. While Richey’s one-track platform was extreme, it expressed many Idahoans’ frustration with a housing market that has been seemingly impossible for them to compete in.

Now, Boise’s stressed housing market has extended well beyond the city into northern Idaho’s rural towns in counties like Kootenai, where out-of-towners are pursuing the very same things as those moving to Maine, and it is producing a climate in which residents are afraid to sell their homes because they may not be able to find another that they can afford.

According to The Spokesman Review, “People are moving from larger West Coast cities to North Idaho for a variety of reasons, including proximity to lakes and outdoor activities, the ability to work remotely, and what they consider to be a more moderate political climate with lower taxes.”

With no end in sight to this current housing climate, it stands in residents’ best interest to acknowledge the benefits of this influx of remote workers. For one, it stands to significantly benefit the state in terms of its ambitious economic goals. With an aging workforce, the state expects to see a loss of 16,000 in the workforce by 2028 as residents retire, according to the Bangor Daily News. Gov. Mills has set the goal of increasing the workforce by 75,000 by the end of the decade, and encouraging more teleworkers to move to the state could help to offset some of the anticipated losses.

Additionally, Maine’s rural counties, where traffic from out-of-state is typically seasonal, have experienced significant boosts in home sales that have been mirrored in the local economy. According to the Portland Press Herald, home sales for the period of November through January in Piscataquis County have nearly doubled since the year prior, and Maine Public reported that the median price of units in Franklin County had increased from $150,000 in the summer of 2019 to $194,000 in the summer of 2020.

However, while inviting more teleworkers to Maine could improve the state’s workforce, it is unclear how much it would affect the measures for economic productivity, gross domestic product (GDP) and value-added per worker. While the workers could very well reside in Maine, the hubs of the entities that they work for could remain in cities like Boston, complicating the true measure of their labor’s contribution to Maine’s economy.

While individual municipalities should pursue sustainable ways to increase housing inventory like affordable housing projects and zoning regulations that permit increased housing density in already developed areas, Maine residents should look at cities like Boise as instructive examples. Very little can be done to limit the migration of out-of-state residents who are willing to pay top dollar for whatever is available; in the short term, Mainers should welcome them as the economic stimulus that they are. Otherwise they will have no reason not to return to the apartments and condos from whence they came.