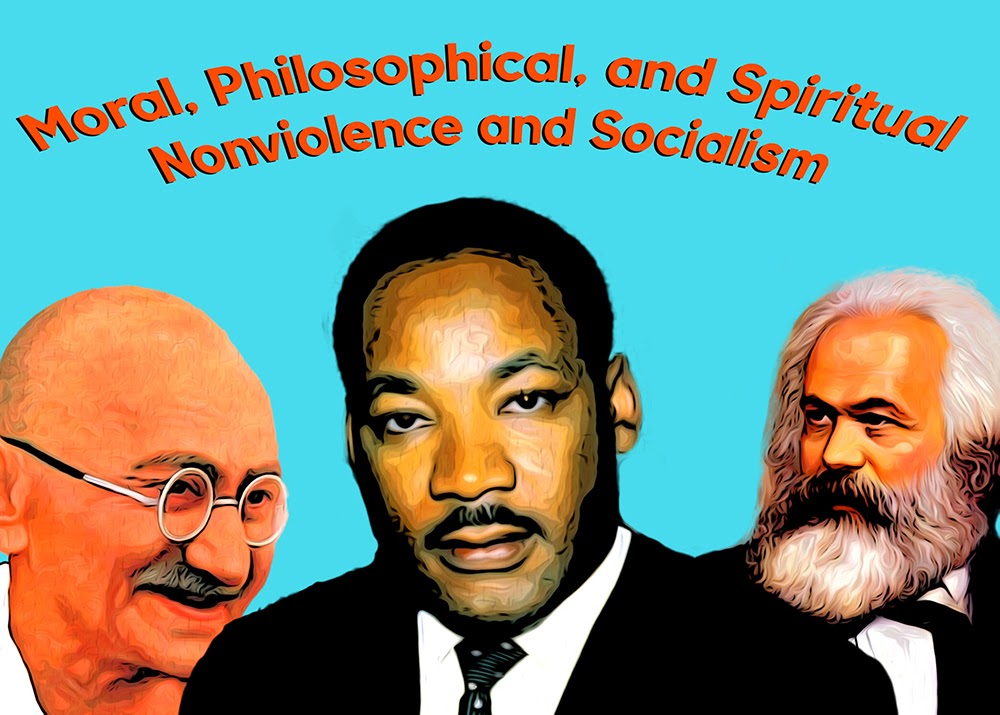 Doug Allen, professor emeritus of philosophy at the University of Maine, presented his talk “Moral, Philosophical, and Spiritual Non-Violence and Socialism in 2021” as part of the Spring 2021 Socialist and Marxist Studies Series this past Thursday, Feb. 18. Allen is also the recipient of Fulbright and Smithsonian grants to India, the Maine Presidential Research and Creative Achievement Award and the Distinguished Maine Professor Award.

Allen noted that his presentation only skimmed the surface on the topic of moral, philosophical and spiritual nonviolence and socialism. In his discussion of the moral aspect, he presented the idea that ethics are not autonomous, independent or self-sufficient. Discussing how important it is to work in partnership with others if one wants to be considered moral, it is important to understand that moralism is distinguished by “facts and true knowledge.” As a baseline aspect, morality provides “motivation, hope, and solidarity; which is essential for non-violent socialism in 2021.”

During the discussion of the philosophical portion of his theory, Allen noted that philosophy is “essential for clarification of meaning and for the development of perspectives,” claiming that philosophy is action oriented, while also being holistic and organic. He emphasized the importance of what connects us, rather than what separates us in the context of philosophy.

Moving to a discussion of spirituality, Allen noted how the root of spirituality is, in fact, the spirit, identifying it “with the breath” and with the soul. Furthermore, Allen reconciled that the spirit can be identified with any non-physical force, explaining the connection between spirituality and religion. He noted that the spiritual aspect of life is “valuable and necessary,” helping those “realize potential for the self and for world transformation.”

The discussion of nonviolence was by far the most lengthy portion of the talk as violence and nonviolence can be used to “express a variety of social, political, cultural, economic, environmental, spiritual, philosophical and moral beliefs.” Allen explained how dynamic nonviolence is expressed as love and is a force of truth. It is important to note that non-violence should “not be passive, but meaningful and positive” in order to improve our livelihoods, and minimize violence.

Allen mentioned a variety of barriers to nonviolence such as the lack of experience, lack of concern in regards to well-being; and the fact that alternatives to violence require self-discipline, development and knowledge. Additionally, he noted that people are “often passive and inactive when it comes to their approaches and attempts at nonviolence,” adding a secondary layer to his conclusion that the problem all of society is facing is the fact that violence has become normalized. In order to make change, Allen claimed, we must “understand the context and dimensions of violence and how they interact with one another.”

Allen concluded his four-part talk by explaining that moral, philosophical, spiritual and nonviolent factors essentially define socialism. However, he noted it is necessary that we understand one can’t live in a pure socialist society. Hence, why the United States implements socialist projects, such as welfare, in its capitalist framework.

The Socialist and Marxist Studies Series talks occur on select Thursdays from 12:30 to 1:45 p.m. with remaining talks happening on Feb. 25, March 18 and March 25 via Zoom. For more information and a schedule of upcoming events, please visit https://umaine.edu/socialistandmarxiststudiesseries/.

PHOTO VIA TheWrap.com
House of the Dragon: sometimes…

Photo Via Flickeringmyth.com
Top Gun: Maverick is a…