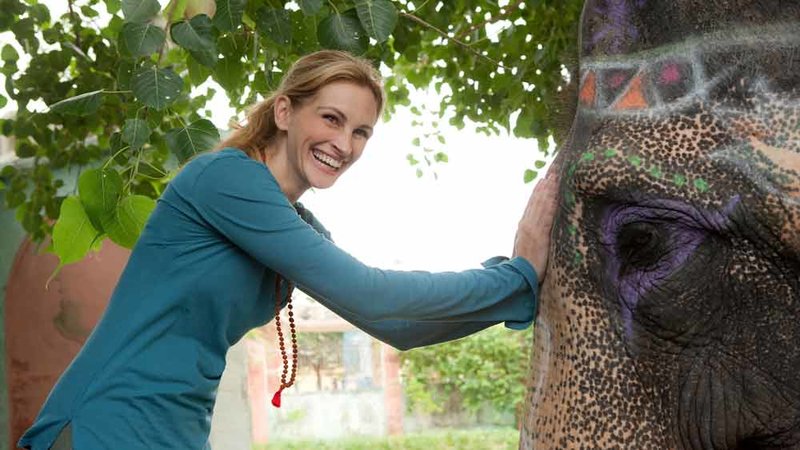 Recently made available to stream on Netflix, the 2010 American biographical romance drama “Eat Pray Love” has the ability to inspire thousands. Based on Elizabeth Gilbert’s 2006 memoir of the same title, and with a run time of 2 hours and 20 minutes, the film is a lengthy but valuable story about the most important things in life: self-discovery, love and happiness.

Starring Julia Roberts as Liz Gilbert and Javier Bardem as Felipe, the film’s leads could not have had better chemistry. Their performances effortlessly bring about feelings of inspiration and self-love. Roberts is well-known for her roles in “Pretty Women” (1990) and “Erin Brockovich” (2000), while Bardem is best-known for his role in “No Country for Old Men” (2007).

The film follows Gilbert’s journey as she finds her successful career derailed by a devastating divorce. Having lost everything, Gilbert travels around the world in a journey of self-discovery. Stepping out of her comfort zone, she takes a year off from work to explore Italy, India and Bali, Indonesia. Gilbert does exactly what the title of the film states; she eats, she prays and she loves. Along the way, she rediscovers herself and learns what is truly important in her life and what she really wants.

“Eat Pray Love” was directed by Ryan Murphy and produced by Dede Gardner. The screenplay was also written by Ryan Murphy, alongside Jennifer Salt. The film received nominations for the People’s Choice Award for Favorite Movie Actress, as well as the Satellite Award for Best Costume Design.

The costumes and settings in this film were spot-on. Each scene will make viewers feel immersed in the cultures that Gilbert was experiencing. Gilbert learned the Italian language hands-on in the center of Italy, wore outfits that one would really see in India and experienced the culture one would find in Bali.

Simply put, this film is a must-watch. Whether you are struggling with finding your path in life or you just need a little inspiration, “Eat Pray Love” is the perfect solution. Curl up on the weekend and binge away on the adventure of a lifetime in Italy, India and Bali. Grab your friends, a bowl of popcorn and always remember to make the best out of this life we are all given. If there is one takeaway “Eat Pray Love” can give you, it is to appreciate all the little things in life and to follow your heart. You know yourself better than anyone, and only you can decide what is best for you.