Editorial: Commencement could work if the graduating class wants it to.

Home /Opinion/Editorials/Editorial: Commencement could work if the graduating class wants it to. 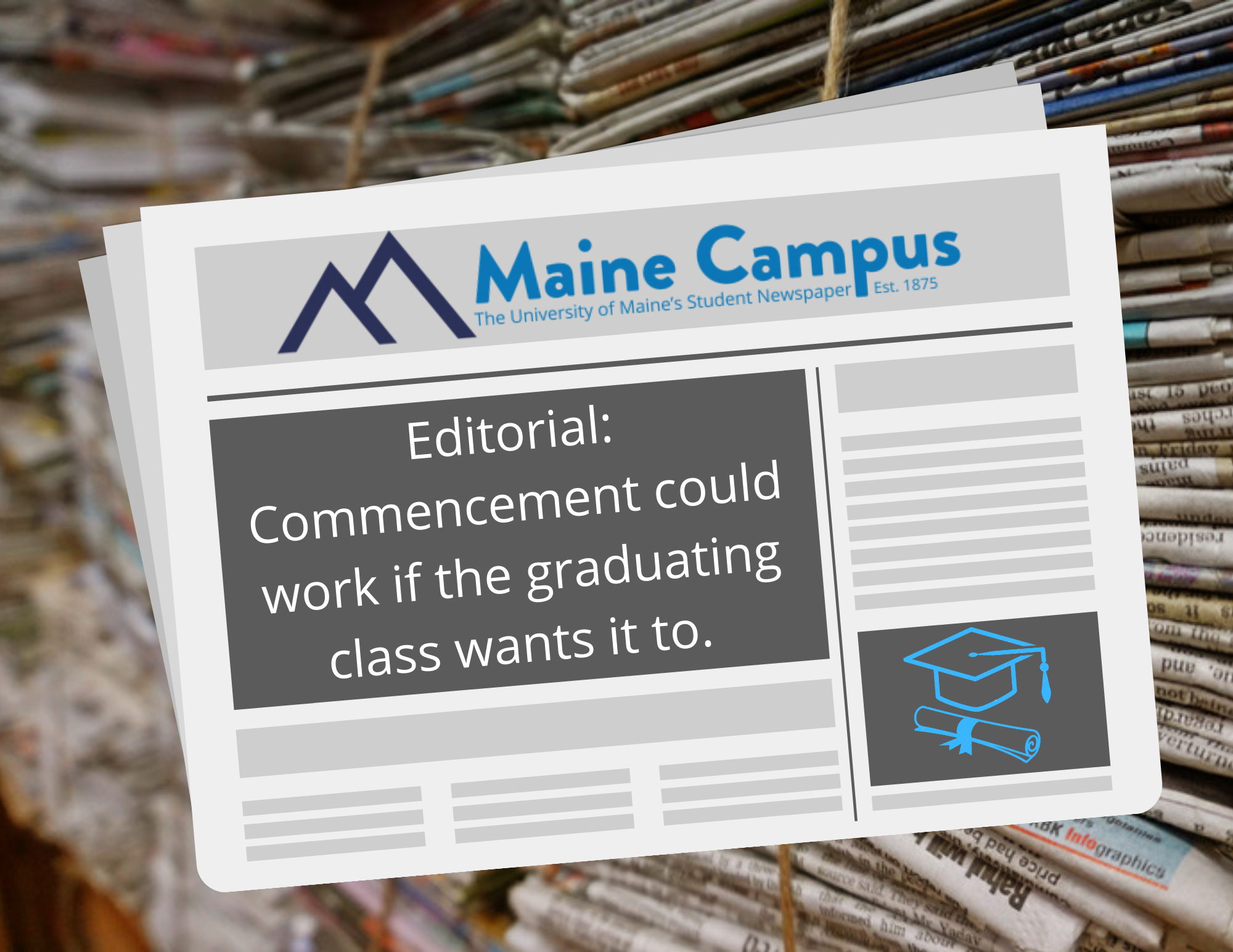 On March 3, President Joan Ferrini-Mundy and members of the University of Maine’s Commencement Committee held a virtual town hall on YouTube to present a revised hybrid plan for the class of 2021’s commencement ceremony, in response to a Change.org petition rebuking the initial virtual plan that has now garnered over 1,700 signatures. This sort of response from students is impressive, but the town hall currently sits at just under 300 views. If the class of 2021 truly wants to have a hand in creating a memorable commencement, then their engagement needs to extend beyond typing their name into a petition.

The events leading up to Wednesday’s town hall were something of a saga, but one that the average student could be forgiven for missing. It began with a memo sent to the UMaine and Machias campus communities announcing that this year’s commencement would be entirely virtual in light of COVID-19 continuing to ravage the country. This in turn inspired Brody Osborne, a fourth-year mechanical engineering technology student at UMaine, to post a petition calling for an in-person ceremony to the UMaine Class of 2021 Facebook page, eventually attracting the attention of news sources like the Portland Press Herald and News Center Maine.

“So I guess it’s disappointment in the university administration, it feels like nothing was really done to even attempt to make this happen in person,” Osborne said to News Center Maine. “There’s certainly enough space and opportunity in this campus that some kind of in-person even can be held.”

Osborne’s frustrations, the frustrations of many soon-to-be graduates, are absolutely valid. The classes of 2020 and 2021 were not dealt a fair hand, and the university’s administrators arguably should have expected the president’s sudden and brief memo to become an immediate target for students’ ire.

However, the total views of the town hall represent less than 17% of those that signed the petition (if we assume that every viewer was a signee). Even accounting for the fact that town halls, as a general rule, are often boring and token opportunities for communities to air their grievances, this turnout is immensely disappointing considering how important the issue seemed for so many people.

The commencement committee not only introduced a new, audience-less hybrid plan that would allow students to process across the stage in the Collins Center for the Arts and film each of them for their families, but it also clarified a number of the barriers limiting the university’s ability to host a larger event, such as Gov. Janet Mills’ executive orders imposing limits on indoor and outdoor gatherings.

This is not to say that the town hall was not lacking in some ways. For one, there was no mention of the stream on either the class of 2021’s Facebook, where the petition gained its initial traction, or the class council’s Instagram pages. Additionally, while UMaine’s commencement webpage states that the committee includes student representatives, there were none given the floor during the stream, a significant missed opportunity to not only talk about student participation but show it as well.

However, this isn’t to say the members of the committee were insincere with their sympathies.

“I should’ve walked with my master’s degree May 2020, and so I truly understand what it means to not have that piece,” Benjamin Evans, coordinator for campus activities, said during his closing remarks at the virtual town hall. “What’s a little tough is that what’s best for our students is also making sure they don’t get COVID and making sure that they don’t take COVID home to their parents and their grandparents.”

There are nine weeks left until commencement, and there are a variety of ways for students to make their voices heard before decisions are finalized. The class of 2021 council holds open Zoom meetings every Tuesday from 5:30-6 p.m. to discuss commencement and senior week, there is a suggestion form on the university’s dedicated commencement page and the committee will be sending out a survey in the coming weeks to get student’s feedback and assess their interest in the hybrid event.

To use these opportunities for communication with university decision-makers effectively, students will need to make their peace with the realities of the COVID-19 crisis. Administrators will not plan for an outdoor event, there will be no large gathering of even a fraction of the 1,600 students that typically graduate each year, and friends and family will not be allowed to attend in-person. The fact of the matter is that people, students and administrators, are more likely to take an argument seriously if they feel heard. This goes both ways.

Many graduates could probably care less. If the petition was just a bit of organized fist-shaking, well that’s just fine. But if the class of 2021 is willing to toss out some ideas at a meeting, or participate in a survey or two, commencement might not be an entirely awkward affair. Which, after the last two semesters, would be really nice.