Maine should bring back its original flag

Home /Opinion/Maine should bring back its original flag 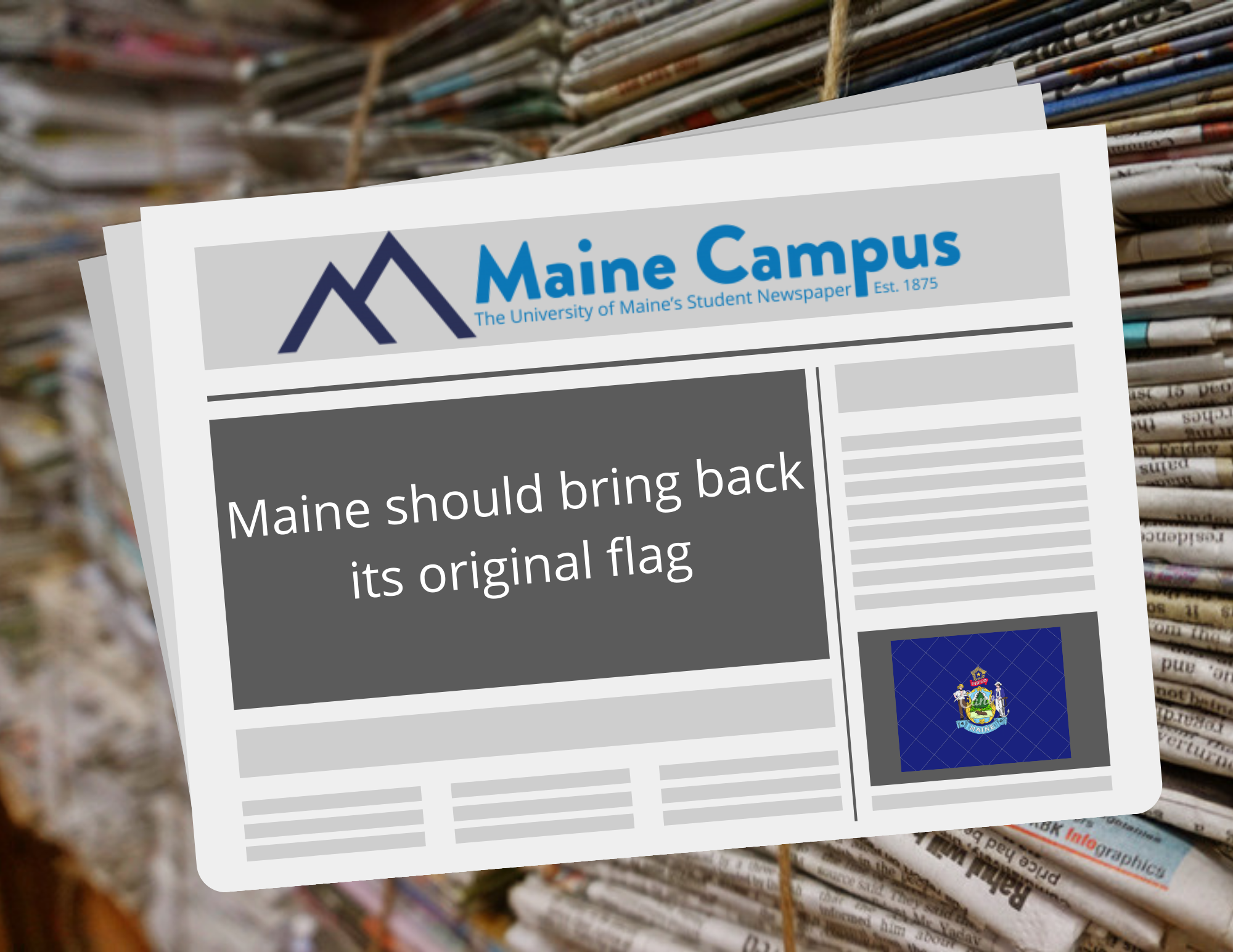 To put it lightly, Maine’s state flag is terrible. The flag is somehow bland and over-complicated at the same time. It breaks all the rules of good flag design established by the North American Vexillological Association. The worst part about the current flag is that it replaced a flag that was perfect for the state. It is because of the current flag’s poor design that Maine should revert to its original flag.

In vexillology, which is the study of flags, there are five rules for creating a well-designed flag. The first rule is that a flag should be simple enough for a child to draw it from memory. Take a moment and try to imagine the current flag of Maine. I am sure there are parts of it you can conjure to mind. Do you think you could draw it from memory?

Maine’s original flag was beautiful and simple. It has a buff-colored background with a green pine tree in the center and a blue star in the upper right corner. Without even seeing it, I’m sure you can imagine it. This means the original flag passes the first rule.

The third rule is a flag should only use two to three simple colors. The current flag doesn’t even come close to passing this. In total, there are about 15 different colors in the current flag, with three different shades of blue alone. The original flag nails this rule with only three colors total: blue, green, and buff yellow.

The fourth rule is that a flag should never have any lettering or seals. The original flag also passes this rule while the current flag fails miserably. Perhaps the most embarrassing part about the current flag is the fact that it says Maine right on it. I think it’s fair to say that if a flag has to say where it is from, it fails to effectively represent the state.

The final rule is that a flag should either be distinct or intentionally related to another flag. The current flag is similar to 20 other state flags in the United States. The flags in question all have a blue backdrop with a seal on top of that. This rule is where the original flag shows its worth. There is not a single flag that is even remotely similar to it. The original flag is unmistakable in its uniqueness.

All of these rules don’t just help design a flag that is pleasing to the eye. These rules set guidelines to create a symbol people can be proud of and recognize as their own. A state as beautiful as Maine needs a flag that is as striking as it is.