TV and the movies: gluing us together during the pandemic

Home /Opinion/TV and the movies: gluing us together during the pandemic 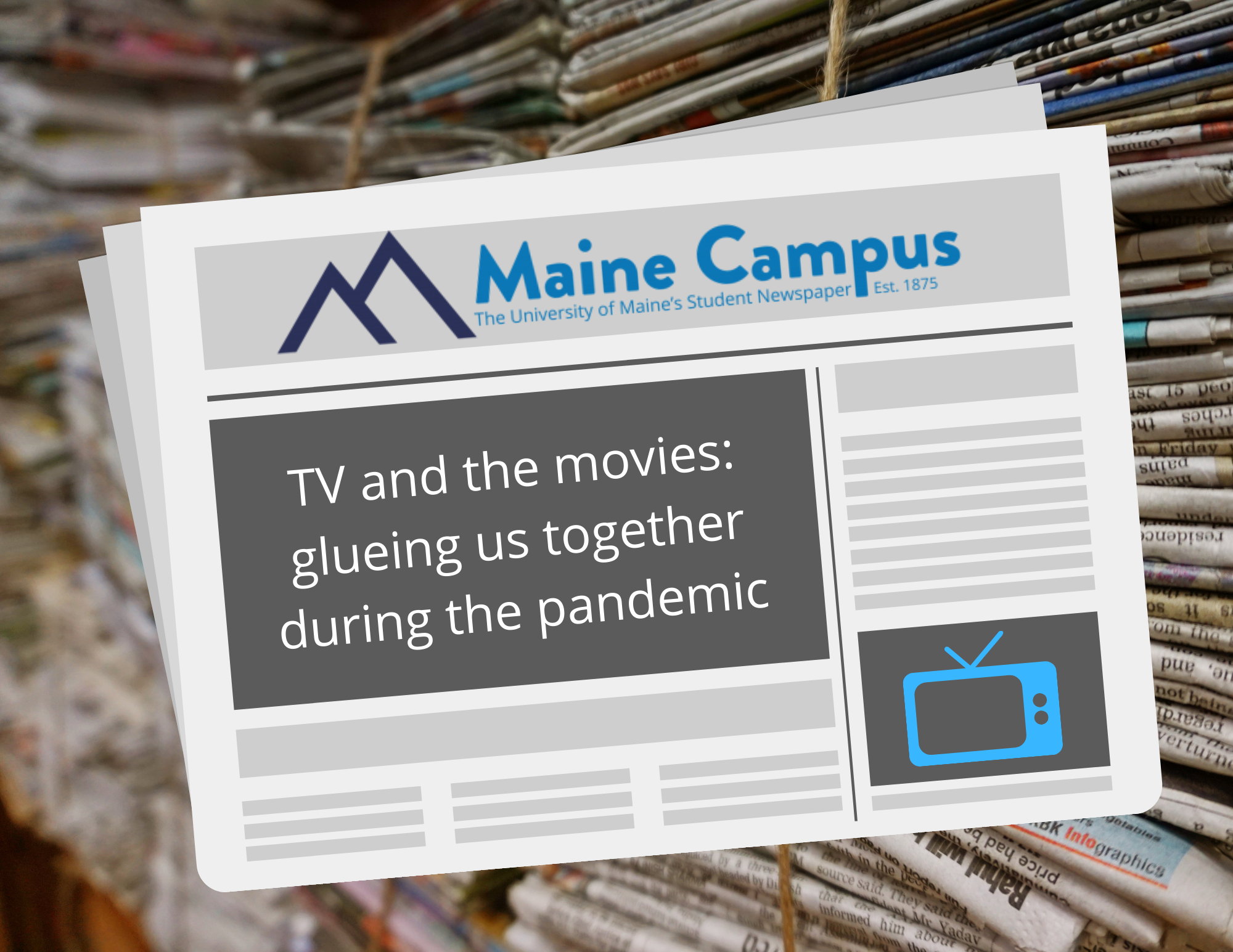 Most people know that watching TV isn’t the most productive use of time. Parents tell us we will rot away in front of the TV as kids, and often, TV-time is limited growing up. This is all for good reason; there are certainly healthier activities for everyone than lounging on a couch and staring at a screen. However, during a pandemic in which most people have been isolated to various degrees, we’ve all been craving social interaction and TV and movies have been an answer to our pleas for connection in numerous ways. An activity that can be considered isolating in itself has become, in this time of isolation, the catalyst for conversations and one of the most reliable ways to keep us all connected while we’ve been apart.

Throughout high school and much of college, I didn’t really watch TV. I would watch one show at a time on Netflix and slowly watch it all the way through, one episode per viewing session. It would take months. I even prided myself on the fact that, compared to most people, I didn’t really watch TV (as if spending time doom-scrolling on my phone at night was much better). During the pandemic, that all changed. Stuck at home last March, I began to just put shows on, the same shows that I’d been ignoring recommendations to watch for months. It wasn’t long before I got sucked in, and became a certified TV watcher.

Bringing up a TV show or movie you’ve recently watched, or ever watched, can spark conversation like few other topics can. For one, many shows tackle topics that are incredibly pertinent to society in ways that we may not think to address them ourselves. Right now, it also serves as the perfect topic of conversation because it’s often inconsequential. It’s fun. Forbes magazine has reported that watching TV can offer us an escape from our day-to-day worries, which have been more pressing than usual as of late.

In a discussion with Lulu Garcia Navallo of NPR, media psychologist Dr. Pamela Rutledge explains that, particularly during the pandemic, we’re turning to easy-to-consume, familiar-feeling TV shows that not only give our brains a break from the stress of uncertainty but also give us some of our energy back. We consume the content on TV for a little escape, and then we turn to our friends or even just the Twittersphere for a little connection. The bridge between the escape and the connection is the conversation that TV shows can spark without fail.

TV shows can be silly, dramatic and a mix of everything in between. They give us something else to talk about other than the bizarre and upsetting things that have unfolded around us in the past year, and the easy conversation brings us together in an isolating time. A study written in ScienceDaily found that watching a TV series and discussing it online helps female audiences “express themselves and feel a sense of belonging to a community.”

I work in a restaurant, and through the months of slow business, as we all stood around the bar rolling silverware, the conversation always quickly moved to the most recent Netflix show or movie, or some recent documentary on a celebrity’s life, or that week’s episode of “The Bachelor.” When it was slow and boring and we were all making no money at our job, and there were no parties to go to, no drama in our own lives, we always had TV to count on for content to discuss. When friends have been far away, or even nearby but inaccessible, a quick text to let your friend know that you finally finished “New Girl” could bring you together instantly, even at a distance.

The weather is getting nicer, it’s about to start staying light out through dinner time, and we should absolutely be getting off the couch and moving around and taking advantage of Maine’s great outdoors. But there’s no shame in flopping onto the couch at night and working through a couple of episodes of whatever everyone’s talking about on Twitter that week. Because then you can join the conversation, and you can bring that conversation to your friends, or your mom, and suddenly there, in your apartment alone in the middle of a pandemic, you’re not so alone after all.