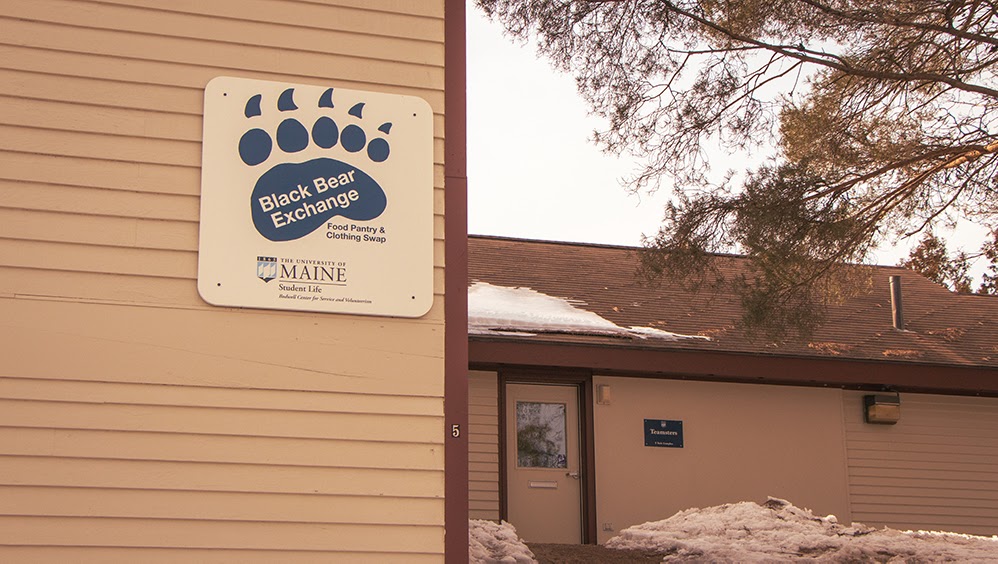 This campaign aims to foster healthy competition within the UMaine community as a March-Madness style, basketball bracket event where teams who raised more personal care goods such as toothpaste, soap and bandaids, are moved along, and those who fall short, are knocked out. As of Thursday, March 4, the campaign had 17 different student and administrative UMaine groups signed up and ready to compete and donate starting March 8.

Expanding on an Honors College initiative last semester, West and Tims noted that the current fundraiser is a culmination of both curiosity and hard work toward raising awareness about personal care item insecurity and building a campus community willing to support that need.

“We wanted to hone in on what food insecurity looks like on our campus. COVID-19 has really exacerbated that for a lot of people and we wanted to build community in a time when everybody is struggling,” Tims said.

At the beginning stages, West’s and Tims’ aim was focused more toward food security as a broad issue affecting the UMaine campus, however, they determined food items were not the only products necessary to get-by when funds are low.

“We were originally pretty oriented on food insecurity, but when you’re insecure in terms of food, you likely are also insecure in terms of personal care products which also contribute to your quality of life. We didn’t realize that it was such a big gap that needs to be filled, initially,” West said.

During their “Giving Tuesday” event around Thanksgiving last semester, the pair sought to give back in a smaller capacity before their current “It’s Personal” campaign this spring. In a single day, West noted how much support came from the surrounding UMaine community.

With the current “It’s Personal” Campaign, West and Tims are already seeing donations coming through which will be making their way to UMaine’s BBE in addition to the $500 Maine Hunger Dialogue grant awarded to the initiative in December which will be used primarily for donations directly to the BBE and for means of spreading the word.

Lisa Morin, coordinator of the Bodwell Center, which runs the BBE, UMaine’s campus food pantry, commented on this tremendous campus support and the need for it while the financial stressors of COVID-19 are still affecting the campus community, especially students who relied on on-campus work study opportunities or jobs in the surrounding area.

“We had been serving 60 or so people in a week’s time, and now we’re seeing over 100. [COVID-19 has] increased both the number and type of people coming in,” Morin said.

Morin emphasized that there is “not one type of student” who can take advantage of the BBE, recognizing the stigma around using the term “food cupboard” and expressing that the BBE remains an “exchange” to make those who may feel uncomfortable welcome. Students may use the BBE once a week or even once a month depending on their own personal need.

As the fundraiser wraps up on Maine Day, both Morin, West and Tims hope for this campaign to first aid the UMaine community, but most importantly spread awareness that personal care item insecurity goes hand-in-hand with food insecurity.

“I think this is the ideal scenario where we get a lot of stuff that would carry us for a while [so we can] help people [for longer], but also that people would realize this need and be able to pitch in to help keep the shelves full on a more regular basis [on top of what has already been done],” Morin said.

To get involved in this fundraiser, check out the “It’s Personal” campaign page to discover which groups are currently in the running beginning on March 8 and support your favorite team, or keep up to date on the Honors College and BBE social media platforms.

To access and learn more about the BBE, please visit their website for more information on their current Black Bears To Go program.