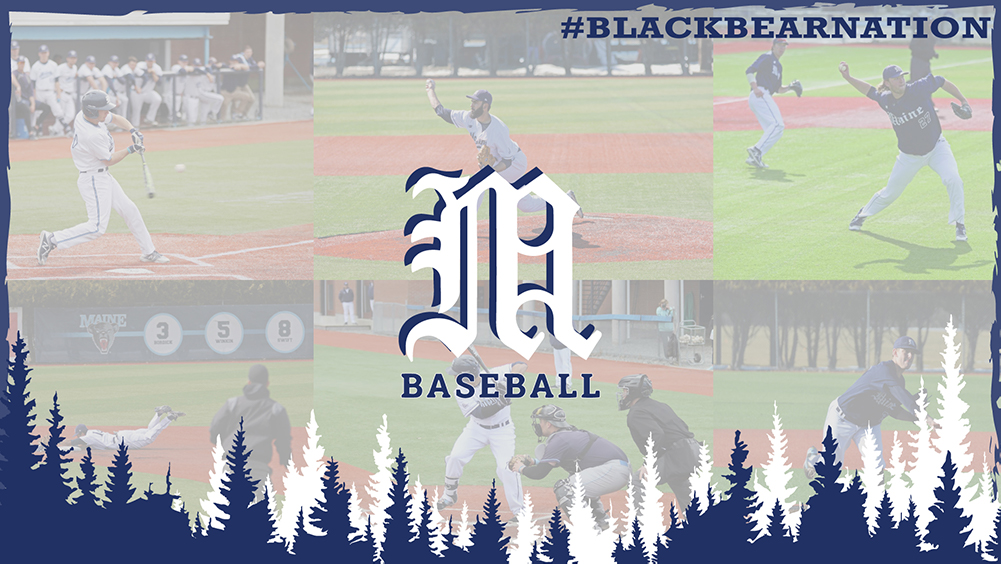 In four games against the New Jersey Institute of Technology, the University of Maine baseball team’s offense had their best showing of the year thus far. In the series, the Black Bears outscored NJIT by an outstanding 41-15 clip.

On April 9, the first game of the doubleheader saw third-year pitcher Nick Sinacola take the mound for the Black Bears. Sinacola was one of 45 players in the nation selected for the midseason Golden Spikes award list over the past week. This award is given to the top amateur player in the country. Sinacola has an outstanding 1.42 ERA and has struck out 64 batters in 31.2 innings pitched. He has reached double digit strikeouts in all five of his starts. Sinacola struck out 10 batters across five innings against NJIT and picked up the win, advancing his record to 5-0 on the season.

He has proved time and time again that he is on a different level.

Maine’s offense heated up in the sixth inning with the game tied 2-2. With the bases loaded, fourth-year right fielder Sean Lawlor earned a walk, bringing in third-year centerfielder Jeff Mejia from third to put Maine up 3-2. Two singles and a sac fly extended Maine’s lead to 7-2 by the end of the inning. First-year second baseman Quinn McDaniel was able to knock in a run on a double in the seventh for good measure. The final score of the game ended 8-2.

The second game on Friday saw Maine’s offense continue to churn, but NJIT was more up to the task this time around.

Fourth-year first baseman Joe Bramanti hit a three-run home run in the first inning to give Maine a 3-0 lead. Third-year catcher Ryan Turenne went yard as well in the second inning, and an error by NJIT in the third inning saw the Black Bears take the lead to 6-0. NJIT fought back to eventually tie the game at 8-8 in the sixth inning, leading to a pivotal seventh inning.

McDaniel reached on an error and third-year left fielder Scout Knotts scored to give the Black Bears the lead again at 9-8.

NJIT responded, and a leadoff double put a runner in scoring position for them. A wild pitch from first-year pitcher Colton Carson sent the tying run to third, and the go ahead run to first.

Another wild pitch from Carson set up an advance for the runners again and tied the game. A single drove in the runner from second, and gave NJIT a 10-9 lead. Despite the high scoring, the last two innings would be scoreless and NJIT took the win with a final score of 10-9.

The first game on Saturday saw Maine’s offense continue to rake, and Maine’s fourth-year pitcher Alex McKenney threw a complete game. He only surrendered two hits against and his performance earned him the America East pitcher of the week award. McKenney got better as the game went on, shutting down the last eight batters he faced to end the game.

Maine’s offense heated up early again when Lawlor singled and drove in Mejia for the first run of the game. McDaniel would single as well, this time driving in Lawlor.

Third-year catcher Colby Emmertz drove in two runs on a single to give the Black Bears a 4-0 lead after the first. NJIT’s only run of the game came on a sac fly in the first inning. The Black Bears took the opportunity to run with this one, and the final score ended 10-1 in favor of Maine.

The Black Bears continued their form in the second game on Saturday.

NJIT kickstarted the scoring in the first on a sac fly, but the Black Bear’s’ fifth-year pitcher Matthew Pushard kept NJIT in check. He struck out seven batters across four innings. First-year pitcher Tyler Nielsen would pick up the win for Maine in relief for Pushard, striking out five batters across three innings.

The Black Bears will look to continue their scoring ways in their next series when they take on the University of Hartford on Saturday, April 17-18 for a triple-header.