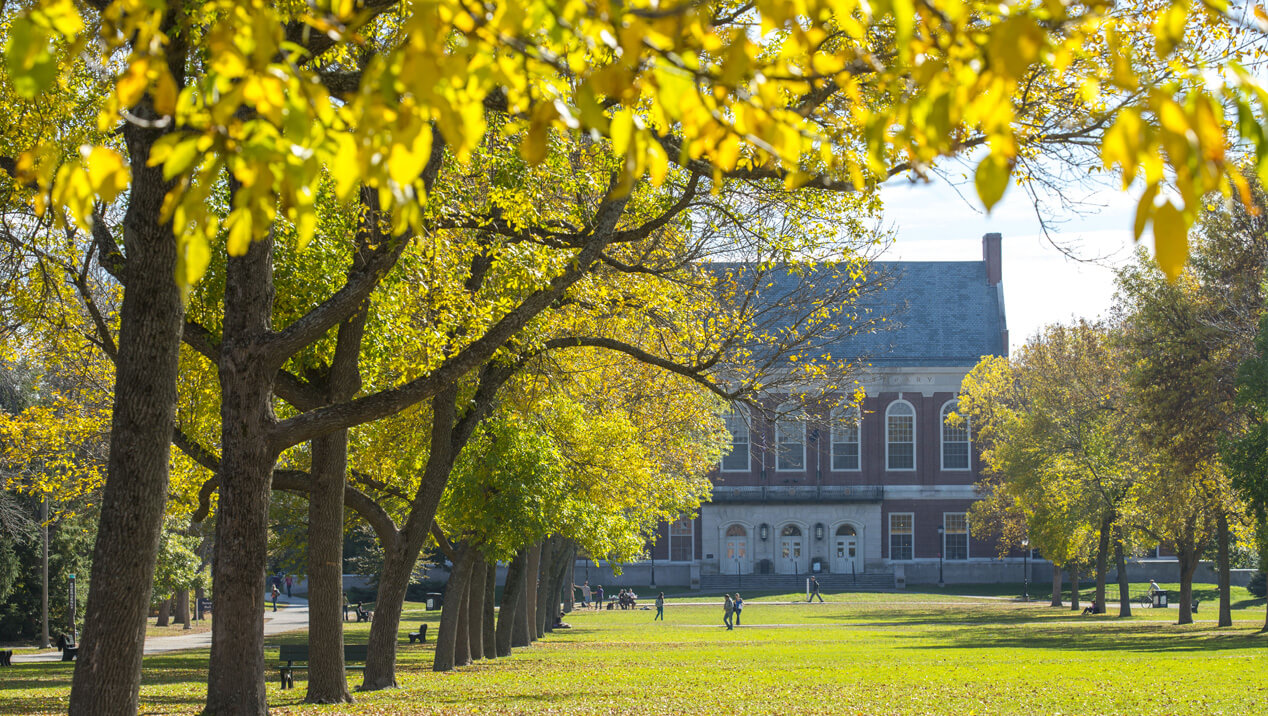 The “Hidden UMaine” tour project is overseen by Karen Sieber, MHC humanities specialist, whose work can be found as used or featured by the American Historical Association, Oral History Review and Zinn Education Project among others. Some of her notable works such as “Visualizing the Red Summer” and “The Well Read President” demonstrate the technical and historical literacy embarked upon for the “Hidden UMaine” project and are currently being used in over 300 classrooms.

As introduced by Dalton, the project originally started as a class project for the history department’s research seminar class, as taught by professor Liam Riordan with a focus on public history and efforts made on incorporating nontraditional methods such as a public digital tour.

The project began using the Storymaps program in class, and later switched to Clio because of image and interconnectivity concerns. The project finally settled in a format that allowed for multiple images and recommended sources to be added to an otherwise simple format.

“We really felt that these stories involving such long periods of history and important themes of American history deserved a little more breathing room. We also wanted this to be something public — something we could share with students and professors on campus, alumni, community members,” Sieber said.

The Clio platform is accessible both via desktop and through their app at “Hidden History Tour of the University of Maine” and is intended to be utilized across all ages, including students ages K-12 who may either be assigned a certain stop to research or to build their own story by using the UMaine “Hidden History” project as an example.

“This would be a unique way, especially during [the time of COVID-19] with social distancing, that people could take this tour in-person by themselves either at home on the computer, or in-person on campus, but outdoors, just with their phone,” Sieber said.

Currently, the “Hidden History” project features 10 stops on the UMaine campus, discussing themes of “First Female Faculty Members Leaders in Their Fields,” “A History of Black Students on Campus,” “From Depression Era Hungry Hollow to Bumstock,” “Proud and Out: Early LGBTQ Activism on Campus,” and “Native American Studies in the Dawnland” among other topics.

This project takes care to not only highlight the progressive achievements UMaine strived to obtain, but also the darker aspects of campus as its foundations were laid, particularly shown through “UMaine’s Ugly Ties to Eugenics and the KKK” stop which features former UMaine President Clarence Little.

By using the Clio platform, the project is also expandable. It plans to further develop its tour to include narrated audio tours as opposed to the current computer-generated audio tours, add stories and stops including more Civil Rights era stories at UMaine’s MLK Plaza stop, develop additional women’s rights stories along the way, and include more citations throughout.

“It’s a rabbit hole, every time we look for one new fact or detail, we find 10 new articles that add whole new layers and dimensions to the stories,” Sieber said.

“Hidden History” also has an Instagram page for viewers to follow along with project updates, special highlights and research suggestions as the project moves forward.

The McGillicuddy Humanities Center is currently looking for applicants for the spring and fall of 2022. MHC fellows are awarded $8,000 across two semesters to research a topic of their choice, as a part of furthering student interdisciplinary skills and supporting meaningful dialogue between a broad landscape of humanities platforms and resources both at UMaine and beyond.

For more information on the application process as well as general information, please visit their website or social media pages to stay up to date on current events and opportunities.