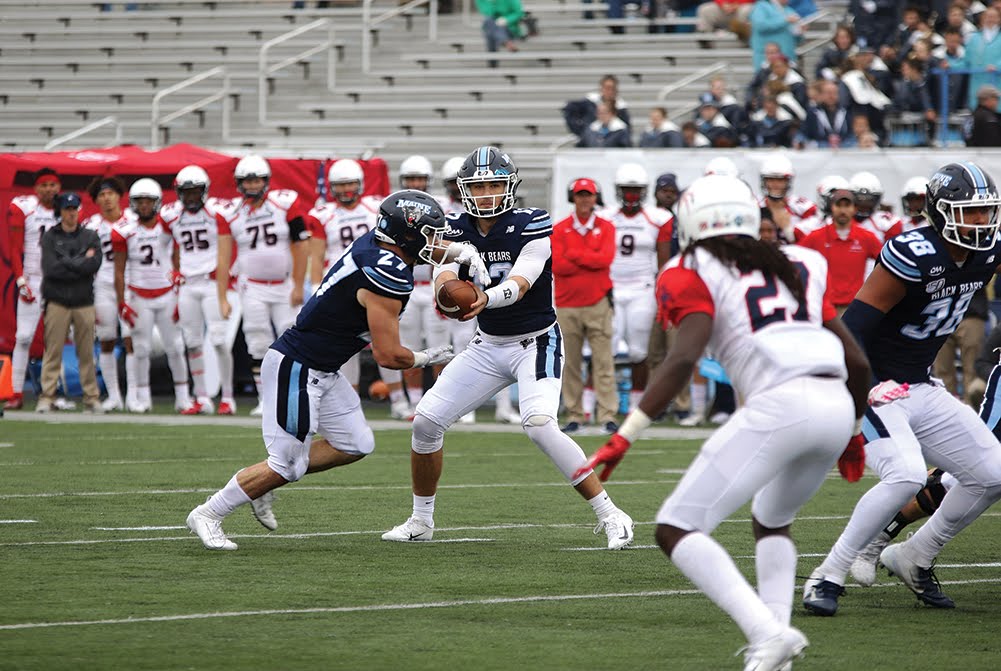 The University of Maine football team currently sits at 2-2 on the season and there is a real chance they have played their final game of the 2021 shortened season. The team recently announced that their last two scheduled games of the season against the University of New Hampshire and the University of Rhode Island have been cancelled due to COVID-19 conflicts with their opponents. The Black Bears will look for an alternative path to help them conclude their season on a positive note, but it will be difficult given the circumstances.

It is tough to evaluate any team’s season when they may only play in a total of four games. UMaine showed plenty of potential throughout the games, in which they ended up winning two and losing two. The team responded well against Albany and won after getting roughed up in the season opener. They then traveled to Stony Brook, where they were able to rack up another victory, as they won 35-19.

The Stony Brook game was filled with touchdowns. UMaine started off trailing before their offense, led by second-year quarterback Joe Fagnano, came on strong and played well for the last three quarters of play. He played his cleanest game of the season, throwing for 250 yards and four touchdowns, while also adding a rushing score. UMaine’s quarterback also did not turn the ball over. Fourth-year wide receiver Andre Miller has been a monster on the perimeter every game. He finished with eight catches for 133 yards and a pair of touchdowns.

This year’s roster can be defined by youth, but it is safe to say one of the biggest losses will be losing Miller, as the team’s premiere wideout is in his senior campaign. Not only will he be a loss to the team, but he will also be a major loss to what Fagnano will have to lock into a new No. 1 receiver. If the team has indeed played in their last game, it would be a tough way to end the season with the way things went against Villanova in their most recent contest.

Their loss to Villanova is what evened the team’s record at 2-2. This game quickly got out of hand and the final score of 44-17 makes the game seem like it was closer than it actually was. A wire-to-wire win for Villanova raised their record to 2-1. In this contest, they were able to ground and pound all afternoon and the team ended up with a total of 232 rushing yards. When the Fagnano to Miller connection is not working, it is tough for Maine to generate consistent offense. Fagnano finished with 235 passing yards, no touchdowns and one interception. Miller hauled in just two balls for 39 yards. On the bright side, redshirt junior wide receiver Zavier Scott stepped up and recorded a 100-yard game for the Black Bears. Maine hopes its up and down season will not come to an end after four games, as they attempt to schedule opponents and end on a high note heading into the fast-upcoming fall season.