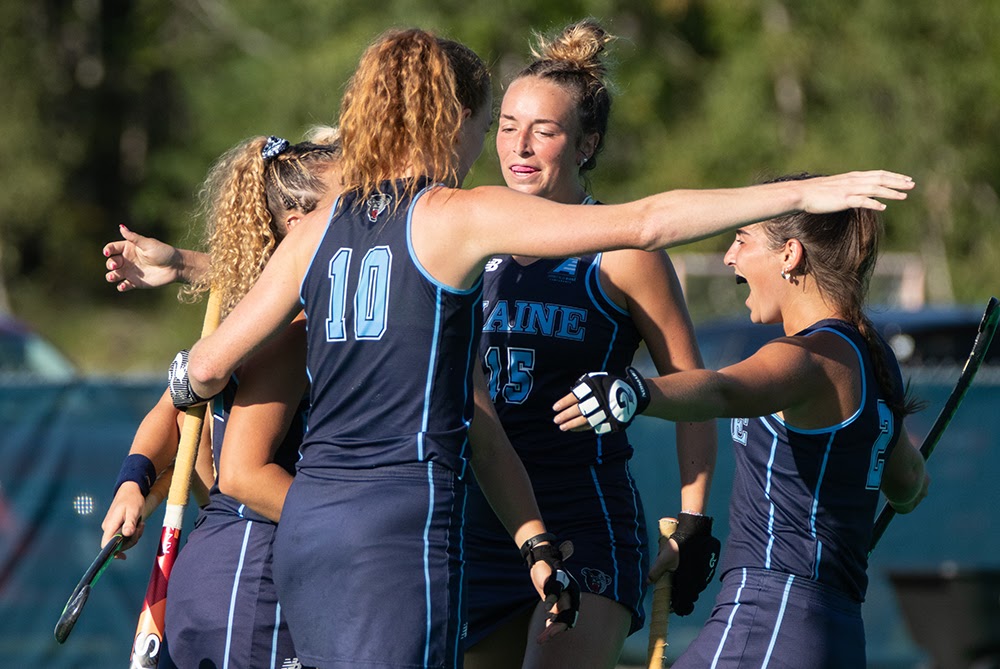 The University of Maine women’s field hockey team returned home to Orono for a tilt with the Warriors of Merrimack College on Sept. 17. The team’s last two games were against No. 23 ranked Kent State University and No. 5 ranked Northwestern University. The Black Bears lost both games with scores of 4-3 against Kent State and 5-0 against Northwestern. However, they would eventually come back to beat Merrimack 5-1.

Not one but two overtimes were needed to decide a winner. Neither team could find the net in the first overtime. Both teams tried mightily, as UMaine had six shots, and Kent State had eight shots in the first overtime. In the second overtime, UMaine was held to no shots while Kent State had two, one being the game-winning goal. UMaine had 23 shots throughout the game, 14 of them being on goal. Fourth-year goalie Mia Borley recorded nine saves in the loss to Kent State.

The second game against Northwestern was a completely different story. UMaine was held to only three shots all game, and only two were on goal. Despite the 5-0 loss, Borley recorded 16 saves a record for the most saves in a single game by a UMaine goalie.

In Friday’s match against Merrimack, four different Black Bears scored to help aid the team to victory. Fourth-year forward Chloe Walton got the scoring started on an assist from third-year forward Madisyn Hartley. Fifth-year forward Hana Davis scored the second goal of the period unassisted. Just as the team was about to lead with two goals going into the second period, Merrimack found the back of the net to make it a 2-1 game.

Hartley is the first player to notch three assists in a game since Casey Crowley did it against Holy Cross in 2018. Walton made a statement with two goals and one assist in Friday’s victory. Borley stood tall in net, only conceding one goal on three shots. Third-year goalie Mallory Drayer came in for relief of Borley with six minutes left in the game and recorded two saves.

UMaine’s next three games will all be in Orono. They will take on Northeastern University later this weekend. Next weekend, Monmouth University and Stanford will be in town to take on the Black Bears.