Beyond the Billionaires: the next space race is one for our planet

Home /Opinion/Editorials/Beyond the Billionaires: the next space race is one for our planet 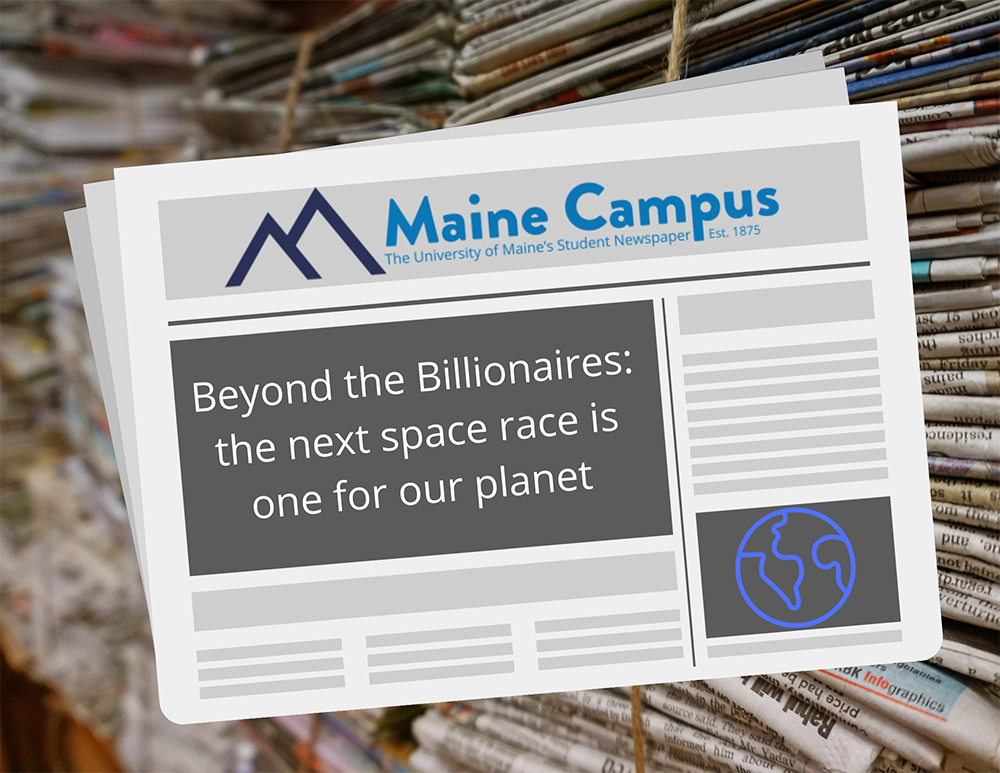 In the time of a global pandemic, energy crisis and supply shortages, the idea of allocating money toward leaving Earth to continue space exploration and research seems appalling to many. At first glance, it would make far more sense to redirect those funds toward solving these crises, which could theoretically provide more money for vaccine production or alternative energy sources to keep the lights on as oil and natural gas supplies are throttled. Although it seems counterintuitive, current circumstances are providing more fertile ground for harvesting knowledge from space research and technology. The objective isn’t necessarily finding ways to leave Earth, and instead the benefits of these research projects can directly uplift our everyday lives in ways most take for granted.

These benefits don’t necessarily unfold overnight. In fact, it often takes decades for these scientific feats to tangibly affect most people. Sputnik, the first artificial satellite, was launched into space 64 years ago. Within the six decades since, technologies emerged from this launch like GPS navigation and cell phones, marking just a handful of the most groundbreaking technological advancements in human history. Nearly every college student carries a small powerhouse of technology in their pocket. With cell phones, we are able to call our friends and family anywhere else on the planet, which has become our lifeblood for communication during an unprecedented pandemic. Navigation apps for smartphones, which are often free or cost only pennies, allow us to instantaneously cue up directions to get anywhere in the country.

Many technological advancements from aerospace research have significant potential to provide solutions for current environmental challenges as well. In 2005, NASA developed a new type of solar cell that would go on to become widely used as a source of solar power—outperforming conventional solar cells in durability and power. These new solar cells weren’t developed specifically with the intent of being an alternative energy source for everyday use. Rather, they were created to be a lightweight power source for an unmanned craft that would fly at high altitudes for several days. The new technology proved so successful that these types of solar cells are now widely available and at a low cost, a technology to help transition to non-petroleum based fuels.

Another breakthrough tech developed by NASA, microencapsulation, has found use in a beeswax-based product used to clean up oil spills and other sources of pollution in water. The beeswax forms thousands of tiny ‘capsules’ with hollow centers, which are then deposited into the polluted area. Water can’t get through the beeswax exterior, but since beeswax is actually made of the same basic chemicals as crude oil and petroleum products these pollutants are absorbed into the beeswax spheres. Once the beeswax fully absorbs the polluting oils, it acts as a natural food source for local bacteria and other organisms in the water that then help biodegrade the oils and keep the water clarified. This technology is widely used for cleaning oil spills, groundwater tables and small bodies of water.

Although these are only a handful of examples of current technologies developed from aerospace research, future knowledge garnered from upcoming projects may yield even more revolutionary ideas. It’s entirely possible that experimenting with humans living long-term elsewhere, such as the ISS, the moon or even Mars could foster technological advancements that help us improve our quality of life here on Earth. In an era of unprecedented humanitarian crises, our planet needs all the innovation it can get—even if said innovations are born elsewhere in the solar system.