Everything you need to know about the CMP Corridor

Home /News, Politics, Uncategorized/Everything you need to know about the CMP Corridor 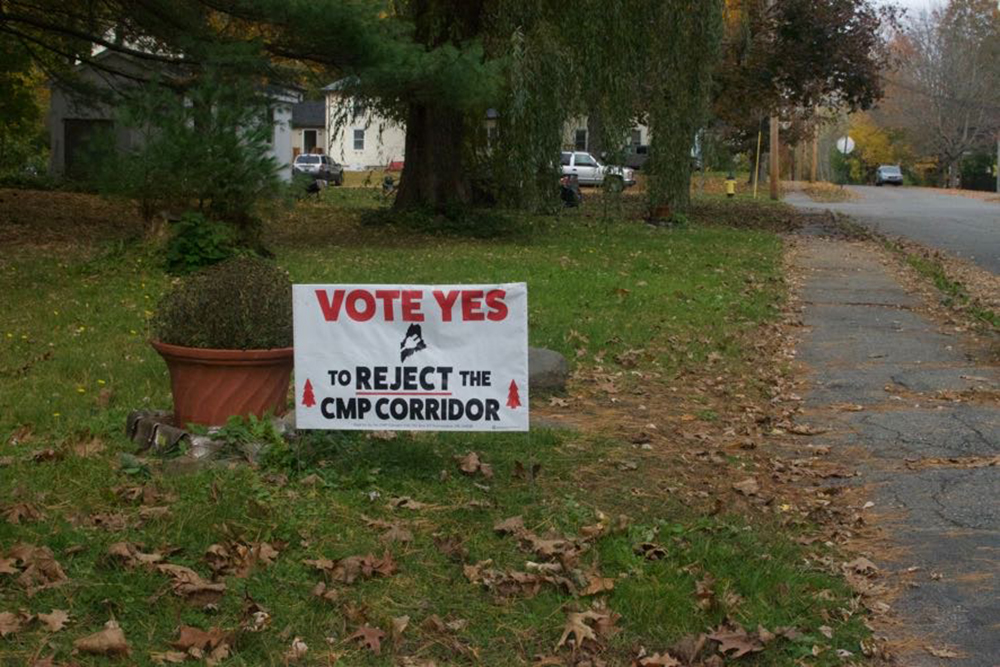 Nov. 2 is voting day in Maine. The first question on the ballot regarding the Central Maine Power Corridor has been at the forefront of a long and heated debate in the months leading up to voting season. Many Maine residents have recently noticed an increase in campaign ads surrounding the issue.

The CMP Corridor refers to a 145 mile stretch of land, which reaches across central and northern Maine. CMP is planning on using the territory for the placement of new electric transmission lines. This construction aims to transmit Canadian hydropower through the state, as CMP won a bid to construct the corridor as a means of providing the New England region with renewable energy. The construction, which is currently already underway on a 53 mile stretch of undeveloped Maine forest, may be stopped with a majority “yes” vote on question one or continue with a majority “no” vote.

Question one reads as follows: “Do you want to ban the construction of high-impact electric transmission lines in the Upper Kennebec Region and to require the Legislature to approve all other such projects anywhere in Maine, both retroactively to 2020, and to require the Legislature, retroactively to 2014, to approve by a two-thirds vote such projects using public land?”

The construction of the corridor has been a cause of division within the State of Maine. The CMP Corridor would draw upon Canadian hydropower, a stable source of renewable energy produced by dams, and channel it into U.S. power grids. The origin of this agreement between Canadian hydropower companies and the U.S. stems from a 2016 bill passed in Massachusetts aimed at shifting the region over to more renewable sources of energy. In the years following this bill, CMP won a $950 billion bid with Massachusetts utility companies to provide access to hydropower as a part of the New England Clean Energy Connect Program in partnership with Hydro-Quebec.

The project was intended to create around 1,600 jobs in the central Maine region, and reduce overall greenhouse gas emissions in the state. Clean Energy Matters boasts these facts on their web page about the corridor, stating that, in addition to creating these jobs, the project will help to preserve existing jobs in Maine’s North Woods. Statistically, only .05% of the forest will be affected by the construction, as two-thirds of the corridor is running through or alongside pre-existing transmission lines, and the other third of the corridor will be constructed through areas in which heavy logging has already taken place.

While the push to rely upon more sustainable and renewable energy is rooted in a concern for the long term effects of climate change and energy usage, the effects on Maine wildlife and ecosystems have become a subject of concern. Some environmental groups even assert that the corridor is not a matter of bettering the climate.

“The proposed project is not about climate,” the Natural Resources Council of Maine wrote in a brief. “It’s a shell game to sell existing hydropower to Massachusetts because they’ve agreed to pay more for it.”

Other issues surrounding the corridor’s construction involve the direct impact on the environment of the North Maine Woods. A major section of the corridor will be constructed through a crucial brook trout habitat, as well as wintering deer herds and other species. In the current plans for construction, CMP is allowed to clear cut up to 300 feet around the area of the line, and continually spray the area with herbicide and other harmful chemicals which will impact the regrowth of the area. The construction will also contribute to issues like forest fragmentation.

The economic effects are also under fire, as critics of the corridor’s construction assert that it will have negative impacts on the fisheries and tourism industry, and create a reliance upon foreign power which will have no benefits for the state.

Before casting a vote on question one this upcoming election season be sure to look into the benefits and detractions of the CMP corridor’s construction so your vote will be well informed.

Horoscopes 10.25 to 10.31
Fit check: Fast fashion and overconsumption in college