The dirty truth about clean living 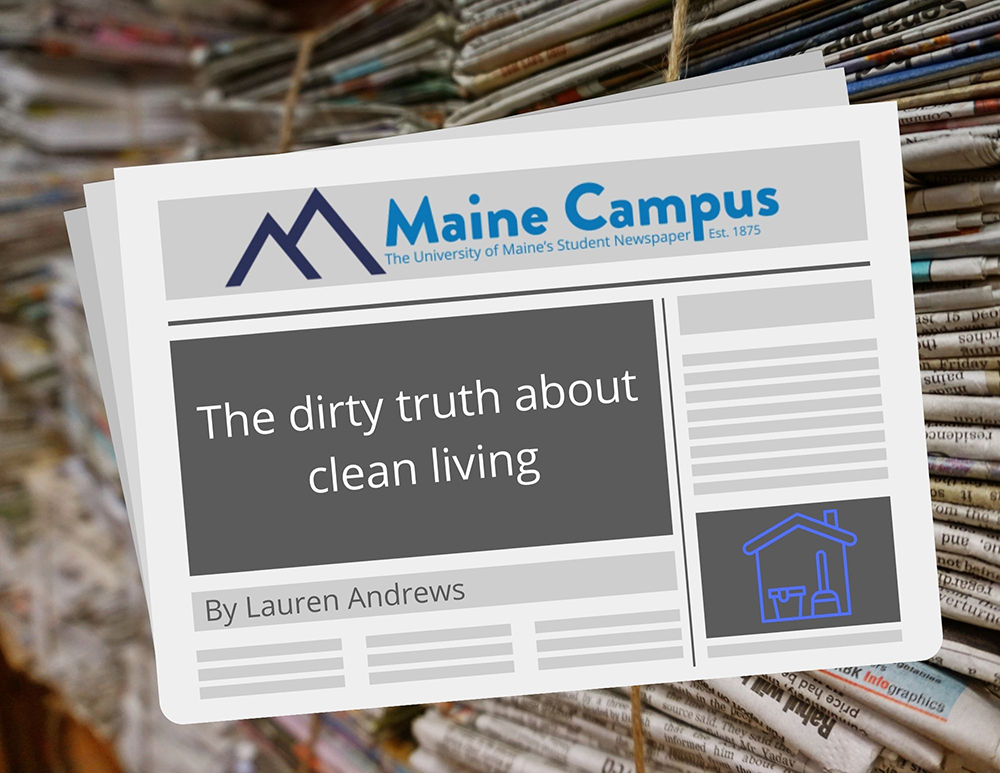 In recent years, you may have seen terms such as “clean,” “green” and “nothing bad inside” proudly brandished across labels in every aisle, from makeup to shower products, to dish soap and sunscreen. But what do these words even mean?

Buying specific products based on the moral compass of environmental consciousness is nothing new, and this mindset has been skyrocketing as consumers work toward reducing their participation in ecologically harmful activities.

In the fight toward conscientious consumerism, new revelations have brought more questions that are left unanswered to the average consumer. Since the late 20th century, numerous scientific papers have been published examining the biological effects of potentially harmful chemicals, leading to the restriction or outright ban of many. A famous example is asbestos, a fibrous crystal which causes asbestosis, lung cancer and mesothelioma from long-term exposure.

While many chemicals, such as asbestos, are definitively known to be harmful to humans, many other chemicals are swimming in uncertainty about their true safety. Scientific publications are notoriously difficult reads, written in a complex language that is indecipherable to the average consumer. They’re not as accessible and widespread as the labels and marketing provided by companies. It’s not surprising that many consumers are not aware of the scientific literature surrounding products.

These concerns aren’t limited to everyday consumers, either. Hawaii recently banned the sale of sunscreens containing oxybenzone and octinoxate, citing concerns from scientific publications that detailed the harmful effects of these chemicals on marine life, notably coral bleaching. With one of the richest marine ecosystems on the planet, Hawaii works tirelessly to preserve its vitality. Doing so means adopting a better safe than sorry mindset — a highly protective approach. However, that allows for bans that might not have strong scientific evidence, like the recent sunscreen ban, to still impact the legal system.

Scientific publications about oxybenzone safety frequently end on a teetering conclusion, in which they say lab settings may show a correlation, but more research is needed. These lab settings often don’t reflect real life exposure or usage, but for both consumers and companies in the ‘clean’ movement, that ‘maybe’ translates to a strong definitive answer.

This article from Reef Repair (which coincidentally sells its own “reef safe” branded sunscreen) uses frightening words and imagery to paint oxybenzone as “dangerous” and that humans should avoid exposure at all costs. They link numerous studies and journal publications, which appears to bolster their credibility, but reading through these links reveals gross misinterpretations of the actual data.

For example, they state that oxybenzone is linked to ‘organ toxicity,’ implying that this is a risk you face when you have oxybenzone in your sunscreen. The associated link is a short explanation of oxybenzone from the American Chemical Society, which displays the traditional chemical hazard list for oxybenzone. Although the hazard list includes organ toxicity among other hazards, this describes completely pure, 100% lab-grade oxybenzone if you ingest it, get it in your eyes or inhale vapors in a laboratory setting. Nobody is casually eating their sunscreen, hopefully. The concentration of oxybenzone in typical sunscreens is also incredibly low compared to pure, lab-grade products.

In Reef Repair’s article, they cleverly sprinkle in ads for their own ‘reef safe’ products in between horror stories about oxybenzone. This is just one example out of dozens of companies that weaponize misinterpretation and misinformation to sell their alternative products as better, cleaner, and greener because they don’t use those “bad chemicals.”

These kinds of buzzword terms aren’t rooted in any scientific or chemical definition, and only contribute to misinformation and fear instead of educating consumers on what’s inside their cabinets. Ultimately it’s up to companies to provide better ingredient transparency, including explaining what the chemicals in their products actually do in order to help others be less afraid of chemicals they don’t recognize or can’t pronounce.