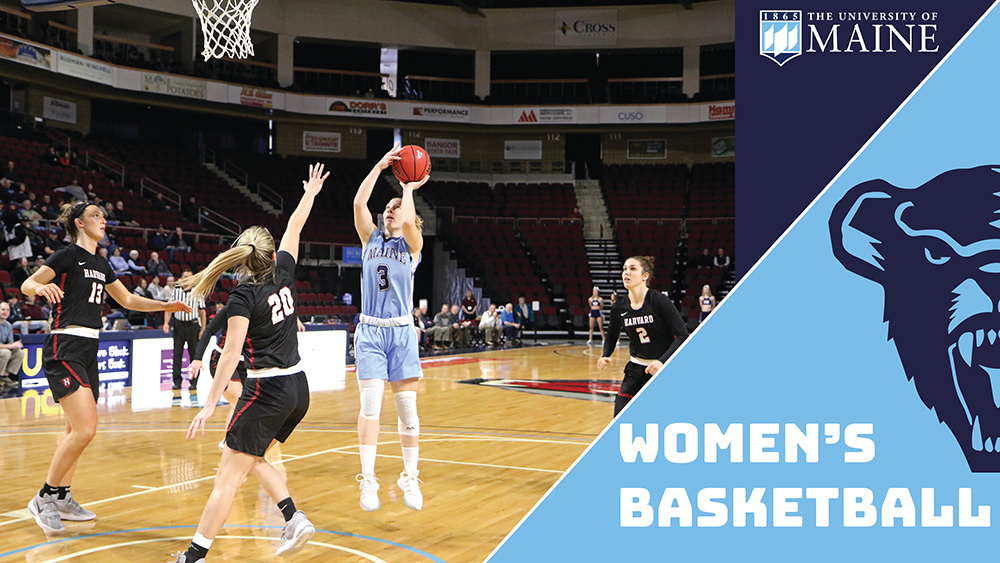 In last year’s shortened season, the women’s basketball team had a very successful season. They went 17-3 and finished in first place in their conference for the regular season, but fell short in the conference tournament, losing in the finals to Stony Brook.

This season marks head coach Amy Vachon’s fifth season with the women’s program. Her record as head coach stands at 77-39. She was named the America East Coach of the Year in both the 2017-18 and 2018-19 seasons.

Vachon is a former UMaine women’s basketball player herself, and she was an assistant coach for the school from 2011 to 2017 before becoming the interim head coach in the 2017-2018 season after head coach Richard Barron took a leave of absence due to an illness. After that season, she was promoted to full time head coach after Barron became the men’s head coach.

Along with the seniors the team lost, one of UMaine’s best players in Dor Saar transferred to Middle Tennessee for her final season in college basketball. Losing her production hurts, as during her three years at UMaine she was named to the America East All-Conference First Team in 2021, America East All-Conference Second Team in 2020 and the All-Rookie team in 2019.

UMaine is returning with their second leading scorer last year in third-year guard Anne Simon. Last year she was named to the America East All-Conference First Team and won America East Player of the Week Honors on Feb. 23 after averaging 12.5 points, 5.2 rebounds and 2.3 assists while shooting 45.4-percent from the floor, 32.9-percent from three-point range and 73.6-percent from the free throw line while starting 19 of 20 games. She’s coming into this season as one of the team’s best players and she should be in for a very good season.

UMaine also returns with their third leading scorer in fifth-year Maeve Carroll. In her previous season she was named to the America East Second Team after starting in 13 of 15 games while averaging 10.7 points, 6.1 rebounds and 3.2 assists while also maintaining a 47.1% shooting percentage from the field. She should be in for a big year this upcoming season as the clear second best option offensively for the team.

The rest of the team we really haven’t seen play that much, since it’s a pretty young squad. A lot of the role players from last season are gone so we’ll see how the younger players do with more playing time.

Some new players to watch this year are Paula Gallego, a first-year guard who was very successful in Barcelona playing on teams against players who were two years older than her. Penelope Mathieau-Castillo is a first-year forward from Montreal, who was a two-time captain during her high school career and the MVP of her team in 2018-2019. Bailey Wilborn is a guard who is also a first-year. She is from Wichita, Kansas and was her league’s MVP in 2021.

The first game of the season for the Black Bears is an away game on Nov. 9 against the University of Nebraska. With this team being as inexperienced as they are, expect big seasons from Simon and Carroll, and we’ll see how the young players perform this upcoming year.