Women have had a place in war for a lot longer than people might think. In a recent lecture on Nov. 8, titled “Feminist Media History: Women Journalists at War,” Dr. Jeannine Baker and Dr. Carolyn Edy discussed the existence of women war correspondents in World War I and II in Australia, the United Kingdom and United States.

Starting off, Dr. Baker explained that when she began her research, the results showed that there weren’t women war correspondents in Australia. “I’m cautious of absolutes,” Baker said of this result. Because of this, her research took shape by attempting to answer two questions: how many female war correspondents were really there and why would they not be considered legitimate?

In her research, Baker discovered that there were 27 women war correspondents in World War II that fall into three categories: accreditation by military forces, acknowledgment from military forces, but with no accreditation and self acknowledgement as a war correspondent, but not from the military. “War reporter” is a preferred term that Baker uses to refer to these women, because the work of the non-official correspondents were just as important as the others.

Baker found that the women war reporters were kept away from the battlefield, due to the personal beliefs of military officials in the area, and were forced to focus more closely on what was referred to as the “human side” of the war. The biggest discrimination they faced was that they were considered inherently inferior to their male correspondents. Because of these beliefs, the military policy of the time actually split them into two separate categories.

One of the biggest problems that Baker faced with this research was the lack of archival information on women’s actions as war correspondents. She discussed how when searching for historical context, especially coming from a feminist lens, it’s important to dig deep into various archives as well as other sources, like letters, diaries or oral histories. This methodology was what drove her research forward.

Edy stressed the importance of questioning your sources, since she found that much of her information was biased. She brought up the distinction between differences being present and differences being used to disempower, which is a common effect forced upon women, especially at the time period. Similar to Baker, Edy used the archives and secondary sources to find the holes in the stories. She often found that the holes would be able to tell the whole story more thoroughly than the original text. 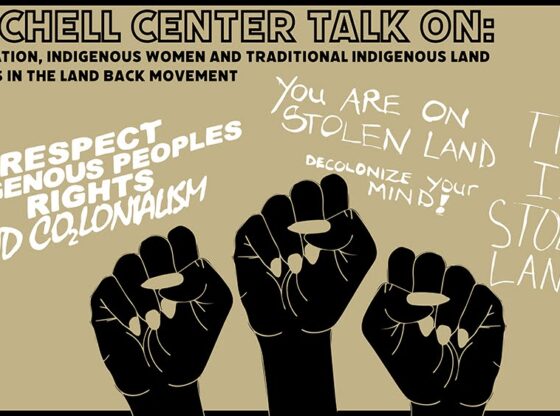 Mainers vote in favor of…