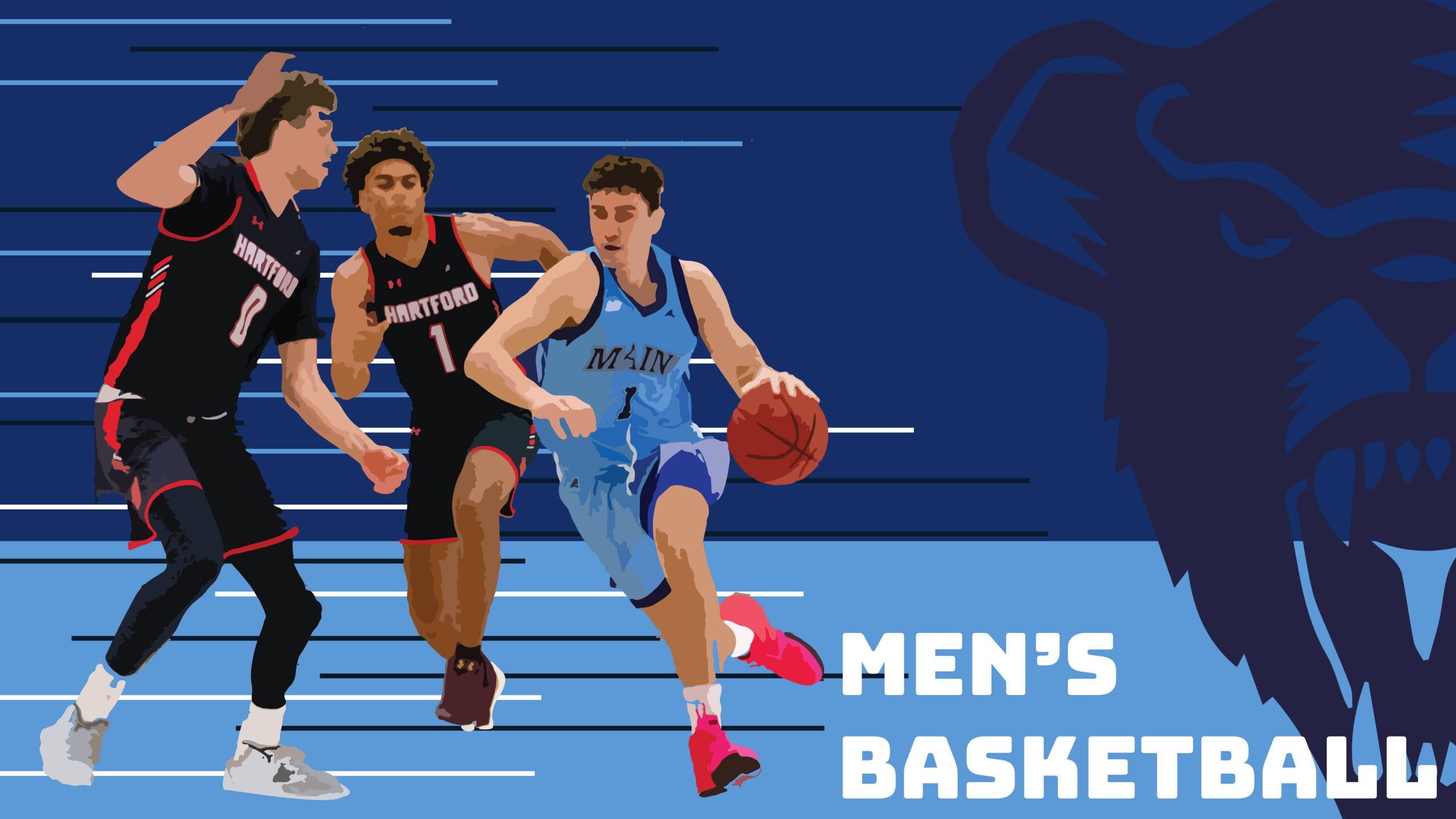 Over the past week, the University of Maine men’s basketball program took on Virginia Tech and UMaine Farmington to kick off the 2021-22 regular season. Coming out of the 2020-21 season where the Black Bears ended the year with a 2-7 record, head coach Richard Barron and the players are looking to rewrite the script as the games continue to stack up.

Travelling to Cassell Coliseum in Blacksburg, Virginia for the opening game of the 2021-22 season, the Black Bears were hoping to make a statement this year. Virginia Tech had other plans though, as the Hokies jumped out to a 12-2 lead only four minutes into the contest, culminating in an emphatic fastbreak alley-oop slam for Virginia Tech.

Virginia Tech fifth-year guard Storm Murphy scored all of his points in the contest in the first half. He managed to close out the half with an unbelievable three-point heave that clanked off of the backboard and through the twine below to give the Hokies a 46-22 lead.

Fourth-year forward Justyn Mutts drove the offense for Virginia Tech with 15 points, 7 rebounds and 6 assists as the onslaught continued against the Black Bears in the second half. First-year UMaine forward Kristians Feierbergs gave what seemed to be the best performance for UMaine on the night, putting up 9 points, 4 rebounds and 2 assists while also playing the third-most minutes out of any player on the floor.

With Virginia Tech being a frequent competitor for the ACC in the March Madness tournament, UMaine’s defeat is understandable but still a painful one to stomach, with a final score of 87-42. With another game later in the week against UMaine Farmington at home, the Black Bears rallied back to the Greater Bangor Area ready to right their record.

Very early on in the contest, the Black Bears were clearly playing with added aggression, taking and holding the lead from the beginning of the game. Former Black Bear, fourth-year guard Terion Moss attempted to finish around the double-double machine that is Steph Ingo before the Black Bears’ captain forcefully swatted away the lay-in with both hands about halfway through the first 20 minutes, showcasing the intensity UMaine was playing with.

Ingo’s athleticism was put on display just a few minutes later when he was able to connect and throw down a mean alley-oop jam to extend the Black Bears’ lead even further. Farmington continued to battle back and make the game interesting, but continued resilience from the Black Bears was instrumental in preserving the advantage the team had worked for.

Second-year guard Vukasin Masic was able to put together a solid performance as well with 8 points on 50 percent three-point shooting, while second-year guard Adefolarin “Fofo” Adetogun chipped in 11 points of his own. Before the game concluded though, Ingo decided to add one last bit of flair when he rose above the head of a Farmington defender, finishing an acrobatic alley-oop dunk by swinging his legs completely over the head of his opponent to the delight of the home bench.

The Black Bears left the Cross Arena that night with a 71-52 win. Third-year guard Ja’Shonté Wright-Mcleish and first-year guard Sam Ihekwoaba grabbed three steals each. The entire Black Bears squad finished the game with 16 total steals, a testament to their tenacity.

Ingo put up yet another double-double, bringing his stats on the night to 13 points, 11 rebounds and four blocks. Already in this short season, Ingo has proven that his skills are elite, and it’s going to be exciting to see how much more the forward develops as the year goes on.

Now sitting at 1-1, the Black Bears will look to rise above a .500 record when they travel to Boulder, Colorado to take on the University of Colorado on Monday, Nov. 15.

National Holidays: Nov. 15 through Nov. 19
Closing the gap: The disparities between men and women’s college athletics