Parquet Courts serve up hits in “Sympathy for Life” 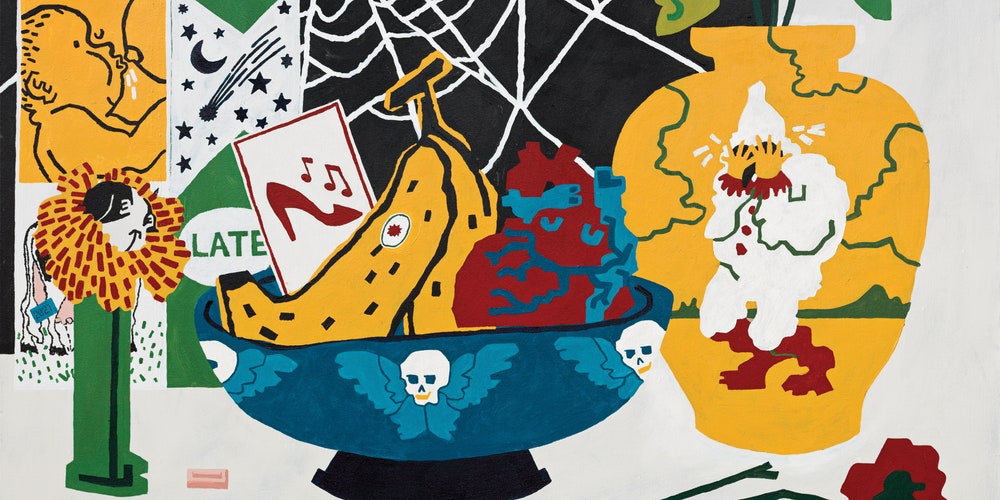 The New York City bred four-piece band Parquet Courts has a lot to say with their newest full-length album release “Sympathy for Life” that dropped late last month on Oct. 22 with a run time of 45 minutes and 10 seconds, featuring a total of 11 songs. The post-punk group had been in a bit of a lull since the release of their previous effort “Wide Awake!” released in 2018, which lifted the band out of the scene and into the mainstream.

Despite the success, Parquet Courts hasn’t released much in the past few years, aside from the singles off their latest album “Walking at a Downtown Pace,” “Black Widow Spider” and “Homo Sapiens.” Generally speaking, when an act of any repute releases more than one or two singles prior to an album’s release, and all of said singles are on the album, something sonically isn’t aligned. Oftentimes this can be chalked up to the label pushing for the heavy-hitters to be released to the public first, which can often come at the expense of the album’s overall theme. Luckily for Parquet Courts, the other eight songs sound great and are on par with the quality of the early releases.

The album kicks off with the aforementioned blisteringly fast and groovy “Walking at a Downtown Pace.” Its frenzied energy and droning guitar complement each other well, and its lyrics seem to portray a disillusionment with material culture and being alone in the COVID-19 pandemic.

Many tracks on the album sport repetitive guitar riffs, but they’ve got such a great tone and the licks are so interesting that it’s hard to tire of them. The band certainly draws heavily from the litany of New York City punk acts that have come before them, à la the Ramones, but they get a little creative on tracks like the album’s third song “Marathon of Anger.” An interesting synthesizer and really spacey guitar sounds are laid behind the co-lead vocals, provided by members Andrew Savage on guitar and Austin Brown on guitar and keyboard. The song was written about the Black Lives Matter protests that took place in 2020.

A well-penned song presents itself in the song “Just Shadows,” which in an oddly upbeat, poetic way describes the influence that technology and optimization has on our lives.

“Plant Life” lends a bit more groovy drum work to the piece, and could easily be a psych club hit due to its trancelike effect. “Zoom Out” is one of the standouts, as well as the album’s closer “Pulcinella.” Avoid “Trullo” and “Application/Apparatus,” which are just a touch out of sync with the other tracks offered.

“Sympathy for Life” does as it says, and its tracks reflect its forward, conscientious nature. The songwriting is fantastic and the Parquet Courts members have all come together to put in some of their best, and more importantly most accessible, work to the reels for this album. It’s a bit of a shame we didn’t see more PR instead of dropping a third of the album before its full release, but this could be for a litany of reasons.

The members don’t lean too heavily on any one element here, and the repetitious indie-punk licks never really tire one out. Despite a lack of solos from any instrument in particular, everything sounds really polished and well-formed, sonically speaking. “Sympathy for Life” has been well worth the long wait.