‘The French Dispatch’ fails to latch onto audiences 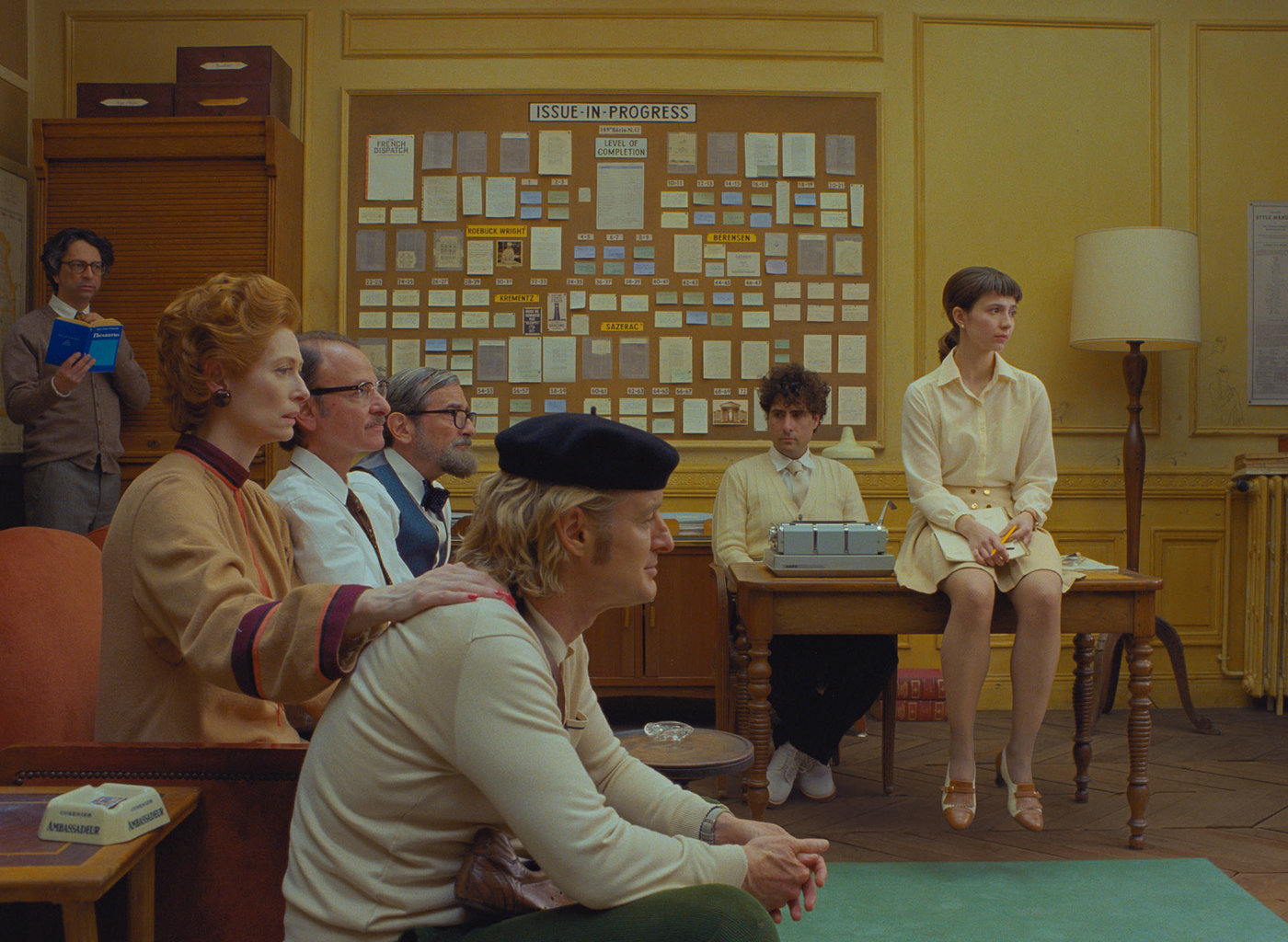 Released to audiences on Oct. 22, Wes Anderson’s latest outing “The French Dispatch” features charming and quirky performances from some of the biggest names in Hollywood.

The film, with a total run time of 1 hour and 48 minutes, is composed of four short stories, each with its own unique cast of characters. Every story is told from the point-of-view of a newspaper reporter talking about an article from their respective section of travel, art, current events or food. They present their stories to the editor of the French foreign bureau of a U.S.-based newspaper. Anderson has crafted an interesting narrative, as his all-star cast is spread evenly throughout the film playing reporters, their contacts and other secondary characters.

The first story sets the scene and features Owen Wilson as Herbsaint Sazerac giving a bicycle tour of the fictional French city, Ennui, where the bureau is based. His narrative is comical in nature, touching on what one might consider French clichés, such as an overpopulation of rats crowding the subway and cats in the streets.

The tale features some charming sets, characteristic for an Anderson movie, beset with a blue-gray palette and yellow accents. Sazerac’s article also includes some well-rehearsed choreography, as can be seen when the city’s residents rise in the morning to flood the streets with their tedium.

The next story details the meteoric rise of imprisoned artist Moses Rosenthaler, portrayed by Benicio Del Toro. His tale, which is at times both dark and amusing, is recounted by reporter J.K.L. Berensen, played by Tilda Swinton. The story is a strange one, which usually works to Anderson’s benefit, but this particular narrative fails to captivate and can feel a tad aimless.

The next chapter in the film centers around young university students as they rally for change in the streets of Ennui. Both student Zeffirelli, played by Timothée Chalamet, and reporter Lucinda Krementz, played by Frances McDormand, give solid performances, even if the content is lacking towards the end of the piece. There are some great set pieces in this story and Anderson uses them to full effect, manipulating them by removing whole walls and structures like one does with theatrical set pieces.

Anderson, who is known for his colorful sets and props, still brings his trademark eclectic style to this piece, but he experiments with black and white throughout the film to set the mood or switch narrators. It’s an interesting use of black and white and it feels different for each story.

The final article is possibly the film’s best, which centers around a dramatic kidnapping tale under the guise of a food review. Jeffery Wright plays a James Baldwin-esque reporter named Roebuck Wright, who, upon an attempt to review the police commissioner’s head chef, is swept into the bedlam surrounding the kidnapping of the commissioner’s son. The script shines here, and there are some fast-paced action scenes which eventually delve into animation—an odd, but not entirely unexpected divergence for Anderson.

Out of all the reporters, McDormand and Wright give the most compelling performances, but then again, their articles are structured around the role they play in the narrative to some degree. This presents an interesting dichotomy between the two pairs of reporters. Some are unprofessional, some inject themselves where they don’t belong and some utilize flowery prose. Ultimately, their tendencies as reporters are reflected, which is quite an achievement for Anderson to have created this level of minutiae in such brief stories.

The narratives themselves don’t neglect to entertain or further the story, but they don’t do much more than just that. The many drawbacks that present themselves with anthologies are present in this movie: a lack of depth due to short narratives and brief performances. It’s certainly one of the most well-produced and best looking anthologies put to silver screen, but it lacks an overarching theme from which it could greatly benefit.