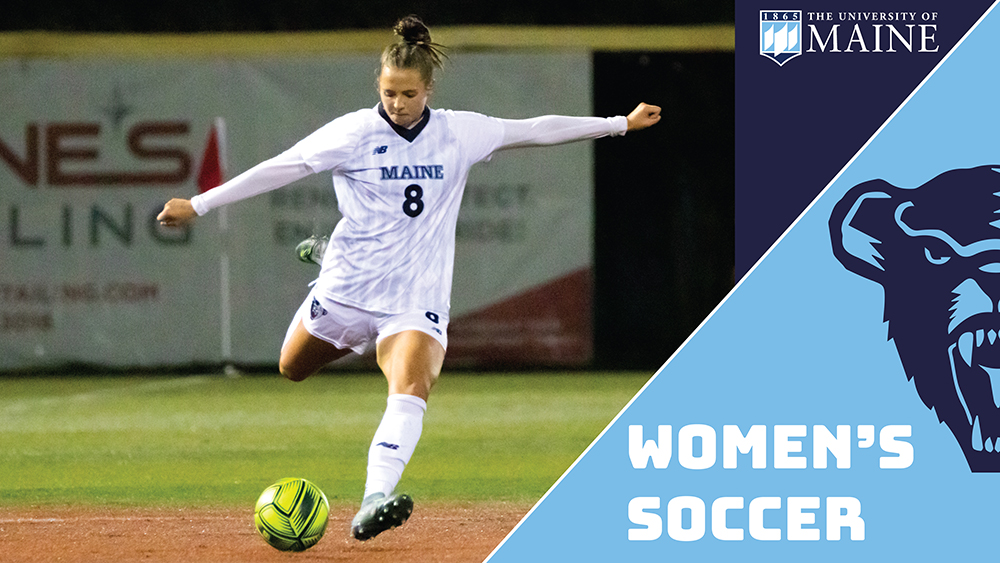 With the NCAA soccer season coming to a close, the University of Maine Black Bears have been at work finishing up their schedule across the America East Conference. The Black Bears officially ended the season with a record of 3-7-4, which is a step up from their previous season’s tally of 0-5-2. The team, led by head coach Scott Atherley, will look to fly even higher next year.

Far and away the team’s leading scorer was first-year forward Abby Kraemer. Kraemer netted five goals on 28 total shots and had one assist during the year. Following behind Kraemer was fourth-year forward Emma Donovan and second-year midfielder/forward Delaney Labonte, both scoring two goals.

Finishing up the season with two double overtime ties aided the Black Bears’ record, but an away loss to UMass Lowell to end the season was less than ideal. Fourth-year defender and captain Tiana Bucknor capped off what was a sensational season with UMaine, leading the team in minutes played and managing to find the back of the net once in the process.

The fourth-year captain’s ability to hold the defensive line and deny opponents entry throughout the season was crucial in garnering results for her side. Her free-kicks would constantly set up her teammates for easy and reliable offensive attacks. In addition to the one tally she had on the scoresheet, Bucknor charted an assist as well.

Fellow defender third-year Halle Rogers managed to play in every minute this season as well, stifling attacks with ease alongside her teammates. Rogers’ skill helped to preserve score lines throughout the year and sparked offense when able, as her vertical play up the field helped drive forward countless advances.

In the midfield, fourth-year captain Saylor Clark put forth a fantastic effort in the top half of the field, leading the team in assists with a total of two on the year. Her number is all the more impressive when you consider she only played in six matches this season, and only started in five of the team’s games. Her leadership was visible both statistically and within the flow of the game, as she spread the ball across the pitch with ease.

Backstopping the group was fourth-year goalkeeper Kira Kutzinski. The German goalie was pivotal on numerous occasions for the Black Bears during the regular season, posting a goals against average of 1.14 in 14 total appearances this season. Her stout goalkeeping was able to deny opponents with ease and outlined a pathway to a .821 save percentage.

With a heavy helping of fourth-year players leaving UMaine, it will be up to the younger players to step in and fill the boots left behind by this year’s stars.