The illusion of the blue safety light: Female safety on college campuses 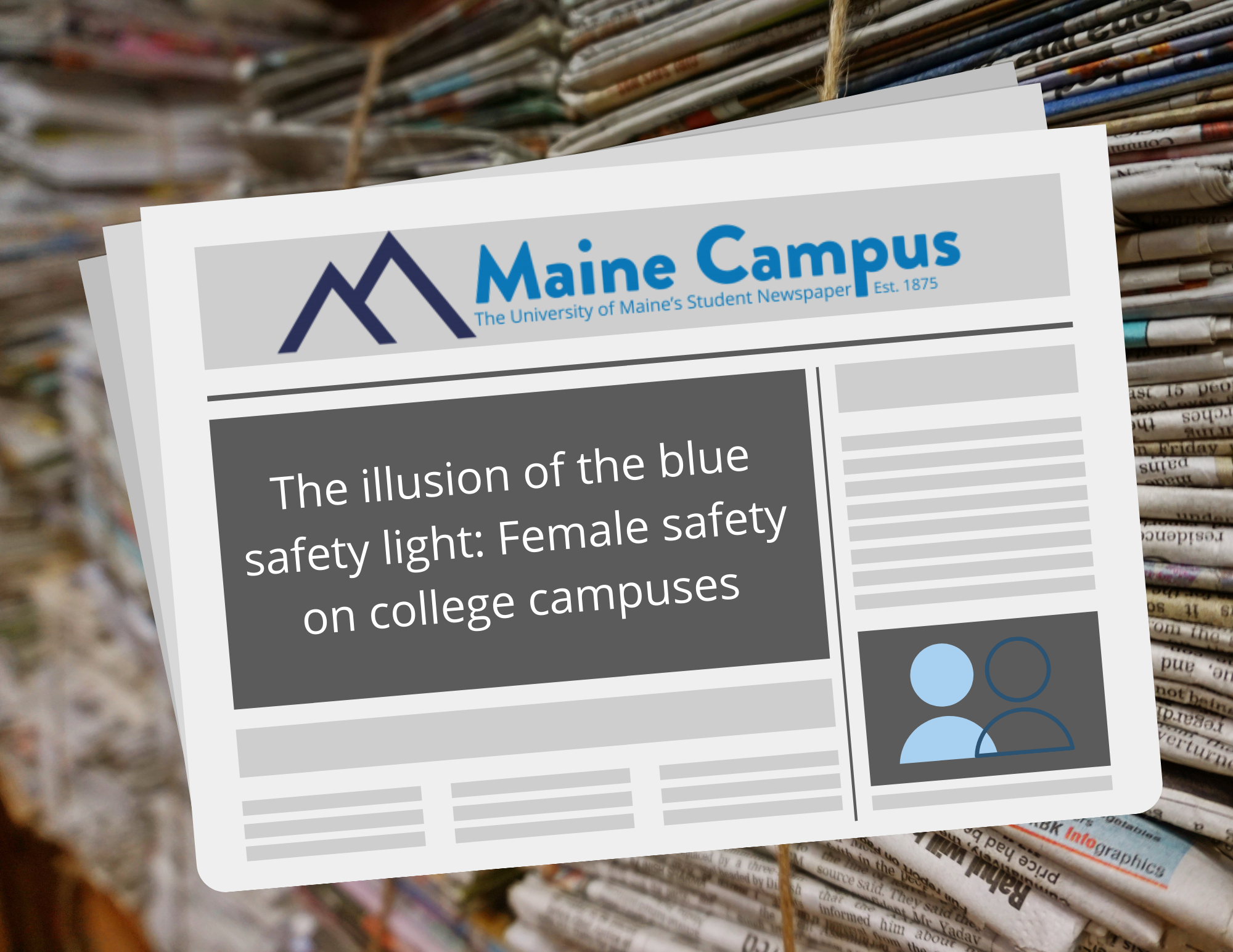 On Nov. 14, students and faculty received an emergency alert from the University of Maine. “Crime Alert: UMaine Police received a report after 10 p.m. of an assault that occurred at approximately 8:30 p.m. today, Nov. 14 in the vicinity of East Annex on campus” the alert read. “An unknown male subject grabbed a female from behind, threatened with an unknown object, pushed her to the ground and ran off. Suspect is described as 6 feet tall, wearing dark clothing and gloves.”

Another similar incident occurred earlier this semester when a woman was assaulted by a man on the University Mall in September. Police say that they received an anonymous tip in which the caller told them the man allegedly briefly choked the victim, yelled a slur at her for wearing a pride shirt and then ran off, according to Q106.5 FM.

The article then went on to state that local police remind students to always try to find someone to accompany them when going outside late at night and that they should be mindful of their surroundings and keep a safe distance between themselves and potential hiding places, according to Q106.5 FM.

This advice is not going to protect the women at UMaine’s campus. These women should feel safe while getting their education. There needs to be more security on campus, as well as more information provided regarding these incidents and what is going to be done to ensure these assaults won’t happen again.

UMaine, along with many colleges and universities across the country, have blue emergency boxes set up sporadically all around campus, which provide a phone that has a direct line to campus security. Once the call is made, the person experiencing an emergency must wait until help arrives. This system is ineffective in helping those who are experiencing a true emergency. If a woman is being attacked and can not reach the emergency phone, she is left to her own devices. Even if she is able to reach the phone, it takes time to make the call and for help to arrive, at which point she may already be in grave danger.

Many universities use the emergency light system as a response to assaults on their campuses, but it is not enough. It is a symbol of security, not an active solution.

Despite hearing stories of assault and attacks on our own campus again and again, we tend to hear very little about whether the suspect was caught or what authorities are doing to apprehend the assaulter.

This makes people afraid on campus, knowing that someone is capable of attacking someone and won’t be reprimanded.