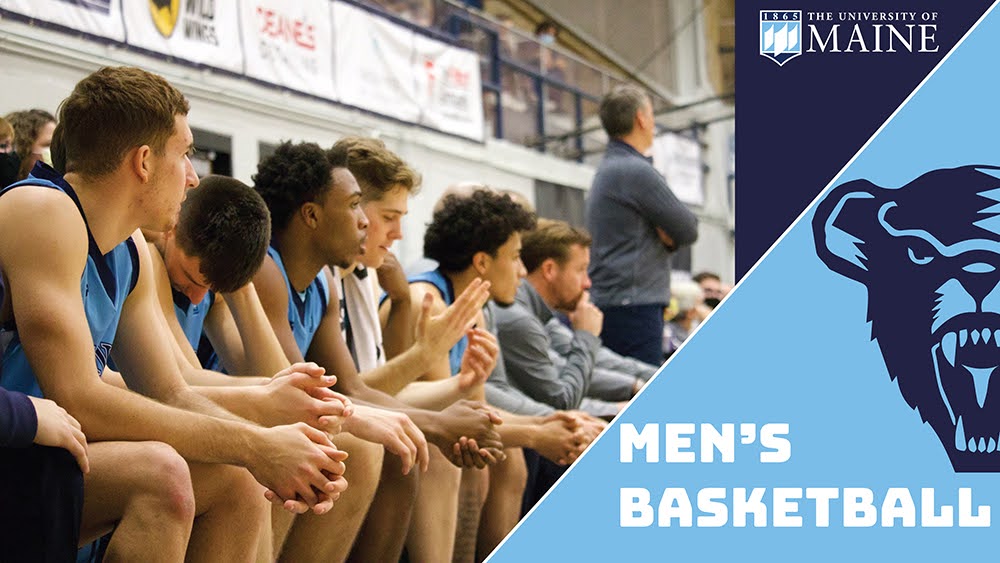 With the men’s basketball season winding down, let’s pause to look back over the year the boys in white and blue have had on the court. While the team was hampered by the absence of star fourth-year forward Stephane Ingo due to him having surgery on a wrist injury sustained earlier this season, Ingo was able to return to the starting lineup this past week in the team’s thrilling win over the University of New Hampshire.

A close battle from start to finish, Ingo’s 24 minutes on the court were crucial in the team’s success, with his leadership and presence making an immediate impact in his very first showing. Though Ingo only scored one point, he added seven rebounds and three blocks to his statline, a testament to the Ontario native’s raw and untethered athleticism. The 6-foot 9-inch forward’s return comes at a perfect time, with a critical slate of games ahead for the Black Bears as they look to rewrite this season’s story.

While the Black Bears are currently sitting last in the America East conference, sporting a 4-14 record overall and a 1-6 mark in conference play, they are tied with Hartford on wins with Hartford having played two fewer games. One of the most glaring reasons for the Black Bears’ subpar record this year can be attributed to the team’s struggles away from Bangor and Portland. They have yet to win a road game up to this point, with a 0-10 record away from home.

Outside of the production seen from Ingo, second-year Serbian point guard Vukasin Masic has paced the offense this season to the tune of nine points, three assists and four rebounds per game to go in tandem with a team-high 36% conversion rate from beyond the arc. Fellow guard, first-year Sam Ihekwoaba has been a brilliant surprise for the team this season, putting in valuable minutes off the bench and tearing it up in a three-game stint earlier this year. He has put up marks of 13, 22 and 18 points in consecutive games en route to winning his first of four America East Rookie of the Week awards, which he has won in each of the previous three weeks of game action. In addition, Ihekwoaba leads the team in field goal percentage, showing off an impressive 53% clip from the field on his own statsheet.

While Ingo leads the team in total rebounds, fifth-year big man Chris Efreteui has been tasked with controlling the paint. The Nigerian center has done just that, averaging 3.1 rebounds a game and nearly a block to go along with it. His positioning has been near-perfect and Efreteui has shown nothing but growth since transferring to UMaine from the University of Louisiana Monroe.

Another guard, third-year Ja’Shonte Wright-McLeish, has stepped into a critical starting role at this stage of the year. The added minutes have allowed for the Montreal native to explode production-wise, putting up solid, full statlines as of late. In a similar fashion, first-year Latvian forward Kristians Feierbergs has begun to find his stroke in recent weeks. Capping off his run with a 22-point performance against UMass Lowell, Feierbergs has capitalized on a great outside shot and good movement to dismantle opposing defenses this season.

Overall, the Black Bears’ season has been less than stellar; however, with the increase in minutes for some of the team’s top performers set to continue in that direction for the remainder of the year, it is reasonable to expect that coach Barron’s group will be able to turn it around and put forward a formidable final record. The Black Bears will be taking on their next opponent when they head to Albany next Wednesday, Feb. 9.

Lessening the social distance: We can’t do it alone
After a shaky start, UMaine women’s hockey looks to continue winning streak