Versant Power Astronomy Center questions the possibility of extraterrestrial life with ‘EXO: Are We Alone?’ 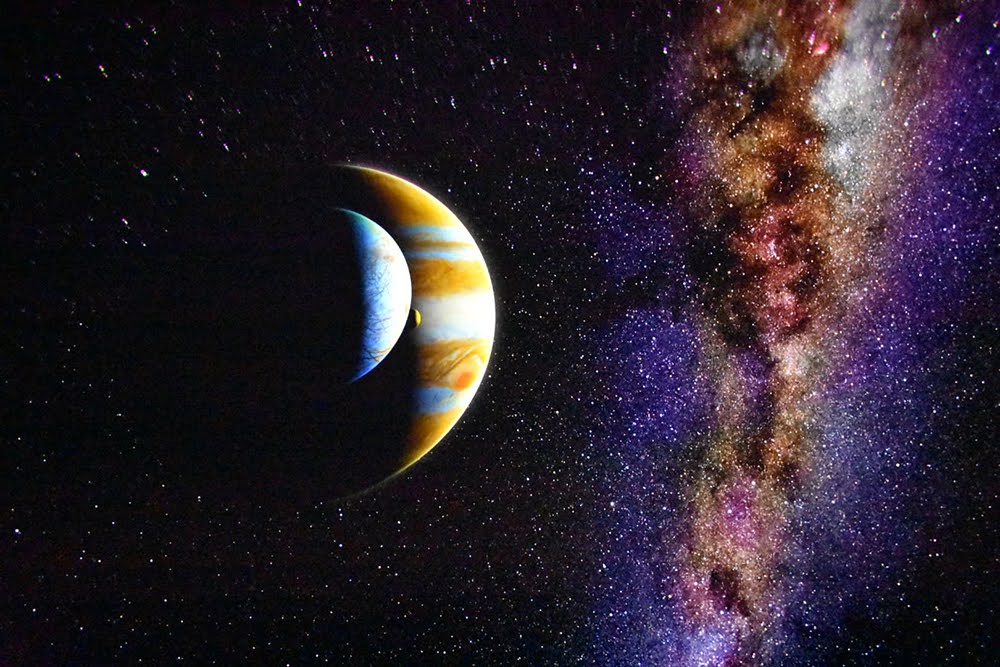 The question of whether or not life exists in this universe other than on planet Earth has been around for hundreds of years. The idea of aliens, or extraterrestrial life on other planets, allows scientists to ask: why would we, on planet Earth, be the only living organisms in the universe? Surely, there must be more out there? Maybe we just need to find the right planet.

The Versant Power Astronomy Center held a presentation on Friday night called “EXO: Are We Alone?” that addressed these topics and questions. Sitting in the planetarium and looking up at the seemingly infinite stars makes you think about just how big our universe is. Knowing you’re looking up at only one portion of the night sky gives you a sense of just how small we really are.

The Versant Power Astronomy Center has only just recently been allowed to have their planetarium filled to maximum capacity—roughly 50 people—because of the COVID-19 pandemic. These kinds of presentations happen weekly. However, this talk on exoplanets is particularly interesting.

Shawn Laastch, the director of the Versant Power Astronomy Center, is particularly excited by new possibilities.

“One of the main reasons astronomers are interested is [because] if we start to discover planets, it means that the possibilities of life out there increase dramatically,” Laatsch said.

Life on planet Earth is incredibly important, “from every amoeba to zebra,” as Laatsch put it. We currently don’t even have any evidence that would prove there is life on other planets. These exoplanets, which are planets that revolve around a star outside our solar system, are a glimmer of hope into understanding our universe, our purpose and our ecosystem.

As of Jan. 2, 2022, there are 4,905 confirmed exoplanets outside of our solar system. However, as of right now in our universe, there is only one with confirmed life: planet Earth.

“We’ve looked for life in our own solar system, and we’ve not found anything yet,” Laatsch said. “We’ve found building blocks in some cases but not actual life, and we are still looking. Some folks think we might still find it on some of the moons of Jupiter, fossilized stuff on Mars, but we haven’t discovered it yet.”

The first exoplanet was officially discovered in 1997 in the constellation Pegasus. Named 51 Pegasi b, it is estimated to be both larger and older than our Sun. It started the exploration of many other exoplanets with the hope of finding out that there are other forms of life in our universe.

“EXO: Are We Alone?” explores the ideas, theories and histories behind these exoplanets. It speaks on the impact an exoplanet would have on our society.

Scientifically speaking, a living organism must respire, reproduce, move and grow. Generally, scientists look at planets to determine if there is even a chance of life by observing liquid water content. We know that every living organism on earth consumes water. Thus, it makes sense that other living things on other planets need to consume water.

So far, the exoplanets that have been discovered have either been too close to their suns where the water is a gas instead of a liquid, or the water is completely frozen. Scientists have made these assumptions based on the temperature of the suns the exoplanets revolve around, and the distance they orbit from the sun. If they are too close and the sun is incredibly hot, their water is a gas, and so scientists can make the hypothesis that life on that exoplanet is theoretically less likely.

However, we don’t even know if life exists the same way on other planets as it does on planet Earth. We could be an exception, or our ecosystem works specifically the way it does because we are Earth. Other potential planets could function completely differently from our ecosystem. The truth is, we really don’t know. It can take years for pyrometric and radiometric data from space telescopes to come back to Earth to be studied.

Despite the long wait time, there is a sense of excitement brewing in the astronomy community. The James Webb Space Telescope, which was launched on Christmas Day in 2021, is approaching its final position. This telescope will provide us with more detailed infrared images than any previous telescope. It will also provide images of 19 galaxies and hopefully give us a more detailed understanding and look at the stellar cycle. More importantly, even more excitingly for Laatsch, this telescope will provide some information regarding life and water on these exoplanets.

At the end of the presentation, Laatsch gave the audience a bit of hope and a bit more food for thought about the impact of discovering other life. Laatsch asked the audience to think about the many different possibilities. What if we don’t find more life out there? What would that mean for our history? Are we actually just incredibly lucky to be alive, because we had the goldilocks conditions for life to begin? What if we were, quite simply, a mistake? A fluke?

Laatsch hopes that this new data and the understanding of life will impact our world in a positive way. He hopes that our luck that we exist will allow humans to have a change of heart about how they interact with Earth. He hopes we will be kinder to one another because of our sheer luck, and that it will help emphasize just how important every single living thing is.

It is most certainly food for thought.

The “EXO: Are We Alone?” presentation is no longer showing at the Versant Power Astronomy Center, but there are new shows in the planetarium in February and March, which include “Stargazers of Africa” in February and “Unveiling the Invisible Universe” in March. They show every Friday for the entire month.

Additionally, on every Sunday, the astronomy center holds a music show, and the month of February highlights the music of Fleetwood Mac. For more information, visit www.astro.umaine.edu.