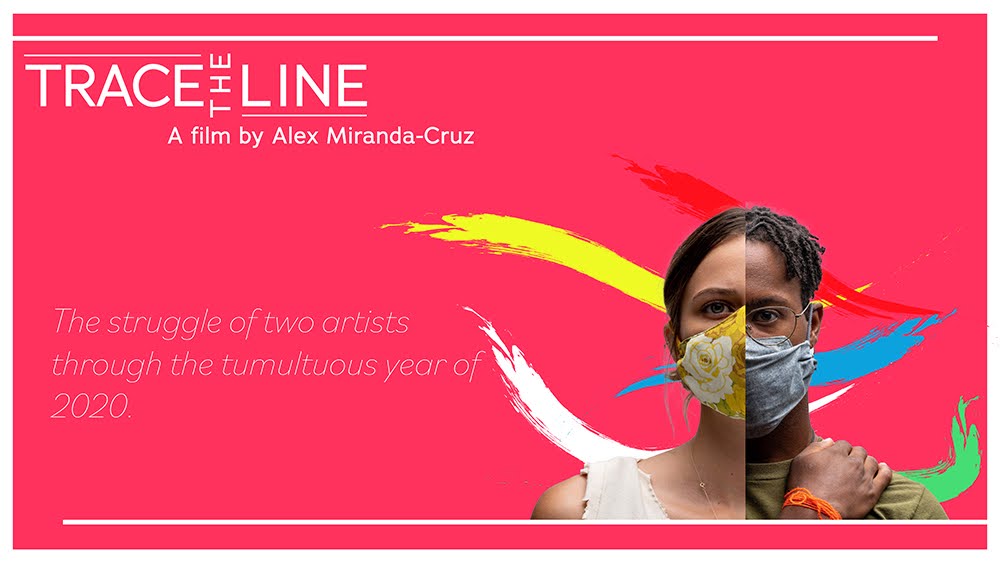 In honor of Black History Month, on Feb. 16 the Maine Business School (MBS) at the University of Maine hosted a virtual screening of the documentary “Trace the Line.” The new Diversity, Equity, and Inclusion committee for MBS wanted to showcase a film that could bring faculty, staff and students together easily and was relevant to Black History Month.

The documentary film was produced by Bravebird, an Indigenous and female-owned company. Their purpose is to create “authentic narratives” that will always depict characters with dignity. They pride themselves on being the eyes and ears to help bring everyday issues into light through the medium of film production.

“Trace the Line” is set in 2020 during the first couple months of the pandemic. It follows two young artists struggling with isolation — something we are all too familiar with — and their art. One character is Black and the other is white and the film revolves around how they interact with the Black Lives Matter (BLM) movement and the protests around the unlawful killings of unarmed Black people by the police.

There is a stark contrast between the two characters and their art. The Black poet, Asa, struggles with his passion for writing. He tries to take inspiration from the social justice movement and how he can make an impact. On the opposite side of the spectrum, Eva, a white woman who loves printmaking but is forced to go back to her artistic roots and begin drawing again with all of the school closures. She avoids talking about the BLM movement in the beginning because it makes her uncomfortable.

At the beginning of the movie, there are hints of a conflict between the two characters’ thoughts while walking home. Both begin by thinking of the pandemic and the impacts of COVID-19, but quickly realize how different their perspectives are once they talk about collaborating together. Eva is uncomfortable with how angry Asa is, and doesn’t want that on her page. Asa points out her privilege to not have to fight for her life and her safety against the people who are sworn to protect us. In the end, they confront their problems alone. Eva tackles her privilege and Asa finds his purpose and calling in the movement. It is a tale of finding oneself in these tumultuous times.

What adds even more depth is that the cinematographers and directors continued to film throughout the pandemic. Everything you see when you’re watching is in reaction to actual events unfolding while filming. It adds honesty to the film to see what we can assume are genuine reactions to the George Floyd murder, the protests across the country and the Kyle Rittenhouse case.

“We felt it was an important movie to share with students because we wanted to acknowledge, perhaps even say out loud finally, that we can empathize with them and in many ways also relate with them about how difficult life in the U.S. is right now,” Graham said.

The movie is an incredibly powerful piece on what it is like to be a Black man in the U.S. Graham also hopes that the film will encourage students to think about the different challenges that their fellow students might be facing every day. Developing and using this empathy and understanding in your life is what Eva struggles with in the film. Graham says that simply recognizing our privilege is not enough.

“Saying you support Black and brown people is not enough. [People] also need to stand up for, support and be willing to sacrifice so that everyone is treated equally and have the same opportunities to enjoy life without fear,” Graham said.

“Trace the Line” talks about just that. Eva realized just how privileged she was to not have to fight for her life every day. Graham noted, the BLM movement isn’t just about human rights in the political sense, or even defunding the police, but it is about highlighting the abuse that Black people face constantly and asking white people to help in the fight.

For Graham, the fight is personal and important.

“As a person of color myself, I appreciated that the movie said what it’s like for us here. It’s tough! But I am always and will continue to be impressed by how, if we all only pay attention, that we are more alike than different and can get to a place where we all can live here peacefully, safely and pursue happiness,” Graham said.